Gianfranco Zola's Hammers picked up their second win inside four days at the JJB Stadium tonight thanks to a first half Carlton Cole strike.

Cole completed a superb team move on 34 minutes to score the only goal of the game and put United four points clear of eighth-placed Manchester City and just six behind sixth-placed Everton.

However the England striker's game was to end prematurely when he received his marching orders for a second bookable offence just three minutes after scoring the winning goal.

Sadly the game was marred by an appalling display from controversial referee Stuart Atwell, who at 26 is the youngest referee to have officiated in the Premier League.

Atwell, fast-tracked through the leagues by referee's chief Keith Hackett (presumably in order to encourage others to take up the role) made a string of controversial decisions that effectively ruined the game.

The decision to dismiss Cole will go down as one of the most ridiculous decisions ever - although Atwell, who was the referee at the centre of the 'phantom goal' storm in the recent Reading v Watford fixture seems intent on monopolising the top of that particular order.

As well as Cole's dismissal he made a number of incorrect decisions, although Lucas Neill will perhaps be grateful as his yellow card for going through Lee Cattermole early on in the second half should really have been rewarded with an instant red.

In fact just about the only major decision Attwell did get right was the sending off of the aforementioned Cattermole, who should count himself lucky not to be facing an assault charge for his 'tackle' on Scott Parker that left the England midfielder writhing in agony on the ground five minutes into the second half.

As bad as it was Cattermole's decision effectively ended Wigan's challenge, although up until that point they had threatened to restore parity with the ten-men Hammers forced into some desperate defending having lost Cole. Hot-shot striker Zaki went closest for Wigan on 40 minutes with a header that grazed Robert Green's left-hand post.

In truth Green was rarely troubled once the Latics had been reduced to ten men and of the two sides it was the visitors that looked the more likely to score. However the goal that won the game was a thing of beauty and a perfect demonstration of the style of football Zola's team are beginning to find second nature.

James Tomkins won the ball with a header just inside United's half before feeding Herita Ilunga. The left back slipped the ball inside to Mark Noble who in turn found Scott Parker. Parker then found David Di Michele who exchanged passes with Noble before slipping the ball into the feet of Cole on the edge of the box.

Cole's finish - a curling effort into the far right corner was sublime and worthy of winning any game. But what was most notable about the move was that the only player to take more than one touch was Parker (two touches). It will certainly take some beating.

Sadly for the Hammers there was further bad injury news with Jack Collison appearing to suffer a similar injury to that that will keep Valon Behrami out for the rest of the season. Collison, attempting to control a ball on the touchline lost his footing and his knee twisted in the JJB turf in an almost identical fashion to the Swiss last weekend.

With Cole almost certain to face a further suspension (which could be up to four games given that last night's dismissal was his second of the season) Gianfranco Zola is now beginning to see his reduced squad extremely stretched. Fortunately he has twelve days in which to take stock before basement boys WBA visit the Boleyn for United's next Premier League outing.

The win cements West Ham's seventh place, putting them four points ahead of eighth placed Manchester City. With WBA, Blackburn and Sunderland up next Zola's side have a real chance of putting some distance between themselves and the chasing pack in the race for what could be that final Europa League spot.

Attendance: 14,169.
* Something to say about this story? Please visit the KUMB Forum to leave a comment. 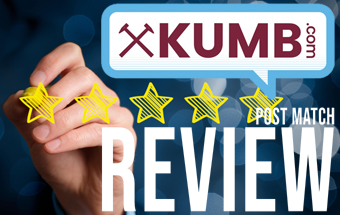 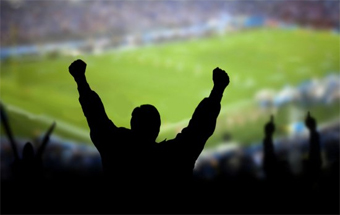