The KUMB Podcast: It's happened again! 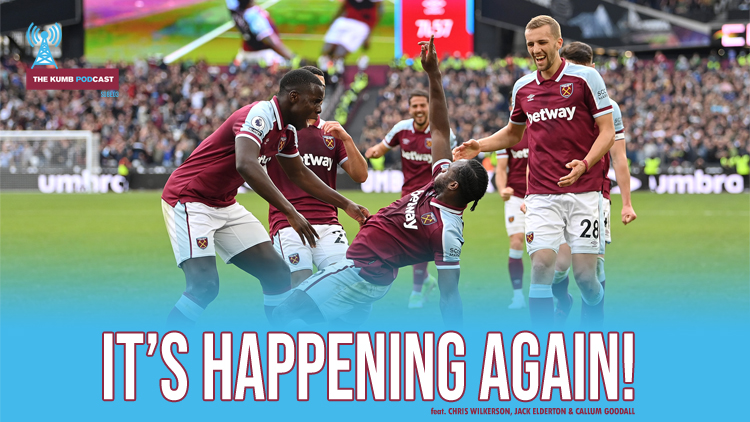 Episode three of the new series - entitled 'It's happened again!' is available now to watch via KUMB.com's YouTube channel - and neatly embedded below so you don't even have to leave the site to watch!

In this week's show the team look back at a stellar seven days in which West Ham secured three wins from three games without conceding a single goal.

Set-pieces are back. Lukasz Fabianski is back. And Tottenham are still getting battered (everywhere they go).