The one that got away

West Ham have booked their place in the last four of the League Cup for the eighth time since the competition's inception at the beginning of the 1960s.

West Ham went into the semi finals with a chance of becoming the first club to win both domestic cup competitions; in the end the FA Cup was the only one to be secured.

In the first leg at Filbert Street Greenwood's men found themselves 3-0 down inside 20 minutes before recovering with late goals from Hurst and Sealey to given themselves a fighting chance in the return leg at the Boleyn. However McLintock's 33rd minute strike gave United a mountain to climb, and West Ham's misery was exacerbated 19 minutes from time when Gibson pounced to give the visitors a comfortable 6-3 aggregate win.

The reigning Cup Winners Cup champions were at the top of their game in the mid-60s and once again chasing trophies on two fronts in this record-breaking 62-game season. Dortmund eventually accounted for United in the CWC semi finals but Greenwood's side made the final of the League Cup for the second time in three years.

Late (and lucky) goals by Moore and Byrne gave the Irons a slender Final first leg advantage to take to the Hawthorns but that lasted just ten minutes in the return tie; Albion were four-up by half time and Peters' late consolation was barely celebrated as the Hammers settled for the runners-up spot.

West Ham's passage to the semis was just about perfect, having seen off local rivals Tottenham and Arsenal before humiliating Don Revie's all-conquering Leeds in the fourth round. However they were to come unstuck against a West Brom side for the second successive season, ending the dream of four Wembley wins in four years for skipper Bobby Moore.

The tie was all but over inside the first 25 minutes of the first leg (at the Hawthorns) as the Baggies stormed into a 3-0 lead before adding a fourth on the stroke of half time. 2-1 up in the return leg through goals from Byrne and Hurst, Hammers fans sensed a potential miracle but Clark's 63rd minute equaliser killed the atmosphere - and tie.

West Ham's ten games in the competition without even reaching the final must be some sort of record (though the feat was repeated 19 years later), with only the fourth round and quarter final home wins over Liverpool and Sheffield United respectively not requiring replays.

The semi final started well enough for United when goals from Hurst (a penalty) and Best gave the Hammers a 2-1 win at the Victoria Ground in the first leg. However Richie's 73rd minute goal in the return fixture at the Boleyn Ground - combined with Gordon Banks' late penalty save from Geoff Hurst - meant a replay was necessary.

The first replay, played at Hillsborough was a fairly ordinary affair although Banks was once again at his best to keep West Ham at bay. The second replay, this time at Old Trafford was the polar opposite to its predecessor. Bobby Moore, in goal for the concussed Ferguson saved Bernard's 33rd minute penalty but not the rebound; strikes from Bonds and Brooking either side of the break gave United the advantage again but Dobing and Conroy notched the goals that took Stoke to a Wembley final for the first time in their history.

Nine years had passed since the Hammers went so far in the competition but this time around they went one better, reaching the final for the second - and last - time.

The first tie, played at Wembley saw the usually placid John Lyall tear into referee Clive Thomas after allowing a blatantly offside Liverpool effort to stand with three minutes of extra time remaining. However justice was (partially) done when Ray Stewart blasted home the equaliser two minutes later after McDermott had prevented a goalbound effort with his hand (for which no further punishment was deemed necessary).

Tonka smashes home the last-gasp Wembley equaliser
The replay, played at Villa Park a fortnight later saw Goddard give West Ham an early lead before Dalglish and Hansen won the tie for the then-European giants.

1988/89: An irrational hatred of plastic pitches

Although the Hammers reached the last four of the then-named Littlewoods Cup it is for the fourth round Paul Ince-inspired demolition of mighty Liverpool that the season is best remembered.

The semi final, on the other hand, is instantly forgettable; Allan McKnight was held culpable for allowing the first two goals (from Harford and Wegerle) to beat him at his near post but there was ittle he could do to prevent the third, a penalty for Wilson. With the second leg a formality - especially as it was being played on Luton's 'plastic pitch' where they were rarely beaten - it was no surprise when Luton coasted to a 2-0 win through goals from Harford and Wegerle again.

Undettered by the previous season's debacle, a Second Division West Ham came back for more 12 months later following another good cup that belied indifferent league form. After a marathon three-match affair against Derby the Irons were set to play on a plastic pitch once again - and once again, it was to cause United's undoing.

Now commonly known as the Valentines Day massacre, the Hammers found themselves 2-0 down at the break but slightly unlucky to be so after Slater's effort had crashed against the post. However a second half capitulation saw Lou Macari's side humiliated and with little to play for in the return leg. Some pride was restored with a Dicks-inspired 3-0 win, but it was little reward as West Ham crashed out of the competition at the semi final stage for the fifth time in seven attempts. 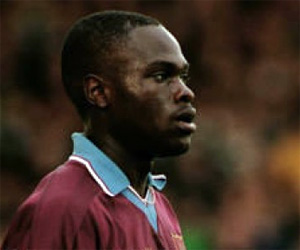 Sshh, you didn't see me, right?
Only at West Ham. Having booked their place in the semi finals of the renamed Worthington Cup, Harry Redknapp's side found themselves forced to replay the quarter final tie against Aston Villa after it was revealed that Manny Omoyinmi, who came on for the final seven minutes of extra time and barely touched the ball, had already played for another club in an earlier round of the competition whilst on loan.

Predictably the replay went the way of the visitors, who forced extra time with a late Taylor strike that cancelled out Lampard's opener before winning the tie with extra time goals from Joachim and Taylor again.

Can West Ham survive? A season in stats

The genesis of our demise

The London Stadium: a day in the life