It's with great pleasure that we welcome West Ham United FC legend Julian Dicks to KUMB.com. Julian shares his thoughts with the readers of Knees up Mother Brown on a regular basis via his weekly column, the latest of which begins with a preview of this weekend's big game... 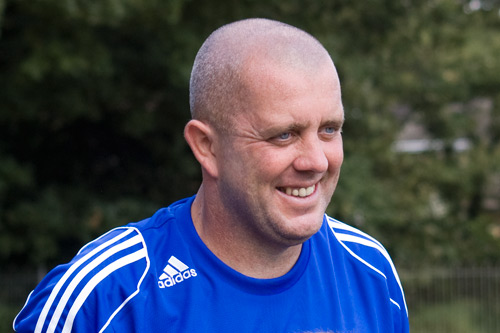 When the Saints come marching in

Tomorrow's Premier League match against Southampton is one of those games that everybody expects us to win because of the start we've had - and the start that they've had. Everybody thinks it'll be three points but it's going to be a tough game.

Southampton, even though we're still at the start of the season, are fighting for their lives. They got automatic promotion last season ahead of West Ham so I expect they'll be confident too.

Unlike Sam Allardyce I don't necessarily see it as a six-pointer. I don't think Sam's putting the players under pressure by saying that and at the end of the day they get paid well to play under pressure - but I think they'll go into this game full of confidence and I can't really see an upset (and losing would be an upset).

The fans too have a part to play and I think they, like me, will expect us to win. That'll be their expectation because of the way West Ham have started the season. If the players come out of the blocks fast, they're working hard and they pressurise Southampton the supporters will be fine.

It's when certain players look like they don't give a toss - like some games last season - that the fans can begin to criticise. That's what gets the fans' backs up; at the end of the day they pay good money to watch the players play and they expect them to give 100 per cent, at least.

The Arsenal game aside, West Ham have started the season really well so I don't see why it can't continue - but a lot will depend on how they start tomorrow.

Sam Allardyce was talking this week about having a code of conduct and it's the same at every club, as it was for us at West Ham. But people break it, whoever they are; even Alex Ferguson had to go to someone's house as he found out Ryan Giggs and Paul Scholes were at a party!

It doesn't matter who the manager is, players will always test those boundaries. So Sam will have a code of conduct but I guarantee you that someone, somewhere will have cheated it. Players will push it as far as they can and if they're going to do it to Alex Ferguson, they'll do it to anyone. I broke Harry's code of conduct at West Ham as did loads of other people - and, after all, rules are there to be broken and we all push the boundaries.

Tony Pulis said last week that players who dive should be given an automatic ban - and I agree with him. I don't see why players should be able dive about and show imaginary cards. I think it's absolutely disgraceful and they should all be banned for three games.

But how do you differentiate between a dive and a genuine fall? The referee's job is hard enough as it is. Perhaps if you send somebody off for diving and a replay shows it wasn't a dive, then you can say "we should't have sent him off" and rescind the card. But it's difficult.

These players are trying to get fellow professionals sent off which should never happen. Alright, you play for different teams but you're in the game together. I can never imagine that happening when I played with the players I played with, it just wouldn't have happened. If you went down and stayed down back then it meant you were injured - if you weren't? You got straight back up.

During my career I slapped both Jurgen Klinsmann and David Ginola for diving - although to be fair, when I played there wasn't that much of it going on. You had people like Klinsmann and Ginola who would go down too easily, but fortunately they were few and far between.

The foreign lads who came to West Ham during my time there were all good lads and they were absolutely fantastic in the dressing room. Your Futres; Danis; Slavs; Marc Riepers and Dumitrescus; they were all brilliant.

Slav[en Bilic] and Marc Rieper were quality players but I didn't learn too much from them because I'd already played with people like Alvin Martin, who was an exceptional player. I got on really well with Slav. You didn't mind them coming over if they were good players and we just gelled together as a team.

We also had some average players like Marco Boogers and people like that who didn't benefit the team, to be honest. I was playing the day he did Gary Neville at Old Trafford but don't recall much about it. Marco was a really nice bloke off the pitch; you could have a good conversation with him. He was superb as they all were individually and we never really had any players that you thought "well he shouldn't be here."

Dani was another of the foreign players; I was captain at the time he arrived in England and looked after him a bit. He was a young, exceptionally good-looking bloke and he wanted to come to London and go boozing and pulling birds as you do at that age. But at the end of the day you are a professional footballer and you've got a job to do - and I remember him being caught out one Friday night.

I got to hear about it so I pulled him to one side and said: "Look, this doesn't happen over here - you can't do this. Thursday and Friday you're not allowed out. You can go out with your missus but you certainly can't go nightclubbing or in the bars and pubs." I said: "If you do, you're letting the players down, you're letting your manager down and you're letting the fans down." He was fine after that - but you could see he just wanted to go out! 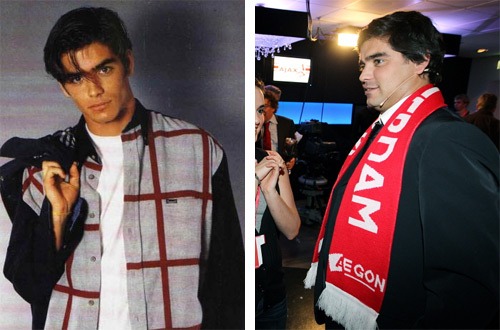 Now and then: Daniel da Cruz Carvalho (aka Dani)

I bumped into Dani recently. I went to Valencia with Liverpool about a year ago in the Masters and I was in a nightclub with a few of the players. This bloke came up to me and touched me on the shoulder. "Julian?" he went, and I said, "Yeah?" He said "It's Dani!" - and I said, "You're f*cking joking!?" He din't look like the same person at all, he'd put on a bit of weight! He was coaching kids at the time but he'd certainly changed.

I also spoke to Hugo Porfirio when I was in Portugal a while back. I went into a bar and there was a picture of me and Hugo at the Wrexham game in the snow. I asked the barman if they knew the person in the bar and they said "Yes, we do". So I asked them to get him on the phone which they did, so I had a chat with him over the phone! Hugo was a really good lad as well and a very good player.

There was also the story of Harry Redknapp discovering Florin Radiciou shopping when he should have been playing - which was perfectly true. He said he couldn't play because he was ill! He'd been collared whilst shopping. The problem is that if you don't tell the truth, someone will always grass you up. I got caught out once when I went out on a Thursday; I owned up to Harry and that was it. But you always, always get found out!

Florin was another good lad and he admitted that the Premiership was just too physical for him. But you don't play for your country as many times as he did and be a bad player. He was a damn good player, but just didn't fit into the West Ham way like a Johnny Hartson or someone like that.


Looking back: West Ham v Athletico Bilbao - the battle of the Boleyn

Julian waved goodbye to the West Ham fans on a warm Sunday afternoon in August 2000 when the club staged a testimonial against Spanish side Athletico Bilbao. It was the perfect send-off which saw a 17-man brawl erupt shortly before half time and both West Ham's Paolo Di Canio and Bilbao striker Joseba Etxeberria removed from the field of play at the request of the referee. Julian takes up the story... 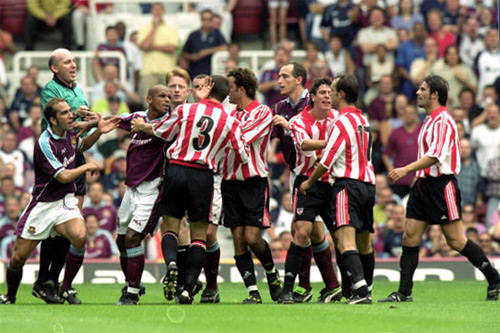 Officially there was approximately 14,000 at my testimonial match against Athletic Bilbao, but there were three stands more or less full and they held 21,000 at the time. Still, it was a lively game with Paolo getting sent off!

I remember asking Harry [Redknapp] if he could put me on for 30 minutes towards the end of the game so I could finish it and walk off at the end - but he put me on and then took me off, which I wasn't too happy about considering it was supposed to be my game!

I was getting ready in the dressing room and remember Paolo coming in. "Julian, I'm sorry," he said. "What's the matter?" I replied and he said, "I've been sent off!" He'd had a bit of a set-to with one of their players. "Oh well," I said. "That's f*cking great - I love it!"

I got sent off in two testimonials. One was Alvin Martin's - that was for fighting Paul Allen - and the other I can't remember. But the match against Bilbao was a good way to end my West Ham career and if anyone else was going to get sent off, it was Paolo! But he apologised and it was fantastic.

I had to pay Bilbao Â£35,000 to play that game even though they were already in the country. I gave them 35 grand to play - and as a momento they gave me a f*cking ashtray. A Â£35,000 ashtray! Usually for testimonials you don't pay a team anything but you get them a present instead - but I was bollocksed if I was buying them anything after that!