The Olympic Stadium: a fair poll?

Football fans are a conservative bunch. Most have their matchday routines - travel, drinking, eating and a favourite seat or spot on the terraces. It is understandable that talk of a new ground, however much it may promise future success for the team, will cause unease amongst some supporters.

In West Ham's case opinions may be even more polarised. Some fans look forward to the iconic stadium, the trophies it may bring, the larger capacity and promise of cheaper seats. Others wonder why the need to move when the Club often have to advertise to sell out the Boleyn Ground, worry about views in a partly converted athletics stadium and are concerned that the promised cheap seats will be far from the pitch.

What we do know is that 85 per cent of West Ham fans backed the Club's move to the Olympic Stadium - or did they?

Surprisingly there was no concerted campaign against the move to Stratford, perhaps partly as a result of the Club's clever strategy in carefully controlling information. Instead a group of supporters, most but not all of whom opposed the move, set up WHU'S View?, a campaign with the single aim of ensuring that an independent poll of fans took place before West Ham committed to moving to the Olympic Stadium, a procedure in line with the Football Supporters' Federation policy. A poll was promised, but not run until after the deal had been signed.

WHU'S View? suggested that the poll should be run by Electoral Reform Services, who carried out a poll determining the views of Everton supporters on their proposed stadium move. I personally proposed this at a Supporters Advisory Board meeting but it was not well received by Ms Brady. The Club chose to work with YouGov.

In May 2013 West Ham proudly announced that 85 per cent of fans supported the Olympic Stadium move. The media duly reported that such a large majority of fans backed the move but there was still disquiet amongst supporters.

Anecdotally many said they knew few in favour and questioned the poll result. A series of other polls had given very varied results, but none with such backing for the move. WHU'S View?'s own poll, carried out in 2012 when it was unclear whether the Club would hold their one, showed that 88 per cent of 2,200 match-attending fans opposed the move. Perhaps the YouGov poll deserves closer investigation.

WHU'S View? had asked for a simple Yes/No poll of season ticket holders and match attending members. YouGov's poll covered the wider supporter data base and asked respondents to choose from six options:

Just one of these options opposed the move, however this wasn't a simple no but indicated opposition 'under any circumstances'. If tickets were a fiver, pies free and Lionel Messi guaranteed to be playing centre forward, who could vote no? It appeared to some observers that the questions had been selected with the aim to achieve the 'right answer'.

It was not just the questions that raised concerns though. Supporters were not sent a simple ballot paper, or, as has been suggested by WHU'S View?, literature from those both for and against the move.

Instead, West Ham prepared what could best be described as a marketing brochure, with many pages of information extolling the virtues of moving to the Olympic Stadium. The 85 per cent who voted in favour did this after reading the Club's propaganda. How many might have shown less enthusiasm for the move if the full unbiased facts or both sides of the argument had been presented?

In determining demand for a new product it is normal to seek the views of potential new customers, so arguably West Ham were right to poll the wider data base, although of course one would normally undertake such market research well in advance of a product change, not once a deal has been signed. It is however generally recognised that one's existing long term customers are the most valuable and that it is easier to retain these than find new ones.

Many therefore question whether it was right,both morally and commercially, to afford those who rarely attend matches the same say as loyal season ticket holders. Anecdotally it seems that a larger proportion of season ticket holders oppose the move, but the Club chose not to publish such a breakdown of the poll results.

In 2013 West Ham announced a consultation with supporters on changing the Club crest. Leaving aside any discussion of the validity of this consultation and the selection of possible designs, the poll which followed deserves comment.

Again West Ham turned to YouGov and again the Club's views were presented with the poll, this time with a four-minute video narrated by former player Tony Cottee, which had to be viewed before participants could vote. A narrow majority backed the change, which controversially incorporated 'London' onto the crest. How many were swayed by the Club's video? Would the result have been different if other views or designs had also been presented with the poll?

Both polls were presented as 'independent'. No one doubted that in YouGov they had been overseen by a respected, independent organisation but some supporters expressed concern that the Club's close involvement had compromised the polls' independence. It was felt that West Ham's choice of questions and presentation of one-sided marketing information may have influenced the outcome. In effect that West Ham had manipulated the polls to get the results they wanted and that YouGov had allowed this to happen.

One KUMB poster referred to YouGov as 'What result do you want Gov?' 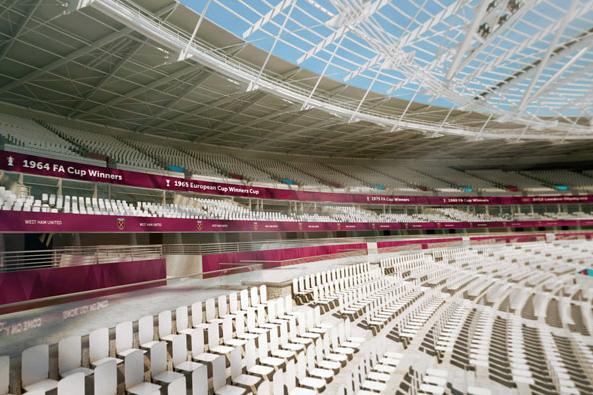 West Ham's new home - but is it what we wanted, asks Peter?

I took up these concerns with YouGov, whose Managing Director Frank Saez had been quoted by West Ham when announcing the Olympic Stadium poll result as saying: "The impressive response of nearly 12,000 completed surveys underlines the passion West Ham United fans feel about the historic move to the Olympic Stadium.

"The number of respondents is six times larger than typical survey sizes used for a robust research analysis. The immense turnout means the survey results provide a highly accurate reflection of the views of all core spectator groups including Season Ticket holders, Academy members and matchday attendees."

Responding to my concerns, Mr Saez advised that the questions and responses had been discussed with West Ham and were in line with industry practices. He said that he was happy with the wording and did not agree that they were unfair or unbalanced.

In response to the concern that providing marketing information with the polls which was very biased towards one point of view, could have affected the result of the poll, Mr Saez commented that YouGov cannot control this and that it is down to the client. He was however not concerned that the Club would not allow supporters to vote on the crest until they had viewed a marketing video and said that it is common for people to do this. He suggested that that I took up my concerns with the Club.

I put it to Mr Saez that some of the many polls that YouGov run could also be influenced by those commissioning them to get the results they want, with the suggestion that this is not what the public expect is happening when they see a poll published. Mr Saez expressed concern that misgivings about one survey should be used to draw conclusions about YouGov's polls when they run a very large number each year. He said that YouGov claim to be the UK's most accurate pollster, a claim which I would not seek to dispute.

Mr Saez made it clear that the West Ham polls were carried out according to industry guidelines and practice. I have no reason to doubt this and therefore wish to make it very clear that my concerns lie not with YouGov, but with the selection of questions and presentation of marketing information by West Ham United and the market research industry which permits such practice by the client in an 'independent' poll. I made several requests to Mr Saez to provide details of the relevant trade association(s) whose guidelines he was referring to, but received no response.

In August 2016 West Ham United will start playing at the Olympic Stadium. Whether the majority of fans wanted to move will never be known. It seems that the desire of the Club to ensure a positive result and a market research industry that appears to permit those commissioning polls to influence the result, have combined to undermine the truly independent poll that fans wanted. 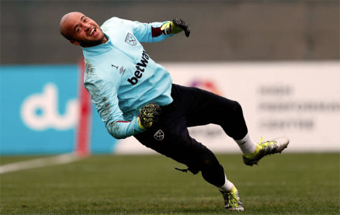