The battle for the armband: Cheik-mate

It seems likely that Kevin Nolan will be playing away from Upton Park next year or play a much smaller role than he has in recent seasons. With Nolan being the current West Ham United captain, obvious questions have been asked, just who will replace him as skipper?

It seems likely Nolan will be club captain with a new team captain appointed given that he seems to be behind the likes of Mark Noble, Stewart Downing, Cheikou Kouyate, Pedro Obiang and Morgan Amalfitano in the pecking order. It also will not be surprising to see him behind Mauro Zarate and with rumours of more midfielders coming in, it seems as though it is unlikely that Nolan will remain a regular.

Slaven Bilic will have a big decision to make in replacing one of the best captains this club has ever had, who has been pivotal to the clubâs successes over the past four years. For many, the obvious choice seems to be the incumbent vice-captain Mark Noble. Noble is of course, a one club man (what do you mean he had loan spells at Hull City and Ipswich Town?), and has made more Premier League appearances for the club than any other player.

He seems full of passion whenever he plays, although this can get the better of him; back in February he was very close to getting himself sent-off against Spurs and was taken off due to fears he would. This caused the team to lose their shape and eventually let a 2-0 lead slip to a 2-2 draw.

Yes, the midfielder has captained England at various youth levels, but in the FA Cup 3rd Round replay against Everton he was involved in an on-field spat with teammate James Tomkins and had to be dragged away by Kevin Nolan. This suggests he can sometimes be caught in the occasion, something that definitely is not a quality befitting of a captain.

Noble was also badly out of form towards the end of the season and with the signings of Pedro Obiang and Dimitri Payet and rumours of more reinforcements he, like Nolan, could have a reduced role next year.

Not including Nolan, some of West Hamâs greatest captains have been defenders - notably the likes of Bobby Moore, Billy Bonds, Alvin Martin, Julian Dicks and Lucas Neil. Two obvious candidates for captaincy from the current defence are New Zealand captain Winston Reid and James Collins.

Whilst both defenders are always 100 per cent committed and capable of helping out their less experienced partners, it is questionable if either are captain material - minly because of the amount of games they miss, as both are prone to injury. Reid missed three months of the 2013/14 season and both he and Collins have suffered niggling injuries during the past year.

The presence of James Tomkins and rumours that another central defender may be coming in makes it even less certain they will play as regularly as they would like. Having said that, they could both do a job if they do indeed play regularly. 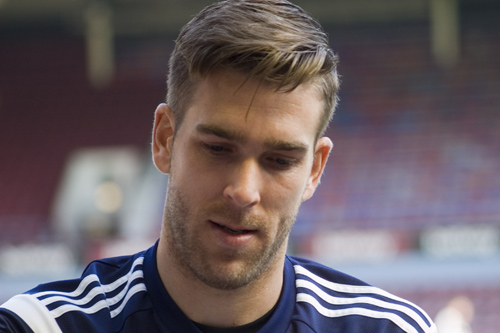 Some fans will say the captain should be the man who is currently our last line of defence, goalkeeper Adrian. Nobody could argue that Adrian does not loves West Ham, however he can be a little eccentric - illustrated most notably during the home game against Liverpool when he received a yellow card for a scuffle with Mario Balotelli, when it briefly looked like he was going to try and smash the Italian forwardâs face in.

That same day Adrian nearly got a second yellow and gave away a penalty for a foul on Fabio Borini. Whilst he escaped without punishment, his challenge was unnecessary and we could have gone down to ten men and Liverpool could have equalised with the resultant penalty.

He also received a red card against Southampton, which was later rescinded, but the fact of the matter remains - he should have cleared the ball first time rather than try to skill Sadio Mane; then it would not have been a problem.

West Ham then wasted a substitution which meant Andy Carroll had to stay on the field, despite the fact he could barely walk and never featured again after that. On both of those occasions Adrian caused a problem for the team, when it couldâve easily have been avoided.

A stick often used to beat Kevin Nolan with is his dismissals against Millwall, Liverpool and Fulham. So surely Adrian should have his sending off/near sending offs count against him? Make no doubt about it, he is another in a long line of excellent West Ham goalkeepers but that could count against him. Heâs a goalkeeper and many would argue that the captain should be a player who can be in the thick of the action.

The club seem to have an abundance of high quality midfielders. As mentioned before, Mark Noble is a well-supported candidate. Another potential candidate is Stewart Downing, but as his only previous experience as skipper was the 5-0 thrashing at Nottingham Forest and he seems to try and avoid tackles and tackling at all costs. Excellent player definitely, captain material? Certainly not.

Alex Song, who was pictured at the Boleyn Ground last Thursday night captained the club a few times during his season-long loan from Barcelona. However the main problem many have with Song is his loss of form during the latter part of the season. Whilst during the final few games he looked a lot better, he experienced what was surely the greatest dip on form that is known to man. In a matter of games he went from Trevor Brooking to Adam Nowland.

Consistency is key for a captain. When the heads begin to drop a captain has to be able to give his all and drive a team on. Whilst Song can be more than capable of that, he needs to prove he can do it consistently, which he didnât do last season. To sum it up, he hasnât shown enough to be captain material.

All these possible candidates have got great qualities, but it is another midfielder who seems to tick all the boxes required to be an excellent captain. That man in Cheikhou Kouyate. 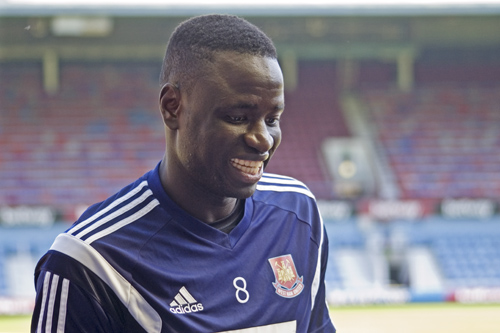 Kouyate is an absolute beast of a player, he is as good as Mo Diame thinks he is. The Senegalese midfielder has been played out of position and not thrown a strop about it. He was still able to put in magnificent performances, out of position, as a central defender against Manchester United (he played there with Collins and Reid injured).

Downing has not been able to perform out wide and Song suffered when pushed back to protecting the back four. Kouyate has been a consistent performer and brings good performances when it matters, scoring goals in big games against Arsenal, Spurs and Man Utd. He is also a great ambassador for the club, having worked hard to get to the position where he is, and is keen to spend time with his fans.

Whilst he isnât immune to injuries, Kouyate seems to be able to take a lot more knocks than most players and is able to recover a lot quicker, something which means strikers Andy Carroll and Diafra Sakho are not realistic candidates. (You thought I was going to miss out strikers, didnât you?)

He also seems to be the only player that was almost guaranteed to play our matches last year (bar perhaps Adrian, Carl Jenkinson and Aaron Cresswell). So barring an extraordinarily-influential signing, it seems difficult to look further than Cheikou Kouyate as the next captain of West Ham United.