Maybe, maybe it's not always their fault...but then again!

It's tin hat time again for our wondrous owners. Right in the firing line from enraged fans after a largely non-existent transfer window.

The on-line rantings, largely incoherent and lacking in any real understanding of the transfer market, the FFP restrictions and the budgetary limits us and every club is working under, have swamped social media since the window slammed shut on Thursday night. 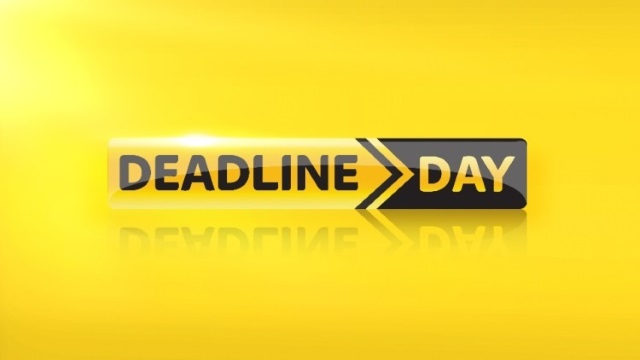 Firstly, I will not excuse this board for the chronic under-spending over the last few years. We have failed to keep up with our rivals and give the impression that we only try to do things on the cheap.

That was the root cause of much of the unrest last season, it has got us into a position where I can see 16 plus players who are too old, vastly too expensive, not good enough, not interested enough or just the famous chairman's punts being sold or freed this summer. We are facing the biggest clear out of underachievers in the club's history.

But, and this hurts to say it, our owners are not always totally wrong when it comes to the market and the window.

This is a horrible time to buy players. Valueless, mid-range players are vastly overpriced, the same goes for unwanted players in squad that clubs want to get rid of. Young prospects from lower divisions have ridiculous price tags on their heads.

Too many players see this as a time to grab the money, do nothing, sit on the bench. Or just wind down their contracts and bank the shed loads of cash. We also having a falling pound, which hits value, plus the doubts over Brexit and just who will be allowed to stay here and play in our leagues.

And desperate clubs - Crystal Palace maybe - are trapped in a distorted market where they have to pay through the nose for everything. Then you have clubs, maybe like us, who at last won't be held to ransom. That comes from being halfway up the Premier League rather than in the bottom six.

OK, let's get Michy Batshuayi out of the way. We decided not to pay him ?160,000-a-week for three months work. That's almost ?2million in wages alone. Chelsea wanted a ?2million loan fee and the agent wanted ?1million for his debatable efforts. Us, Real Betis and Fulham wouldn't pay.

The player wanted to go to Spurs who were not interested, and Chelsea would never sell to them anyway. So as time ticked down, Chelsea started to offer him around and cut their fee in half. Palace, four points off the drop (eight behind us) and with their best player Wilf Zaha about to be banned for maybe three games, paid the extortionate demands.


Their needs were greater than ours. They needed reinforcements and clearly were happy to pay the wages. Let's face it, had we still been in the Cup and won at either Wolves or Bournemouth, nobody would be having this conversation. He had turned us down three times before, anyway.

You see, our board have taken a gamble. We are 12 points off the relegation zone and that should be enough to stay up. We could spend money on players of debatable quality and maybe get seventh spot.

And it is a gamble. We have just lost two league games on the trot, we have Liverpool and Manchester City coming up and a trip to Palace - who will really fancy it -while Fulham come to the LS. On Current form we may win only win one of those, and that could see us dragged back into the dogfight. As I said, the board have taken a gamble.

And nobody can say we weren't warned. Every sensible media outlet has explained that the club does not have the money and would only be bringing in players if others were sold. We could not get rid of Lucas Perez, despite hawking him around Europe all month. We refused a poor offer from Valencia for Chicharito. And we refused to buckle under the pressures to sell Marko Arnautovic.

Six youngsters have gone out on loan, Samir Nasri has been signed on a free, as has the Portuguese kid Mesaaque Dju. A list that is not enough in many eyes. But shouting for another ?100million to be spent on a string of 'next level' players is just nonsense.

The FFP rules forbid it. We are hamstrung by a budget for transfers and wages that depend on last season's figure plus a small upgrade. It is not possible for super-rich owners to throw money at the problems any more.


These rules, fraudulent in my eyes, were introduced supposedly to stop clubs overspending and going out of business. But their real purpose is to keep Europe and the Premier League's elite in a protected position which stops smaller rivals challenging them in any way.

And we are going to discover that more and more. Like Everton, like Leicester, there is a glass ceiling we are not allowed to crack.

Everybody was clear at the end of the last summer window that we had spent all we were allowed to spend. In fact, Manuel Pellegrini wasn't able to buy the experienced holding midfield player he wanted, and had to bring in Carlos Sanchez and play Declan Rice in that position.

FFP is season-based, not a yearly restriction. So if we were spent-up in September, we are still spent-up in January. Unless we could offload dead wood, which didn't happen.

So you can shout and bawl at the owners all you like, it won't change the basics of the market we were operating in. Right, that's my defence of the board out of the way. It pays not to assume we do not know what we are doing.

There was one long-running saga, Maxi Gomez, and that seems to have gone very flat now with the player voicing views that West Ham are not in Europe, which puts in some doubt whether we will have any more joy going back in the summer.

As usual there were some odd rumours filtering out about that deal. Gomez's agent is the UK based company Stellar Group, and there seems to be an intermediary agent involved here. Usual practice, I know, and David Sullivan does love an intermediary. Who that was I don't know, but word from Spain is that he managed to foul-up negotiations somewhat.

Pelle's problem now is that all four of his main strikers seem to want away. Perez, Hernandez, Andy Carroll - selling his house now and believed to be fancying a spell in the MLS - plus the now untrustworthy Arnautovic. Getting the best of that lot will be a work of genius by the manager.


So we look forward to the summer. Four players are out of contract. Moses Makasi, currently on loan at Stevenage, Toni Martinez - somewhere in Spain - Carroll, somewhere in Essex, and Adrian. I'm not sure whether any will be offered new deals.

Apart from the obvious three - Arnautovic, Perez and Chicharito - there are nine more the club would probably like to shift; Sam Byram, Arthur Masuaku, Angelo Ogbonna, Winston Reid, Oxford, Pedro Obiang, Edimilson Fernandes, Josh Cullen and Jordan Hugill. And then we have to rebuild. It's some job for our manager.

In the firing line?

A good time for Brady to go

This league's too big for you