In his homeland his nickname is the Czech Sphinx, because heâs inscrutable and silent. Here heâs a man of mystery who could change the course of West Hamâs future forever.

The Czech is here, and West Ham fans hope, some assume, that the cheques will follow. For GSB, well they surely can hardly believe their luck to have Danny K on board, with wealth and influence to dwarf anything David Gold and David Sullivan can muster (twice as much, roughly). 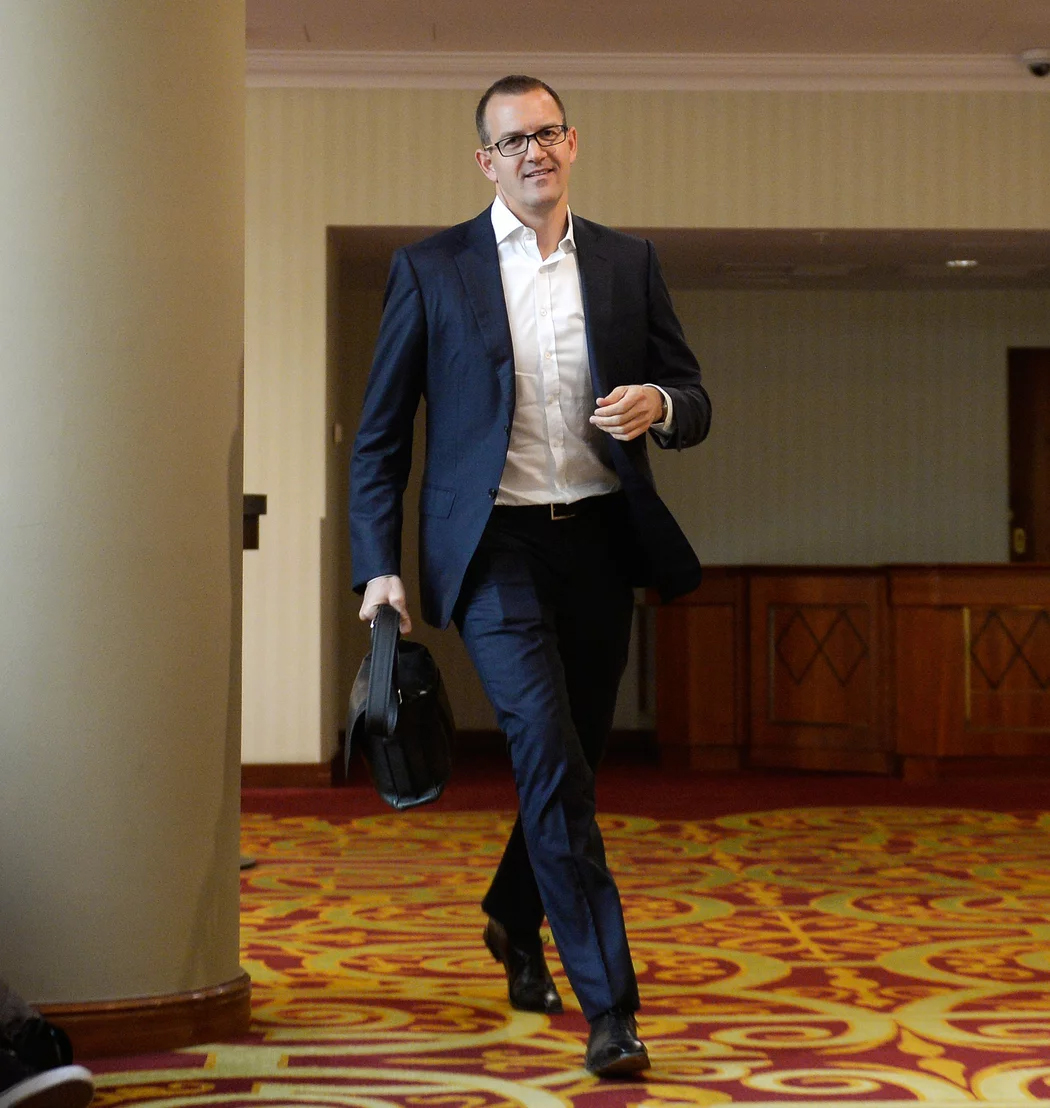 He now owns 27% of West Ham United, stumped up around Â£180m and is on the board with his associate Pavel Horsky. His girlfriend is Anna Kellnerova, the daughter and heir to the late Petr Kellner, the richest man in the Czech Republic, tragically lost in a helicopter accident last year.

Much of this, of course, we already know. His move onto the club's board, announced on Wednesday, had been so heavily trailed nobody was a bit surprised. In fact it sailed through without the delirium, shock and horror that accompanied Newcastleâs takeover by those nasty Saudis.

Itâs been an almost saintly passage into Stratford. Currently, nobody seems to have found the bodies yet, none of his associates are minus limbs or have come into close contact with chainsaws. So thatâs a relief.

Our fans have contained themselves enough not to be prancing round the London Stadium with tea towels on their heads, or whatever the national costume of the Czech Republic is. Such is the massive debt around West Ham, something like Â£150m, you sense that the arrival of Special K could not have come quick enough.

Whatever PR guff is being pumped out about this deal, there is no way Kretinsky is just going to sit around in the VIP seats. It would amaze many if he became some sort of silent, sleeping partner.

We keep being told that GSB are not going anywhere soon, that they are grateful to be âworking togetherâ with a billionaire who has financial interests across Europe and beyond and is renowned for not doing interviews.

But Kretinsky and Co. will want control sooner or later. And the smart money is on the fact that the stadium and the Olympic Park are up for grabs. The stadium is owned by the government, in one form or another and is losing millions by the week.

The powers that be want it off the wage bill, so to speak, thereâs an election coming up and this needs to be sorted.

The most interesting point is that when the failed PAI bid took centre stage they had detailed discussions with the LLDC, the body that runs the whole shooting match. Laughably their involvement in discussions were criticised by some as none of their business.

Yeah right, why on earth would they not want to know who potential new tenants are going to be? 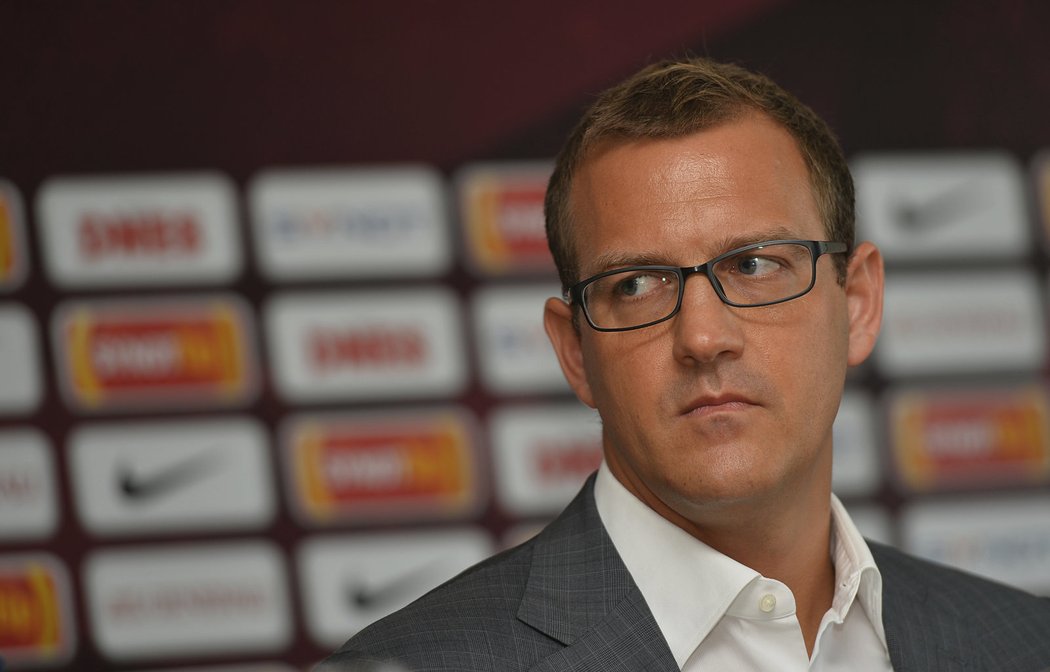 A serious player, Kretinsky is worth ITRO Â£3bn

Now it would surely be nonsense if they did not want a chat with Danny K. I bet they are chomping at the bit. The thought of someone not wanting to maximise their new asset is laughable - and you can bet that higher authority in Whitehall will be only too keen to end their expensive association with Stratford.

This, surely, is where the money lies for new ownership. PAI had plenty of plans, and itâs gratifying to see that Rio and Anton Ferdinand are nowhere near this new deal. We will sell Declan Rice when we want to, lads.

People keep telling us that any further change of control is a way off, but looking at the new share ownership it would not take much for Kretinsky to pick off smaller holdings to challenge Sullivanâs major shareholding.

Albert Tripp Smith and the small fry can muster 10 per cent of the club and thereâs even a suggestion that one of the smaller shareholdings has already sold up. There was certainly one who did not take part in the share issue of last year.

Everyoneâs holding has been diluted by the extra shares for Kretinsky. Sullivan on 38.8%, Gold 25.1%, Tripp 8% and the rest on 1.1%. The one element who does not seem to benefit from all this is the tax payer.

The deal that formed part of the original agreement that saw West Ham move to Stratford allowed for a charge to be made if the owners sold before 2023. Now with share issues, new shares, loans, financial agreements and general investments by our owners, the 2023 clause is barely worth the paper it is printed on.

All this will be of no concern to Kretinsky, who will see this as a major move into top level UK football to add to his minority ownership of Sparta Prague.

He is a very interesting guy, who has diversified into media, where he owns Le Monde in France and has financial interests in Germany, Italy and UK where he holds stakes in Royal Mail and Sainsburys.

But it is EPH, the energy conglomerate involving gas, electricity, coal and nuclear power plants that is the bulk of his financial empire. His acquisition of the Eustream gas pipeline in 2013, pumping Russian gas into western Europe really put him on the map. Heâs also involved with Gazprom, but without seemingly being tainted by contact with Vladimir Putin.

Kretinsky is known back home as a second generation Czech oligarch who invests in energy, media and politics. The first generation were the ones who made their fortunes during privatisation in the 1990s, the Roman Abramovichâs of the Czech Republic if you like.

Heâs almost too good to be true. Heâs arrived in east London without a beheading to his name, which will surely hack off those touchy Geordies. All there is to say now is... can you buy us a striker, midfielder, centre back and right back, Danny boy,? And be quick about it.