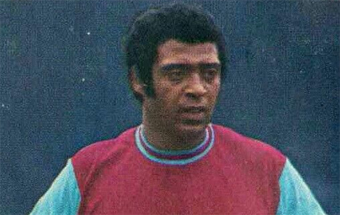 If he had lived, it would have been John Charles' 77th birthday today.

I have recently been reading Michael Calvin's award-winning book, The Nowhere Men: The Unknown Story of Football's True Talent Spotters (2013). 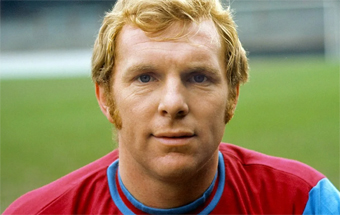 Why was Bobby Moore treated so badly?

After England won the World Cup in 1966, leading figures at the FA were knighted for their efforts. Alf Ramsey, the manager was knighted in 1967.

Bobby Moore is often portrayed as the perfect England captain. 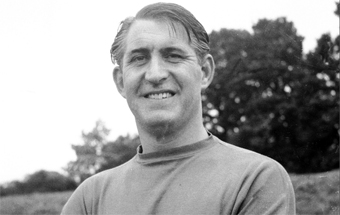 When I first went to Upton Park the West Ham goalkeeper was Ernie Gregory. He was one of the longest-serving figures in West Ham United's 125-year history.

When I first started to go to Upton Park in the 1950s one of the key members of the West Ham team was defensive midfielder, Andy Malcolm. 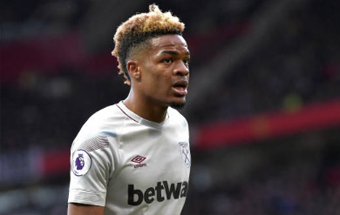 My dad took me to my first football game when I was eight-years old. It was Spurs v Arsenal on 10th October 1953.

The origin of the claret and blue

My father took me to my first football game when I was about six years old. He was born in North Landon and was a passionate Sp*rs fan. The game was against Arsenal. I stood on a stool at the front and I watched the game through the curved railings that was on the top of the wall.

Success and conservatism: the managerâs dilemma

In his book "The Mackericks: English Football When Flair Wore Flares" (1994), Rob Steen suggested that winning the World Cup in 1966 was the worst thing that could have happened to English football because "it established deep in the English footballing consciousness the notion that the functionality of Alf Ramsayâs side was the only way to achieve success". Steen was making the important point that the problem with success is that it breeds conservatism.

Great Britain declared war on Germany on 4th August, 1914. Cricket and rugby competitions stopped almost immediately after the outbreak of the First World War. However, the Football League continued with the 1914-15 season.

In 1905 Syd King, the manager of West Ham, was asked to write a history of the club. King was the right man to ask as he joined the club as a player in 1899. I thought KUMB.com readers might be interested in reading the following article ...

The song remains the same

When John Lyall was dismissed at start of the 1988/89 season he became the first West Ham manager to be sacked because of the performance of the team. This amazing fact tells us a great deal about what has been wrong with the West Ham set-up over the years.

When I went to Wembley to see West Ham defeat TSV Munchen in the European Cup Winners Cup in 1965, ten of the team had been born in London - and most had come from the academy (the 11th had been born in Worcester).

Although the Hammers had been in reasonably good form recently, the omens were not good for the game against WBA. It had been over a year since West Ham had won a game with Carlton Cole in the side. Behrami and Collison, two of our most influencial players in recent months, were both out with long-term injuries.

It could be argued that fans of West Ham will only be convinced that we are on the right track when we manage to win at Bolton. So far we have never won at the Reebok Stadium and have only beaten Bolton away on one occasion in fifty years. Our last victory was at Burnden Park when Tony Cottee was on the score-sheet. As we were unbeaten away from home since October, and Bolton had only won once in seven games, this seemed to be the game that was going to change the record books.

In my report on the Arsenal game I argued that the real test will be when Zola is forced to make changes to a team that was performing well. I raised doubts about the quality of the players in the squad who will need to come in if anyone gets injured.

The newspaper reports of the game against Manchester United will do doubt be dominated by the activities of their aging stars. The 35-year-old Ryan Giggs will rightly be praised for scoring in every Premier League season since the competition's inaugural campaign of 1992-93. Edwin van der Sar will also dominant the headlines with his 13th consecutive clean sheet in the league that sets a new British record.

Two years ago, when West Ham became the first visiting team to win at the Emirates, Robert Green was in outstanding form. This time Arsenal only managed three shots on target and two of these were straight at the goalkeeper. The Hammers have now drawn at Chelsea, Liverpool and Arsenal and Steve Clarke, speaking after the game rightly pointed out that: "It's very important for the players' confidence to come to these places and get a draw. There has been significant progress from October."

Francis Bacon once said that âhope is a good breakfast, but a bad supperâ. After the game Zola and Clarke went into a two-man huddle and had a quiet chat. There was a look of satisfaction on their faces and it would seem that they are gradually producing a team that should provide a diet of success for the long-suffering Upton Park fans.

In the press conference before the game Zola made it clear that he was going to play his first-eleven against Hartlepool as he was âdesperate to take West Ham all the way to Wembley.â The fact, that Faubert and Tomkins replaced Neill and Upson is therefore highly significant.

Gianfranco Zola's appointment as West Hamâs manager caused me some concern. The historical record shows that top players rarely make great coaches. It is argued that naturally gifted players find it virtually impossible to understand how to coach someone to greatness. What is more, Zolaâs only experience was of coaching the Italy Under-21 team.