There were no less than eleven categories to vote in this year, KUMB.com's thirteenth annual poll. 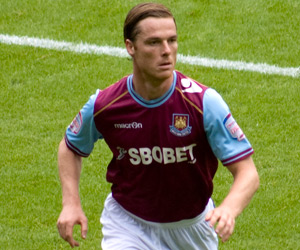 Scott Parker becomes the first player to win this category twice since we started in 1997 - and he does so with an absolute landslide following an excellent season in which he stood head and shoulders above the rest of the squad. Last year the 29-year-old narrowly pipped Matthew Upson and Rob Green but this year only a handful of voters picked someone else. Julien Faubert, whose days at the club looked numbered this time last year overcame personal tragedy to put in a good season at right back whilst England World Cup front-runner Rob Green once again comes in third.

YOUNG PLAYER OF THE YEAR 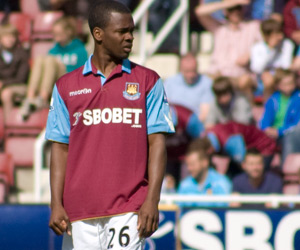 It was a case of what could have been for this year's deserving winner Zavon Hines. Having showed signs of his undoubted ability during the pre-season tour of China the England under-21 hit the back pages following a stunning display against Liverpool in which he humiliated England new boy Jamie Carragher, before proving match-winner against Aston Villa. Then disaster struck; an injury sustained against Man Utd at the end of 2009 led to him missing the rest of the season through injury. Here's hoping he'll be back early next season. James Tomkins, despite some inconsistent end-of-season outings gets the nod as runner-up for his overall contribution this term, whilst Jack Collison - last years' winner and another still on the injury list - wraps up third, narrowly pipping Junior Stanislas and Fabio Daprela.

Poor old Wigan. Last year Carlton Cole's perfect team goal at the DW won this category and this year it's Scott Parker's aforementioned-effort against the Latics at the Boleyn. Picking up the ball inside the Wigan half, Parker set off towards the opposition goal before unleashing an unstoppable drive from some 25 yards. It was quite important too, as previously noted. Carlton Cole's absolute belter against Tottenham narrowly pips Ilan's flying header at Goodison into third. For the record, Scott Parker's goal at Stamford Bridge - which was named GotS by the club - came fourth. He enthralled and enfuriated in equal measure but you voted Alessandro Diamanti as your best signing of the season by some distance (making the number 32 something of a lucky omen following Carlos Tevez's win in this category three years ago). In second, The General showed that not all over-30s are just out for a last payday with a great season which will hopefully end with an equally positive experience in South Africa this summer. Completing our three for 09/10 is January signing Ilan, whose vital goals in the final weeks of the season were duly recognised. 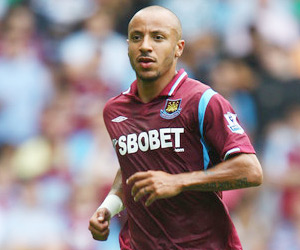 When the formerly flying Frenchman was spotted snoozing on the bench at Real Madrid this time last year few would have predicted that he would ever win his place in West Ham's first team squad back; indeed, his days at the club looked numbered. But having fought back against his critics - and having won over the Boleyn crowd, with whom he developed a greater affinity following the sad death of his mother - Faubert went on to enjoy a solid season at right back whilst adding an occasionally potent attacking threat. Some way behind was Gianfranco Zola's penultimate signing, Manuel Da Costa, who ended the season well after a few shaky early performances whilst last year's winner Carlton Cole (who technically should be some kind of 'super-player' by now) completes the trio.

The emotion bottled up by a season fraught with worry was released, en-masse, the moment super Scotty Parker smashed home the 75th-minute goal that would ensure our Premier League survival. Any other season but this and the eventful return of the Old Foe and the repercussions of that night may have gathered more votes, whilst the equally-important point at Everton - which kick-started our late revival - gathered enough votes to sneak third. 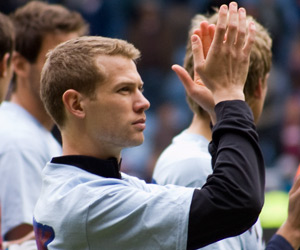 Thrust into unfamiliar territory at left back - having played his entire career on the other side - this year's winner, Jon Spector, became the latest target of the Boleyn boo-boys as the season dragged on. Whether his performances were further hindered by his poor standing amongst the fans is open for debate but it became clear that he was becoming further unsettled by continuing to play out of position. His reward was to end the season on the bench. Mido made big noises about getting back to his best and only being paid £1,000 a week - ever get the feeling you've been cheated? Dyer, in third, should perhaps have been made exempt on the basis that you had to actually 'play' to feature in this category. 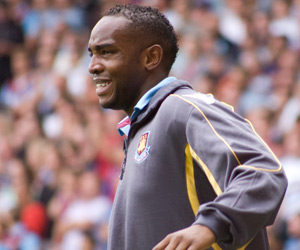 McCarthy, we were told, was hungry for success at West Ham. You can insert your own punchline right there. No goals, not a single 90-minute performance and a waistline Mido would be proud of. Speaking of which... your runner-up in the Worst Player category also takes silver here for an equally astounding lack of effort. Scott Duxbury said Franco Zola wanted to build a team around third-placed Jimenez, which was just as well as the Chilean contributed the grand sum of naff all before we sent him packing halfway through his season-long loan spell. 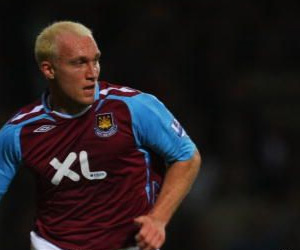 Although we all knew it was coming, the final confirmation of Dean Ashton's premature retirement from professional football due to a persistent ankle problem was a real choker - not just for what he gave to and promised West Ham, but also to England whose attack he may well have been spearheading in South Africa this summer. Good luck, Deano. The stress of a grubby season-long affair with the Premier League's relegation zone was too much for around a quarter of voters, whilst the recent sacking of Gianfranco Zola - and the circumstances surrounding it - rankled sufficiently to grab third spot.

There were three outstanding candidates for our newest category and Dean Ashton, whose contributions have been sadly missed in the last 18 months just about pipped James Collins, sold to Aston Villa on the final day of last summer's transfer window to the number one spot. Despite Julien Faubert's decent season at right back Lucas Neill was also missed by many, perhaps as much for his role as a leader as for his actual footballing ability. The Icelandic striker wins the dubious honour of becoming the first player to win the Keith Hackett memorial award thanks to having a week in London at West Ham's expense back in January before legging it up the road and signing for Tottenham. As if the cod thieves hadn't given us enough grief already. Moving on, an appearance at Tony Carr's testimonial in West Ham colours failed to change the mind of those undisposed to the Chelsea captain whilst that old rogue, good old 'Arry, continued to make friends and impress people by joining Tottenham.

That's that for another year; thank you once again to all of our readers who voted in this year's poll and for your continued support of KUMB.com.