Once again there were eleven categories for readers to vote in this year, KUMB.com's seventeenth annual poll.

For the very first time, the KUMB Awards were announced live at a special awards evening featuring Frank McAvennie, Martin 'Mad Dog' Allen and Jeremy Nicholas. You may listen to a Podcast of the entire event here. 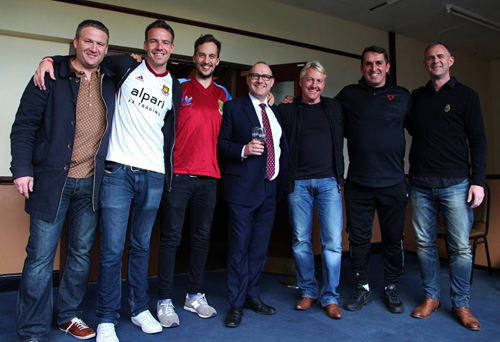 Mark Noble is the KUMB.com Player of the Year for 2013/14 having secured more than half of the votes cast by our readers. The Canning Town-born midfielder - a bona fide, hown-grown hero - had an excellent season in the Hammers' engine room and is a deserved winner of The Big One for the very first time.

Another player who enjoyed a successful first season - and his first in the Premier League - was goalkeeper Adrian, who was your runner-up this year. Narrowly pipped to second place was Dylan Tombides, the young Hammer who sadly lost his fight with cancer last month.

Everyone involved with West Ham United was both shocked and deeply saddened when it was announced in April that young Australian forward Dylan Tombides had finally succumbed to the wicked disease he had so bravely fought for three years. Only 20 when he died, Dylan's determination to beat cancer saw him representing both club and country as recently as January and it was his courage and

Runner-up Robert Hall spent time on loan with Bolton and Birmingham in the Championship in addition to his three appearances in claret and blue whilst the worrying lack of young, fresh talent emerging from the Academy this season is perhaps highlighted by the inclusion of Ravel Morrison in third place; the 19-year-old has spent the entire season on loan at Birmingham.

It was a wonderful, unique goal from a incredible talented individual that overwhelmingly topped our poll this year. Morrison, who ended the season on loan at QPR (and on the bench) tore through a static Spurs defence to score the third killer goal against our London rivals on a wonderful night in North London.

Although the rest were fighting for scraps, Modibo Maiga - who also ended the season on loan in the Championship with Rangers - secured second spot in this year's poll for his effort also against a hapless Spurs, whilst Kevin Nolan's athletic finish against Swansea grabbed third spot.

It was to prove to be just the first of three spectacular wins over Tottenham in what was otherwise a difficult season for the Hammers and your overwhelming choice for Most Memorable Match. Goalless at the break, West Ham secured a famous 3-0 win with second half strikes from Winston Reid, Ricardo Vaz Te and the aforementioned Ravel Morrison.

It was the second of those wins - a 2-1 success the week before Christmas thanks to goals from Matt Jarvis and Modibo Maiga - that secured second spot in this year's poll, with the backs-to-the-wall performance at Chelsea - that prompted Jose Mourinho to accuse Sam Allardyce of playing 19th-century football - taking third place.

SIgned on a free transfer from Real Betis in the summer of 2013, Adrian took almost half-a-season to dislodge Jussi Jaaskelainen from the number one spot but once he had, there was no looking back for the boy from Seville. His point-saving performance at Stamford Bridge alone was as good any any from a West Ham 'keeper since Rob Green's virtuoso performance at the Emirates in 2006/07.

With a fairly limited field to choose from this year, Stewart Downing - who signed for £5millioon in a switch from Liverpool - came in secon, whilst Carlton Cole's re-signing was considered important enough to take third place this year. 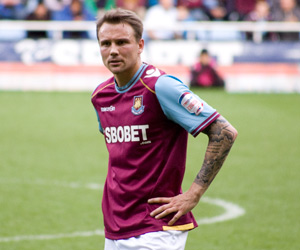 Barely used prior to Christmas, Taylor was thrust into the Hammers midfield on a regular basis from the end of December since when he has become a reasonably permanent fixture in Sam Allardyce's first XI. A surprise choice perhaps, Taylor - who polled one in every four votes cast - is your oldest ever winner of Most Improved by some considerable margin.

At the other end of the scale and narrowly beaten into second place was central defender James Tomkins, a mere whippersnapper in comparison at the age of just 25. The final place in this year's award went to (21-year-old) Ravel Morrison, who only made 21 appearances for West Ham before being shipped out on loan to Championship side Queens Park Rangers. The second award in this year's list for the sadly-departed Dylan Tombides, who passed away earlier this year following a brave fight against testicular cancer. The Australian youth international and member of the West Ham Academy took well in excess of half your votes in this year's Much Missed category, following his premature death.

Your Goal of the Season winner Ravel Morrison received his fifth mention in this year's awards as the result of having been sent out on loan to QPR in January, whilst Gary O'Neil - now also of Queens Park Rangers - completed this year's top three with just over four per cent of your votes. 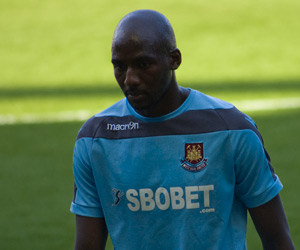 Signed by Sam Allardyce in the summer of 2012, the permanently-injured former French international has cost West Ham millions for little if no return. He managed to drag himself out of the treatment room to play eight times for West Ham this year and it was no surprise that he was involved when the humiliating defeats at Nottingham Forest (5-0) and Manchester City (6-0) occurred.

A rather less costly waste of time in the shape of former Fulham striker Mladen Petric took second place in this season's poll; signed as an emergency striker to replace Carlton Cole the Croat managed just four appearances before a combination of injury and the re-signing of Cole signalled his end. Razvan Rat, who promised much but produced little - except for some great onesie shots in the Club's Christmas catalogue - came in narrowly behind Petric. 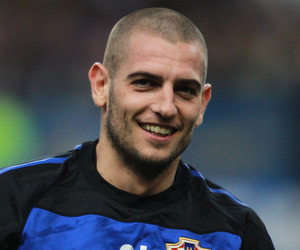 Pipped to the post in Worst Player, Mladen Petric scored twice as many votes as his nearest rival to take this year's Worst Signing 'award'. Signed on a free transfer the then-32-year-old managed only 100 minutes or so of football in a claret and blue shirt - four appearances, all from the bench - before injury curtailed his contribution and his contract was torn up.

Rat, signed with much promise including 'Champions League experience' spectacularly failed to deliver and despite being a nice bloke was way out of his depth in the modern-day Premier League. Roger Johnson, a loan signing from League One Wolves didn't let anyone down but the 'Relegator' tag remained with him. 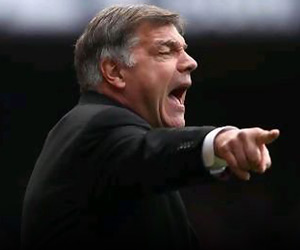 It almost cost him his job but Sam Allardyce's insistence on 'pragmatic' football as opposed to (buzz word) 'expansive' football eventually proved good enough to secure a 13th-place Premier League finish in 2013/14. However that wasn't enough for many supporters who felt the entertainment value had hit rock bottom at times.

Despite having several irons in the fire the Club failed to secure that much-needed back-up to Andy Carroll during last summer's transfer window - something that briefly threatened to cost the club its Premier League status. Finally, the shocking display at the City Ground - when Allardyce opted to field a number of inexperienced youth players in order to preserve his first team stars for the impending Capital One CUp semi final at Manchester City - took third spot this year.


KUMB PODCAST GUEST OF THE YEAR

The KUMB Podcast started life in January 2013 and we decided to celebrate our first full season by selecting our favourite guest from the previous nine months. Chosen by presenters Chris Scull and James Longman the clear favourite from a wonderful line-up of guests was former midfielder Ian Bishop, who had us all in stitches with his tales of locker room mischief and other tales from Chadwell Heath.

You can listen to Bish's winning interview with the KUMB Podcast here. 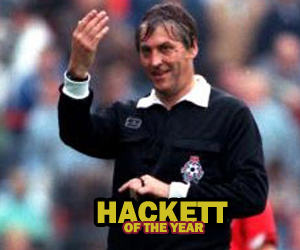 After two years of Barry Hearn domination we finally have a new Hackett of the Year - step forward Swansea's Spanish defender Chico Flores, who was your clear winner as a result of feigning injury which led to Andy Carroll's dismissal at the Boleyn Ground back in February. The &%^&.

Some distance behind in second place was Sam Allardyce, who was castigated for daring to cup his hand to his ear after his team were booed off following a 2-1 win over ten-men Hull City. Finally, Howard Webb did his bit for the referee's union by taking third spot for failing to rescind the red card he issued to Carroll after Flores disgracefully pretended to have been clumped.


And that's it for another year - our sincere thanks to everyone who voted in this year's poll and for your continued support of KUMB.com. We'll see you back in the Premier League in 2014/15 and back here next summer for our 18th annual readers' poll!