Welcome to the ninth annual KUMB awards, for the 2005/06 season. We asked you to vote in seven categories this time around; here's how you saw it. 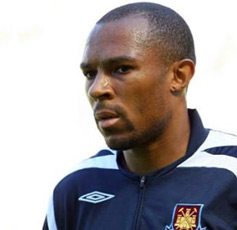 The Welsh wizard arrived at West Ham last July as Alan Pardew sought to strengthen his inexperienced defence ahead of the new season. With no previous Premiership experience behind him one or two eyebrows were raised when Pardew claimed in August that Gabbs would be a strong candidate for Player of the Year - but having taken to the big league like a duck to water, the 26-year-old proved his boss absolutely spot on. £500,000 for our runner-up Marlon Harewood is a bloody ridiculous price when taking his 16-goal tally into account, whilst the new King of Israel comes in a very respectable third place in what is also his first season at the club. 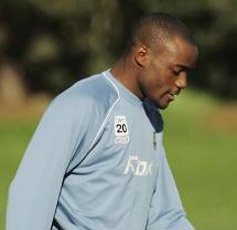 With only a handful of under-21s at the club having first team experience the young player category was always going to be a two-horse race this season. Club captain Nigel Reo-Coker just sneaks it ahead of Anton Ferdinand, who also finished runner-up in this category last year. Reo-Coker capped a fabulous season by being drafted in to England's stand-by World Cup squad and becoming West Ham's youngest ever FA Cup final captain, and wins his first ever KUMB award in a category in which he didn't even feature last year. Our 04/05 winner Mark Noble has suffered with injuries this season although has recently impressed on loan at Championship side Hull; he grabs enough votes to sneak third spot. 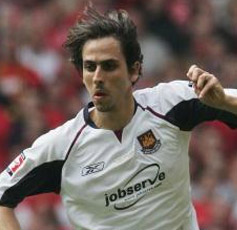 Little Yossi B was the final piece in Alan Pardew's jigsaw last summer and it was he who you felt made the most difference to the team this year. Having spurned Bolton to join West Ham last summer the Israeli midfielder was the creative force required to turn the Hammers into a real threat this season; Alan Pardew's £2.5m investment was yet another sound one. Player of the Year Danny Gabbidon narrowly misses out on a second award in second place, whilst £7m man Dean Ashton gets his first shout in the KUMB awards with eyes no doubt looking toward his future contribution. 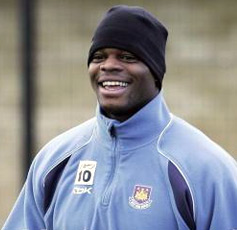 Congratulations to Marlon who wins his first KUMB award as this season's most improved player. Despite netting regularly last term many felt that the Premier League would be a step too far for the former Forest striker but he proved all his doubters wrong, finishing the season as the club's top goalscorer having bagged a very healthy 16 goals. Hayden Mullins (who finished just outside of the top three in the player of the year category) comes in second after a terrific season whilst Anton Ferdinand - the winner of this category last year - gets a shout in third spot.

For the first time ever a game we didn't even win is voted as the season's Most Memorable Match (although to be fair, we didn't really lose either). West Ham announced their return as one of England's top footballing sides on a glorious day in Cardiff (at least it would have been if it wasn't for the intervention of that bastard Gerrard) in front a watching world audience of several hundred million. After all, it had to take something special to prevent the 3-2 win at Arsenal becoming your favourite game, whilst in another season the win at home - which denied poor, unfortunate Tottenham a Champions League spot - would have won this category hands down.

Here's a first - two goals from the same game grabbing the top two spots in the Goal of the Season award. You decided that Anton's volley from the edge of the box was marginally more impressive than Yossi's delightful chip, although in truth they were both outstanding strikes in a year in which we have been truly spoilt with great goals - which is exactly what Bobby Zamora's fantastic solo effort against now-relegated Birmingham was.

This category was withdrawn this year as we felt the entire squad deserved a big old manly slap on the back for their efforts this season.

This category was also withdrawn this year (mainly because we haven't made any).

That heartbreaking moment Steve Gerrard's second goal ripped into the bottom corner of Shaka Hislop's net is now indelibly stamped on the minds of thousands of Hammers, and a scar we'll all have to bear for the rest of our natural. Enough already ...

1. Tottenham, for blowing a Champions League spot and £15m in the process
2. Steve Bruce, for being relegated - revenge is a dish (which may or not be lasagne, pictured above) best served cold (especially by ex-Hammers manager Glenn Roeder)
3. Milan Baros, for rejecting West Ham in favour of Aston Villa.

So that's that for yet another season; after a brilliant year in 05/06 next season promises so much - not to mention a new European venture, the first since our brief sojourn into the UEFA Cup some seven or eight years ago now.

So here's hoping we're still like the proverbial dog with two outstanding features this time next year; until then, thank you to all of you who voted in this years KUMB awards - and for your continued support of the site.