or everything you wanted to know about Knees up Mother Brown but were afraid to ask.

What is Knees up Mother Brown?

KUMB.com is an independent media organisation managed by supporters of West Ham United. It provides a platform to fans where they may share their views on current affairs at the club via a multitude of formats. As an independent organisation we remain free to speak openly and honestly about the club and its Board.

KUMB.com is the longest-running and busiest independent West Ham website. In its first year online - season 1997/98 - KUMB generated just a few thousand page views; we now serve several million pages each and every month to an ever-increasing readership.

KUMB's news archive is the most comprehensive record of daily Hammers news available on the web (covering some 20+ years, considerably longer than even West Ham United FC's own online archive); you may search KUMB's entire news database here.

What does KUMB stand for - and why is it so-called?

Here's where you can learn more about the background to the song - and to watch it belted out at the Boleyn after the Ipswich play-off semi final win in 2004, play (and enjoy!) this video:

How long has KUMB been running?

KUMB first went online during the summer of 1997 and has been ploughing on - through good times and bad (and even worse!) - ever since.

So who runs this site?

KUMB's creator, owner and Editor is Graeme Howlett, who initially developed KUMB as a temporary project in the summer of 1997. Gordon Thrower, who has contributed to KUMB for most of that time became Deputy Editor in 2005.

The current Forum moderators are (in no specific order) Up the Junction, Gnome, Chalks, Rio, BristolHammerFC, The Pink Palermo and -DL- - whilst scores of fellow Hammers have contributed match reports and articles over the years.

All of these supporters have given their time voluntarily, some for many years, and without their dedication and effort the Forum may have ceased to exist long ago.

What about your award-winning Podcast?

The KUMB Podcast was produced and presented by Chris Scull and James Longman. The show ran for five seasons between 2013 and 2016 and was recorded on a weekly basis throughout the football season (August to May). 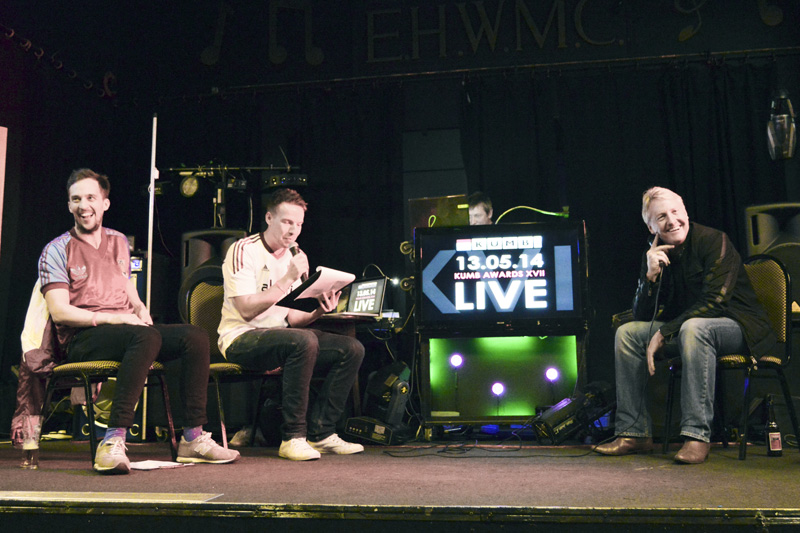 Guests included a number of former West Ham United players plus famous fans such as Russell Brand, James Corden and Irving Welsh. The archive may be found here.

Chris Scull remains involved with West Ham as a presenter of the club's media content whilst James Longman is currently slumming it in Hollywood, where he produces James Corden's hugely popular Late, Late Show.

Although KUMB.com is almost unique amongst independent club-based websites in having enjoyed privileged access to media facilities/players/club staff for more than 15 years we are not affiliated to West Ham United FC in any way and, as such, remain free to speak openly about affairs relating to the club. 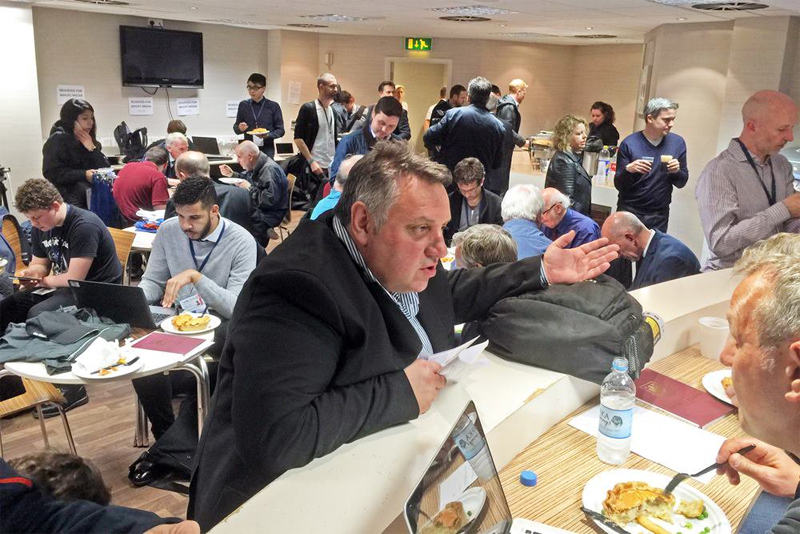 Where can I find KUMB on social media?

Where can I find more information on KUMB's Premium Membership scheme?

The KUMB Premium Membership is an alternative to making a donation and costs £20 per year, for which members receive accecss to a members-only Forum and other benefits.

You may see more information here.

I'm interested in writing for the website. How do I submit match reports/articles for submission on KUMB?

Simply send your copy to editor @ kumb.com (remove the spaces first!) with a brief covering note. Further submission requirements can be found here.