OK, it's just over a week away, but its the first, so, here goes.

I'm guessing that Adrian will start, and that either Rice or Obiang will also feature in midfield.

As for the rest, its a strange mixture of uncertainty and anticipation; we've spent bundles this summer but I recognised in fact only half of the people we've signed, still less of those we've been linked with.

Wouldn't moan if it was closer to one up top, against surely the next best choice, after City, for the title. Liverpool are going to want to make a declaration of intent against us, but I can't see Pellegrini being happy to respect the point.

He's got an interesting recent yardstick; in his first season, Slav registered a spectacular away win, followed by a gutsy draw in the cup.

Would obviously love a repeat of that, to get our season off with a proper bang, but, you know what? A score draw would do just fine, too.

Lots of hype around Liverpool. Lots of people saying they can win the title this season.

Would be hilarious if we won this on a clanger from their super expensive keeper.

A massively expensive keeper for them and a vastly changed back line for us - if ever there’s a game to put on my both teams to score coupon, it’s this one.

Got a feeling that Fabianski will start too. Other than that, I’ve no idea.

Yep - I think the Liverpool hype bandwagon thing might play in our favour. 3-3 or 4-4 and early match if the season contender.
Top

I think we'll probably lose too, which doesn't worry me too much as I think we'll do well overall next season. Just a shaky start. I imagine we'll have more of a go than we did last season though.
Top

Looking forward to this and going for the draw and 2 banging nights out.

I see an amazing display from us, with them scoring first, then we come back to take the lead, they equalise and then they score a last minute winner to nick it 3-2 but all the experts rave about our performance and predict a great season ahead for us
Top

We are already all over the place with predictions

If we get a point at Anfield it will be a stunning result, they slotted 4 past us last season both home and away and have the most lethal attack in the PL.

I doubt we'll get that point, with our midfield being bypassed with ease and our back 4 under constant pressure from the off. The movement of the Liverpool top 3 will drag our players all over the place and there will be more holes in our back line than swiss cheese has.

We'll open the newspapers a week tomorrow bottom of the table ( which of course shouldn't be published for the first month of the season).

A heavy, spirit sapping defeat is looming which will provide the reality check too late to be addressed before January. Not many teams will go to Anfield this year and out gun them, and we are certainly not likely to be one of them that does.

It’s the hope that kills you.

the pink palermo wrote:
Forecast - Liverpool 3- West Ham United 1, and carnage on the M6.The Pinkymobile will be departing the usual place at 07.30, 2nd pick up 08.00, and like Ryanair, if you're late we won't wait. 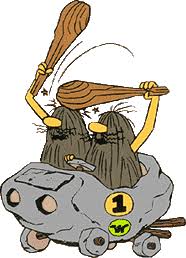 Don't mean to be negative but can see this being a 3-0 defeat (at least). Only due to the fact that its the first game of the season, there's a lot of expectation on Liverpool and we still need time to gel etc.

Our central midfield and defence is nowhere near good enough in my eyes. But we’ll at least get 1 goal

Don’t get me wrong they’re a good team anyway and are actually my quiet tip for the title. But teams a lot worse than them will also dish out spankings to us if we god forbid don’t make some more signings by deadline day.

The team will be interesting as Pellegrini made some many changes in our final 2 friendlies I am still not 100% what our starting 11 will be.

Pending on no more injuries I expect: Fredericks, Masuaku, Noble, Wilshere and Arnie to 100% start. I would’ve included Anderson too. But Pellegrini did hint he wasn’t 100% so I wouldn’t be surprised if he starts on the bench, like Yarmalenko, who isn’t 100% either.

Goalkeepers will be interesting as Fabianski has played in 2 of the last 3 friendlies. So can probably play the full 90 mins now. Although Pellers may think he lacks match sharpness. But we’ll certainly find out how he viewed the Fabianski signing. I.e. was be viewed as competition or to be our number 1.

Ogbonna will probably get the nod at centre half for his experience. And I reckon Balbuena will just about beat Diop to the final starting position.

Rice I think played more minutes than Obiang in pre-season and I thought the only time our central midfield looked anywhere near decent was when we had Rice, Noble and Wilshere in there. Depending how the match goes you can craftily turn it into a back 3 by asking Rice to sit very deep in the centre right in front of the centre defenders.

So that just leaves the 2 to play either side of Arnie. Which he will surely do. As Hernandez has only played 1 game. So that’ll be our excuse to keep him on the bench before he turns into a cry baby.

Yarmalenko I will be shocked if he plays. And Anderson is 50/50. So one of Antonio or Snodgrass will play. If you want a similar player to Yarmalenko then Snodgrass makes more sense. If you want more pace, power and direct running then go for Antonio.
Top

I can only foresee a spirit crushing defeat.

4-0 and lots of questions about our lack of cover from midfield.
Top
Post Reply
1324 posts