We really did play well in both halves today throughout the game. Defensively and attacking wise we were bang on it and very impressive performance. This was a Geordie side bang in form and we reduced them to almost nothing. Controlled the game and buzzing for the run in to see how far we go.

The over riding feeling I get from the side, is their really enjoying their football first and foremost. Nothing looks like a chore and to a man everyone's playing for each other showing a real team ethic. As a clear example of this, I was amazed to see the likes of Lanzini and Anderson bust a gut defensively, often found helping out in the left back position, on top of their usual quality work up field attacking. They did it from the 1st minute to the last. I'm definitely calling it the 'Pellegrini effect'.
Top

bubbles1966 wrote:I think the last two at home have been a bit mundane.

We've been so obviously better than the opposition for long enough to get ourselves comfortably in front that it's never really felt like we've been in a contest. And that's been without ever really flowing. We've looked a bit stodgy and scored from set plays.

It's a really odd feeling. I've been discussing with my sons how it feels a bit like being a *big* club. The game starts, we have better players, we score some goals and that's it.

Absolutely spot on. Was going to post something similar, it’s almost the same exact conversation me & my brother had on the bus after the game.

We welcome Huddersfield to Stratford next
Top

Anyone got link to highlights, save having to scroll through an hour of MOTD?

e17 wrote:Anyone got link to highlights, save having to scroll through an hour of MOTD?

Yup. The BBC said it was five wins in their blog. Muppets.
Top

He's been in excellent form since Liverpool. Pellegrinis worked his magic on him since Wimbledon, I just wish he could sprinkle a bit of magic dust on Masuaku as well.

The last ditch successful blocks, interceptions and generally keeping disciplined at the back is what I want to see. I currently wouldn't drop him for even Balbuena right now if fully fit whilst he's in this fine form. He deserves to keep his place, just as Hernandez deserves to keep his at the other end.
Top

Could have been 5 consecutive wins in all competitions if we ignore Liverpool's offside goal... But draws with Brighton and the aforementioned offside rule shirkers means not 5 in the league. 11 points from 15 though, which is pretty good. Especially with 2 of the 6 money boys in there.
Top

'Appy 'Ammer wrote:Can I see the goals before MOTD? I'm on a promise and don't want to go to bed later

Just thought I'd put you off your stride for later ...... 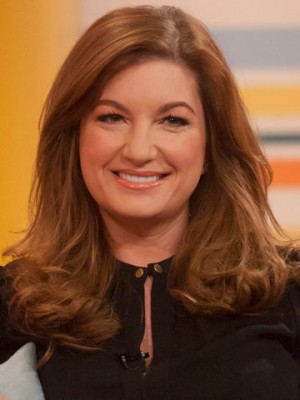 Just seen Benitez on MOTD repeat. Newcastle “could have won easy”. It’s perceptiveness like that which separates the likes of us from your elite football managers, eh.
Top

It´s so calming to see that we finally have good defenders and an excellent goalkeeper as well.
Top

It's nice to win but I didn't see a great deal of creativity in the final third until Arnie showed up if I'm being honest and the result was a foregone conclusion before half time.

It was all very professional. Clinical.
Top

Have a read through, not digging anyone out, I’m in a great mood today.

As for the game, thought Arnie was as introduced a bit too late, and Snodgrass huffed and puffed a bit and could of been replaced by Nasri or Antonio really. We probably could of had a few more goals in the second half as Anderson and Lanzini were linking up beautifully.

Pleased as punch for Rice to score his second goal for us, especially since the Geordies were playing on the Longstaff comparison leading into the game.

I thought it’d be quite a tricky fixture before a ball was kicked due to Newcastle’s previous form so I’m surprised we pretty much brushed them aside in the first half and didn’t let them back into it bar a good chance by Rondon (?) which came off the post.

So if that’s the definition of mundane, I’ll be happy to take it all day long.
Top

It was great just to see Lanzini back.
Top