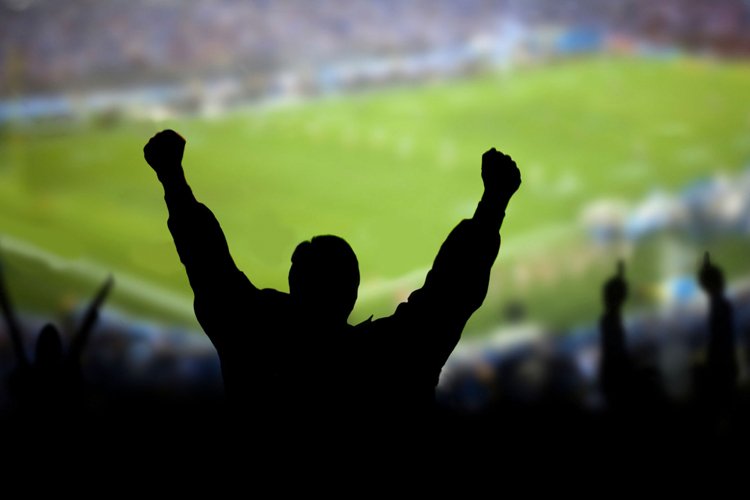 HammerAl wrote:I love the optimism on here, but I don't think we're QUITE good enough yet for any away game in the PL being thought of as an "easy win".

I totally agree, I have seen enough games where we have been given embarrassing accounts of ourselves when we have been favourites.

I am quoting myself but I just knew this would happen.

not that it would have made any difference but only 6 minutes of added time?
should have been at least 8 to 10 minutes

steps wrote:According to today’s papers Chicarito has a ‘bright future’ at West Ham.

I think Pell boy got it wrong today tactically. We not doing what we were doing well before, we had Anderson on the left and Antonio or Diangana on the right. Noble, Rice and Snoddy in the middle holding and pulling strings.

Now Manu has come back into the fold along with Nasri, we’ve lost our shape a bit and are constantly trying to play our way through the middle. We didn’t hit Cardiff with any pace at all.

We need to go back to what was working. A front three being backed up by the wing backs with Rice and Noble in the middle with either Manu or Snoddy, not both. It over-eggs our midfield pudding.

Was thinking the same. I don't think it's particularly that those selected and formation can't work, it's just we made unecessary changes when it was working fine with the likes of Antonio playing.
Top

brownout wrote:
If we'd have shown the commitment at Wimbledon that we did against Spurs, Arsenal, Man Utd and at Man City, it is unlikely that we'd have lost.

And if Arsenal had shown the same level of commitment against us as they did today they probably wouldn't have lost to us
No team in world football plays to the same level every game. Which is why, on occasions, a team of better players loses to a team of not so good players. It happens in every sport, in every league, at every level in the world.
It is a lazy Alan Shearer styke argument to put every bad performance by a team down to lack of commitment or effort. Sometimes players don't play as well as they can and other players raise their games.
Top

Marky wrote:
Watch on Saturday night the Anderson thread after Huddersfield where the usual suspects on here will tell us how great he is. They don’t go away so to them they aren’t bothered. I hate some of our fans attitude!


Strange. I go away but don’t go to home games but I know exactly how good he is.

Plenty of very good away performances from him this season, particularly Soton, Everton and Fulham IMHO.
Top

Only watched on a stream but I thought I saw plenty of effort from many of our players.
Have to say though, we seem to be a very easy team to work out a plan to combat us & Cardiff did that, very, very well.
So many times one of ours received the ball & immediately there were 2 Cardiff on him. We never did the same to them & we seldom do. They never gave us any time to settle.
We just didn't have it in us to f**k up their game plan & to surprise them. Plenty of effort from us (as shown by the possession figures) but they simply outwitted us, as many teams have done this season & the last two seasons.
I did think, seeing the team sheet, that only having L'pea up front, was also asking for trouble..
Not sure what Pelboy was thinking there.
Top

Patito, away from home Anderson is a bottle job. Most performances are 6/10 or lower. In 2019 I would say 5/10 or lower.
For his price tag I think we should expect more.
Top

I would bet our possession figures were in our defensive third and the midfield third.

I bet we had naff all really in the final third.

that shows in the shots and shots on target stats.

they probably said, here's a line in the sand, you can come to here and no further.
Top

Cuenca 'ammer wrote:Samba
I would bet our possession figures were in our defensive third and the midfield third.
I bet we had naff all really in the final third.
that shows in the shots and shots on target stats.
they probably said, here's a line in the sand, you can come to here and no further.

Standing still in the centre circle passing the ball 10 meters sideways and backwards is not showing effort.
Top

Kialos wrote:Standing still in the centre circle passing the ball 10 meters sideways and backwards is not showing effort.

As I was saying, a complete shower of lazy ba*tards..
Top

Games like this is why we will never break top 6.
Top

getting in a mard at those plastic home fans for not ritually caning one of our best players is definitely one of the more mental opinions i've seen on here.
Top

Congrats Cardiff - did well and deserved the win. I'd argue they demonstrated more commitment from the off. Specifically their midfield did a very good job pressing and not allowing space to develop the play. More specifically, their number 11 (Murphy?) did very well to match Anderson for pace and not to get hoodwinked by Anderson's nutmegs and tricks. For the most part that took Anderson - and West Ham - out of the game.

I like Hernandez but that dive was disgraceful. Should be a ten match ban for something like that. To my way of thinking he always looks better as part of a front two - quite obvious to everyone that his profile isn't best suited to be up top on his jack. Without Arnie up top we're toothless on the counter.

Silver linings? Definitely Fabianski. Best West Ham keeper in my lifetime, I often wonder if we'd be hovering around the bottom three if it weren't for him this season.

First goal is worth watching a dozen times over. Four of our players in reach and not one of them tracks Hoilet. I've wondered if we're playing a zone for Pellegrini cos we're seeing lots of instances where no-one is even thinking of man-to-man.
Top

Just watched MOTD..... if the defending was bad for the first, the way Hoillet left Fredericks for dead and Oggy let the man go was even worse. To be fair they've played well recently.

4 nil wouldn't have disgraced them and theres been a few times this season we've been lucky not to come away with a heavier defeat.

Hernandez can warm the bench from now on for that dive. Four strikers on the books....two seemingly totally finished at the club, another who's totally blown his season with his money attitude and one who's worked hard in recent weeks but then goes and does that.

I have sympathy with the defenders in the box on the second goal, they’ve been wrongfooted and had to completely scramble due to Fredericks’ brain fart. He shouldn’t have been so easily beaten for the cross too.

Very little excuse for Diop on goal one, he lets Hoilett go front post. A few times this year he has gambled on crosses not going to the man, and he’s been exposed a few times too (sure it happened at Arsenal)

Subs were wrong, Gunnarsson had orders for Lanzini all game and did them well, Anderson was off it again and Hernandez was poor. Don’t think Snoddy was at it either, he’s not good enough to be the last pass of an intricate move. Actually thought Noble was doing alright in the middle and had the boys to play against their pressure and physicality. I’d have fancied him to keep drawing fouls from Arter.

The use of the ball in the final third was pretty awful and exposed us much like we often do against Brighton. We pile forward, move it slowly, lose it and get easily caught by direct play out.
Top

Strange. I go away but don’t go to home games but I know exactly how good he is.

Plenty of very good away performances from him this season, particularly Soton, Everton and Fulham IMHO.

And Arsenal, Huddersfield, Palace, Brighton, Newcastle, Wimbledon in the Cup when everyone else around him were abysmal when he came on. He's not going to be good every match but there's been plenty of decent performances from him both home and away. He's actually been more consistent in his debut season than I expected him to be, settling in well to a whole new League and environment. It's patently b*llocks he's a bottle job away from home. Like many footballers he suffers slumps in form which is natural, regardless of where he plays home or away.
Top

i think you have to look at the manager for not instilling the importance of thinking that as soon as we play well against a good side or we get a victory, that we seem to think we'll just walk over other lower teams.It happens every time.
Top
Post Reply
896 posts