GaryP wrote:Our abortion of a kit looks like we have a pair of dungarees on backwards.

Yep. With this shirt all claret looks very ugly.
Top 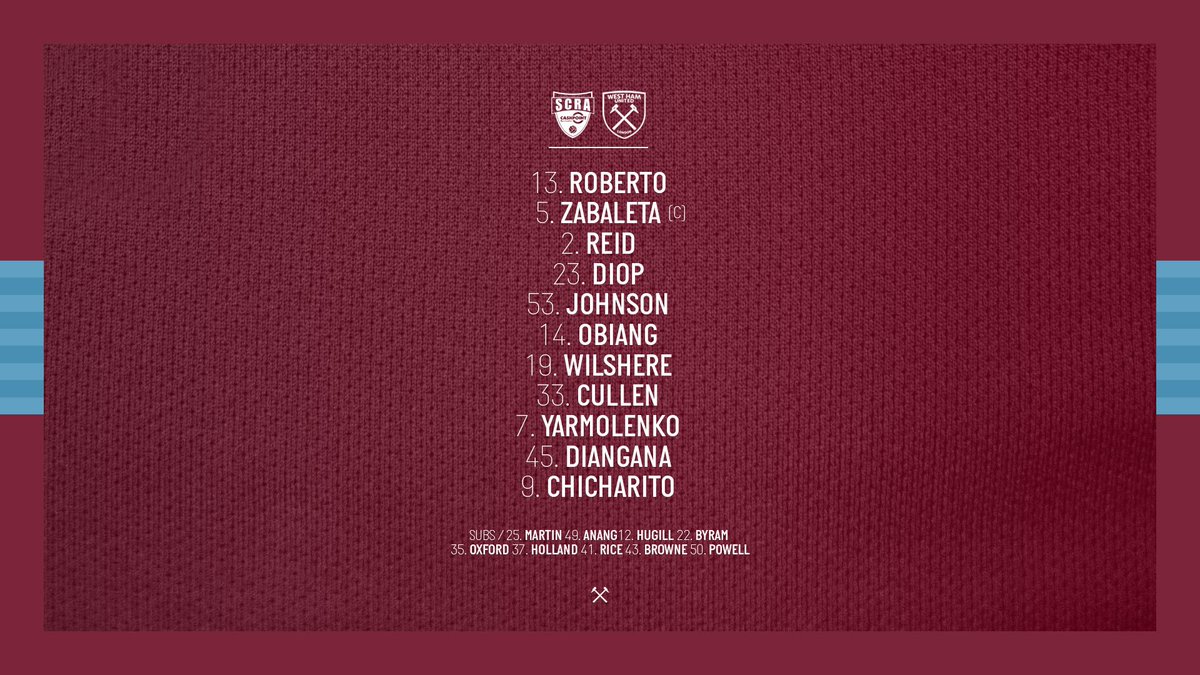 Up the Junction wrote:Here you go, Pete. Second half line-up. 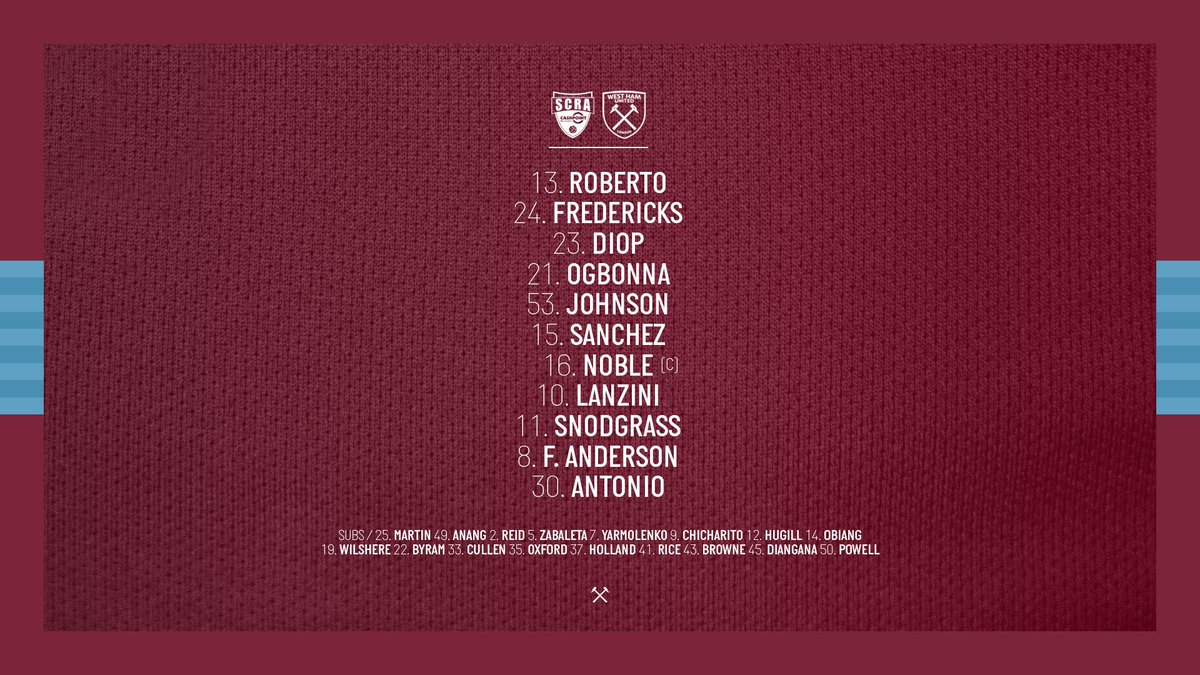 Pretty sure that's the 1st half line-up. Some have stayed on, others have been subbed.
Top

Has Reid taken the arm band ? So pleased to see him back out there

I know it's a friendly... but some of these players really aren't good enough
Top

Roberto off, Martin on in goal
Top

Why are we constantly attacking down the left? Yarmolenko must be getting quite lonely
Top

Massive "if" but if we could keep Wilshere fit he would make a big difference over the course of a season.
Top

Yarmo looks so rusty. Glad he's getting useful time on the pitch. he needs a lot of match fine tuning.
Top

Hmmm... the only conclusion I can draw from that game is that we're **** at everything.

Luckily it's a friendly and means little.
Top

Burnley Hammer wrote:Hmmm... the only conclusion I can draw from that game is that we're **** at everything.

There was a point during that game though where I thought.... what we really need is a Rondon! We defend from the front really badly. Not really surprising in the second half when 2 of our 3 attacking players were midgets.

Hopefully the next couple of training sessions will be all about learning how to pass to a teammate again.
Top

These games are designed to blow a few cobwebs away , Sanchez and Yarmalenko have not played for almost a year bound to be rusty.

Defending is still a bit of a circus.
Top

Nice to see Reid and Yarmolenko back.
These games mean nothing, it's all about fitness.
Top

Ok own up, which funny ****er was it that donated 1 euro as Master Bates and Hugh Jaenos?

The donations were the best highlights of the game!

Liked a lot of what Wilshere was doing, not comfortable and popped the ball around effortlessly at times. Starting where he left off the end of the season, so fingers crossed he stays on the pitch!
Top
Online

Remember the worse we do in pre-season the better our season is.

Hopefully City do us a favour and tear us apart

I know I'm exaggerating and I know it's just a kickabout and its only purpose is to gain fitness. But still... I can't say that I was impressed really with anything out there. Our passing was appalling, as was our defending from the front, and our off the ball movement, and our ability to transition from defence to attack in a way that doesn't involve giving the ball straight back to the opposition. The only positives really were Wilshere and Anderson.

Same every season though... we'll gradually get less rusty throughout pre season and start looking like a team in the last couple of friendlies. I am frequently puzzled though why we always look more rusty than the team we're playing during pre-season. Doesn't matter whether we're playing a top team, or a pub team from Austrailia, it always seems to be the same.
Top