Amazingly, some of you still want the old so and so to have his own thread each week.

Here's this week's offering on the visit to Brighton. 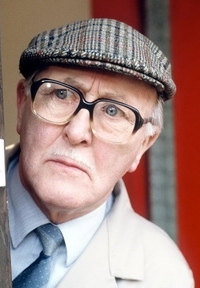 Cracking read as per.
Top

If you're not careful I will start forwarding your junk mail to you!
Top

Was it called, 'The Knob Cheese Company'?
Top

And is Percy's surname 'Shelley' by any chance? Pure poetry....
Top
Online

First of all , my congratulations to Daisy for getting a full time job , perhaps now she can afford to take me out for a drink ?

- if only we had someone like that at West Ham whenever we play Manchester City .

Third of all , seeing as Ron Of The Rocket has already won this week's competition I'd like to pass on a late postcard from Ms MacSporran which reads ' Hard Cheese ' [ seeing as wot it closed down ] .

Fourth of all - True Story - Before he sat his exams for Reindeer Studies , Graham Potter was into his body building , he'd go to the gym five days a week , his muscles were enormous - how do I know this ? Well , I actually went out with his daughter , Pansy or ' Pansy Potter The Strong Man's Daughter ' as she was known back then .

I fear Daisy is spoken for!

Another great read as per , Perce .

Can't hang around as I've been told we've been invited to lunch up the north end of Skye and seeing as we're now both old we need to set off two hours early .

Percy's take on our international trip......

Showwaddywaddy is the answer to the poser ( Ithink).
Top

Noticed you brought up the nickname The Exiles. My expert knowledge (assisted by a glance at Wiki) says they were originally known as The Ironsides. So, come on etc.

A Big Name you say ?

Ms Elspeth says they don't come much bigger than this one .

Never fails to put a smile on the face - Top work!

Tough choice between the Harry Kane and Dean Saunders stuff for this weeks highlight.

Being Welsh , Dean Saunders can hold his drink [ and he'd only had the one , honest , Guv ] , and he wasn't ' Slurring ' he was speaking in Welsh , an easy mistake for an English Copper to make , anyway , that's the Defence sorted out .


Miss Elspeth McSporran , 4th Caravan from the left , Upper Breakish [ Half Price Wednesday Nights ] , Skye has given me this postcard to read out - her answer this week is .....

Had a couple of technical issues getting this week's offering from PP posted. These have now been resolved. The quality of the preview has not been affected by these issues.