I'm now based in Edinburgh and a Hearts supporter. Their best Forum is Jambos Kickback and I've been contacted on there by a guy who is related to Lawrie Leslie. I'm a bit young, (Not often I get to say that these days), to remember him and he's blotted his copy book by playing for Hibs after us but he won hammer of the year in 1961, (First keeper to do so).
Just wondered if any of our, ahem senior posters have any memories of him I can pass on. (I'll filter out any nasty ones)
Cheers
Top

West Ham used to play my school team every year because Phil Woosnam was a former teacher and kept in touch with the PE staff. We had a good team but unsurprisingly the score reflected the vast difference between a good quality school team and a ,then,first division outfit. I remember Lawrie was in goal for the Hammers who were probably about 9-0 up at the time. I offered him a halfpenny to let a goal in and lo and behold we scored later on. When I offered him the halfpenny he growled at me making it quite clear what he thought of me. A great keeper and I liked him because he obviously had a sense of humour. RIP.
Top

Lawrie was the goalkeeper when I first went to West Ham,he was a very brave keeper .
I was at the Bolton game in November 1962 when Lawrie broke his leg ,which basically finished his West Ham career ,we brought in Jim Standen as a replacement and although he came back towards the end of the season he never got his place back and left the club in October 1963.
He also won Hammer of the year in his first season,so you can tell what the crowd thought of him.
I remember reading a story of a game against Arsenal when Lawrie got injured and in those days there was no substitutes ,so Lawrie went on the field and played on the wing while a young John Lyall took over in goal.
A strong brave keeper who went on to play many more games for Stoke ,Millwall and Southend..
Top

I was at both games mentioned, both times in the old Chicken Run. When he broke his leg you could hear the crack.

In the Arsenal game my memory is that were 1-3 down when he broke a hand or something. He came back to play on the right wing and we scored twice to draw 3-3. Crowd went mental.

I had the privilege and honour of meeting Lawrie at a "who's who of WHU" book signing that took place at the Boleyn ground some years ago. It was full of past "hero's" none of which really could give you the time of day. There were three exceptions to my last comment: Alvin Martin, Tony Gale and Lawrie Leslie.

When I was introduced to him, he bade me to sit down and I asked if I could chat for a while. He confirmed he "would be happy to talk all night about West Ham, as I love the club." So we got chatting. When I confirmed that I never saw him play and that the first goalie I ever saw in a WHU shirt was Jim Standen, he told me how he respected Jim, thought he was a top goal keeper and a wonderful man. He then went on to tell me about how he signed, his experiences at WHU, how he loved playing for the club and how he stills loves them. One anecdote I remember vividly is that he was very happy that the club asked (and paid) for him to turn up at book signings. He then explained " because apart from meeting all the wonderful fans , the cheque I get for doing one of these book signings is more than a months wages I got when I was keeping goal for the club!"

We sat talking about Moore, Hurst and Peters, the way the club was run, the current players - we must have chatted for 45 mins or maybe an hour. At all time he conducted himself as a gentleman, was highly entertaining and had an in depth knowledge of the game as a whole, not just WHU.

His voice was mesmerizing. It was a soft, yet brogue-ish Scottish but full of passion. In the end his cab arrived and he had to go. But he took the time to put a personal inscription in my book, shake my and thanked me for "letting an old man relive his memories."

I'm pretty good at sizing people up and he came over as a really lovely gentle-man, full of passion, dedication and zeal about the club and football in general.

When I found out he had passed away, I had a wee dram for him and got my book out and read what he wrote. If only all footballers were like him nowadays.
Top 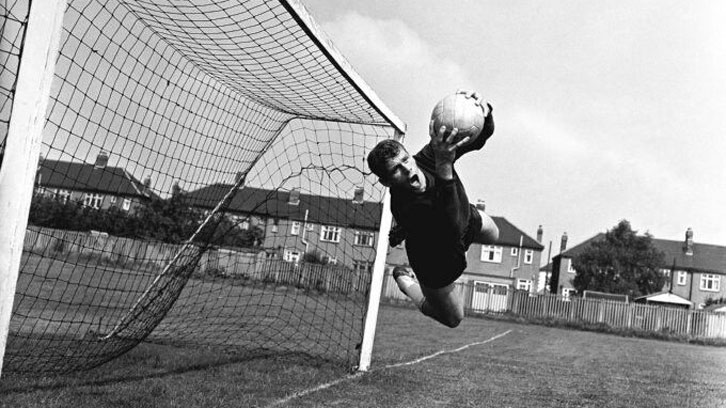