Smudger1 wrote: ↑
Sun Dec 29, 2019 10:05 pm
‪Well once again just when you think the unholy trinity have reached rock bottom, little old Sullivan stretches a little more. If Moyes is the answer wtf was the question! ‬

Was that the question?
Top
Online

Smudger1 wrote: ↑
Sun Dec 29, 2019 10:05 pm
‪Well once again just when you think the unholy trinity have reached rock bottom, little old Sullivan stretches a little more. If Moyes is the answer wtf was the question! ‬

"Who is desperate for a job, can start tomorrow and will cost us no compensation?"
Top

Puppet or apologist (although looking at your previous posts probably both).
Top

With the exception of Watford, and we saw how that went, has a PL club ever re-employed a previous manager of their club?

-DL- wrote: ↑
Sun Dec 29, 2019 9:33 pm
You never know, with players such as Rice, Anderson, Diop, Yamalenko, Haller, Lanzini all looking a bit bewildered and out of form with where the previous manager was playing them and what he was asking to do, if they can hit a bit of form, we might actually be alright. Add a returning Reid, a couple of new signings in Jan, and we'll be looking up the table, not down

Moyes is not who we should be directing our anger at - save that for the board. Get behind him and the team, and honestly, we'll be fine. To want him to fail is to want to WHU to fail. If WHU fail, say goodbye to the prospect that is Rice, and the other decent players we have, that have gone to pot under the previous bloke.

claretandblue82 wrote: ↑
Sun Dec 29, 2019 10:12 pm
With the exception of Watford, and we saw how that went, has a PL club ever re-employed a previous manager of their club?

Portsmouth and Harry Redknapp comes to mind. Did well the second time too - culminating in the FA Cup win.

Steve McClaren did it at Twente. Not PL, and not nearly as successful second time round.
Top

Pellegrini's stubbornness will lead to Moyes looking like a genius as he makes very practical and obvious decisions with this side, and coasts into 11th place. Someone (I'm guessing Felipe) will "rediscover" himself and we lose him in the summer.
Top

Sullivan really must want to give his coin collection a boost as I imagine come April he will have quite the selection to pluck out of the air as they’re hurled towards him. The level of desperation from Moyes is literally jaw dropping as well. A 3-ring circus with GSB staring in each of their own. Proper shambles. I never want relegation because at this point it looks the final nail in a 60,000 seat coffin but deary me I can’t see anything but down..
Top

Nothing against Moyes at all.

This just shows up GSB for the 2 bob shower they are. Not good enough for us and 18 months later he's back.

Just remember, it's not you it's them

You have the advantage that much of the fan base has now lost the will to live, so carry on however you choose

Ffs give it a rest, you lot.

He's an experienced PL manager who, I'm not sure if you noticed, kept us up two seasons ago, after the mess Bilic made of the start of our season.

Sorry he's not a PL winner - how did the last one work out? How did Ranieri work out at Fulham?

Proper West Ham fans don't chuck their toys out of the pram. They back the players and back the manages.

He deserved a proper crack 18 months ago and he's getting it now.

Get a grip.
Top

I loved this club for almost 20 years, I wasn’t exactly chuffed last time they appointed Moyes but accepted Bilic was out of ideas and out of time.

The irony is now it really feels like our owners are out of ideas and out of time.

I so badly want to stop loving West Ham after this latest farce of theirs, why go back to a disappointing ex, it’s not like he won us a cup or European football.

Sadly there will never be another club for me, unlike our owners who will move on as soon as the money is right.

I feel a bit sorry for him if I'm honest.

I hope he does well - and I think he just might. We'll see what we'll see.

I doubt his football is going to be less entertaining than the dismal performances I've seen so far this season.
Top

So here we are again. We have a new manager who not only has Premier League experience, but has Premier League experience with West Ham!!
He would not be my choice but I agree with DL, Moyes doesn't deserve to be a target of fans anger. We all know who the real villains are here and it's not Moyes. We need to get behind the team and the manager and hopefully we can survive this season in spite of our owner's ineptitude.
Top

This just shows up GSB for the 2 bob shower they are. Not good enough for us and 18 months later he's back.

They have no shame, and I include Moyes in 'they'
Top

When it was finally announced a little part of me was stunned that they actually had gone and re-hired him. Unbelievable.

However, back the man, not the board.
Top 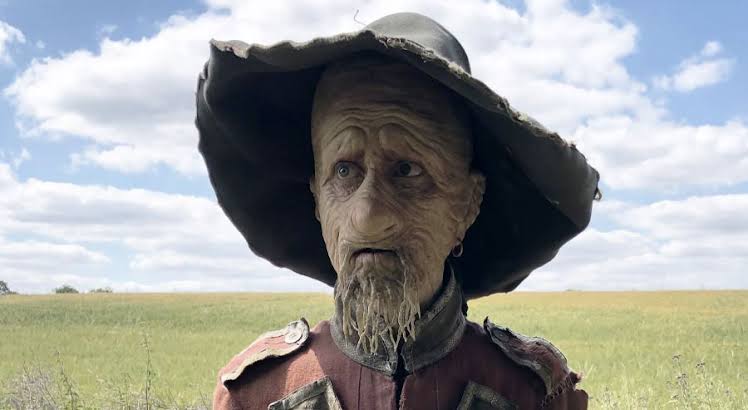 Out with Pellegrini in with Moyes! Hope he has his coaching head on!
Top
Post Reply
3807 posts