Has my fire really gone out ?

Has my fire really gone out ?

This Saturday I will be making my first visit to the stadium this season.
Due to other commitments and living 150 miles away ive struggled to make any of the games so far this season.

however on Monday morning this week I decided to get a ticket for this Saturday.
As my finger hovered over the send button for payment, all manor of thoughts entered my head.

Not the usual sense of excitement and anticipation I usually get.
This feeling was a far more overwhelming feeling than id ever had before.
I started questioning myself.
Do I really want to go
Can I be bothered to make the effort
Will I come away with that empty feeling inside that ive experienced pretty much every time ive been recently.
Do I still love the club as much as I did.
All week I keep asking the same question.
Has my fire really gone out on the club ive loved for 50 years
Top 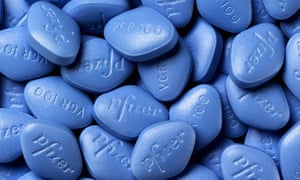 It's never too late to get it back.

Im close to being done.
Top

I don’t want to raise your hopes, but a lot of fans are feeling the same issues you raise.

I’ve tried to keep optimistic, continued to renew my season ticket. I’ve had countless debates about trying to stay positive about our club.

Most games this year I’ve had the same numb feeling going to and leaving the stadium.

However the away game at Gillingham a few weeks ago was a positive and I’m hopeful we can continue a good cup run to at least boost any remaining morale we have as a club.
Top
Online

However, as long as we still fans that are prepared to stand against the scumbags it ain’t over yet.

Over to you Mr Morrissey...

"Siri, show me how to make a bad situation worse"
Top

We stayed over at friends recently after a night of food and drink at their home. The following morning before we headed home we went to watch their 9 year old play in his local team. I've got two girls so missed out on that as a Dad, but I must say that I absolutely loved it. Without question I got more enjoyment and satisfaction in watching his team play than I have watching West Ham in as long as I can remember post stadium move.
Top

Maybe if some of our underperforming players had a threat of a tree being stuck up their arse like morrissey had on top of the pops , the ****ers might try a bit harder
Top

sicknote wrote: ↑
Thu Jan 23, 2020 12:56 pm
Maybe if some of our underperforming players had a threat of a tree being stuck up their arse like morrissey had on top of the pops , the ****ers might try a bit harder

They’re all a bit more reminiscent of a lyric by James Newell Osterberg Jr* than those of Steven Patrick Morrissey at the moment..

“I am the passenger”

My mate is from Luton originally. He's managed to persuade me to go to Luton v Cardiff next month. Tbh it didn't take too much encouragement. Not compared to going to LS to watch West Ham. I have been offered a ticket once in each of the past 2 seasons and I have refused point blank. Whilst, unsurpisingly, I am not excited nor feel any passion about going to Luton, I am still looking forward to it. I will be visiting an old ****hole ground with a team at the bottom of the division littered with West Ham rejects, but it will still be better than going to watch the new hollow version of my own team. Following in the footsteps of so many other clubs, Luton are now looking forward to getting their own new football stadium. It really is something when a Luton fan can look look at our situation and feel pity.

The fire to attend any matches was dead long ago. The fire to follow all of our games on TV/streams was dwindling just as fast. The fire to be bothered about results has practically diminished. I attended the cancelled protest march which reignited some of the fire. But the rate at which things were forgotten by so many, so quickly again caused it to recede.

I missed the last static protest but it has definitely made me want to attend. The only thing fuelling any sort of enthusiam these days revolves around getting the thieves out. Seeing my team's demise on the pitch should sadden me but it in fact brings a smirk to my face as I see Sullivan and junior or Brady frowning on the TV. So for me, there is a fire which flickers but it is not fuel towards the XI on the pitch but rather something more profound for me.
Top

I feel the same way, the last match I attended was in April '17 at home to Swansea, we won 1-0, the game was garbage and I sat in the very back row of the top tier, I didn't feel in the slightest bit connected to the match in the way you should when you're live at the game, nothing like sitting in the front row of the Chicken Run and feeling like you're on the pitch with the players.

I used to love going to the Boleyn Ground, these days I can't summon the energy or effort to travel an hour to London then 20 minutes on the tube, pay at least £100 for the match and train ticket combined, see us play like sh** then have all the fun of queuing forever just to get back to Stratford station before even getting anywhere near London Bridge!

However, having said all of the above, my love for the club has never wavered, I still eat, sleep and breathe West Ham, the problem is she just isn't the same anymore.
Last edited by Lovejoy2 on Thu Jan 23, 2020 1:30 pm, edited 1 time in total.
Top

I was having this very conversation with someone at work this morning, I'm so out of love with it all that I didn't even know last night's score. Last ST I had was a couple of years back and I stopped going after game with the board protests when we lost to Burnley.

I can take us being ****, we always have been (aside a few wonderful moments). What I can't take is the way the club is run and the stadium. Doesn't matter anyway, I'm not the kind of person they want there anyway.
Top

Being of an advanced age, I get a half price ST. However the real reason I still go is for the few hours spent in the company of my son and nephew. I've seen a lot of crap West Ham teams in my time but this present one takes the biscuit.
Top

I know what you mean Lovejoy,
its like meeting a girl when youre young, and having a passionate relationship.
You get married, have kids, have good times as well as bad

You grow old together
you still love each other, but you don't necessarily like each as much.
That's my relationship with West Ham.
its like looking back in an old photo album and putting the rose tinted spectacles on.
Life was wonderful back then.
it probably wasn't, but hehhh who cares we were young and in love
Top

Monkey Mike wrote: ↑
Thu Jan 23, 2020 12:50 pm
We stayed over at friends recently after a night of food and drink at their home. The following morning before we headed home we went to watch their 9 year old play in his local team. I've got two girls so missed out on that as a Dad, but I must say that I absolutely loved it. Without question I got more enjoyment and satisfaction in watching his team play than I have watching West Ham in as long as I can remember post stadium move.

What a terrible but true, indictment.
You couldn't have said that, once upon a time.
Top

All I have left is the embers of a fire that once burned brightly in my heart and consumed my soul.

GSB have killed everything that was West Ham, and it's got nothing to do with our performances on the pitch.

Getting up on a Saturday morning with THAT feeling.
Parking on Southern Road and walking through the back streets to Green Street and over to Ken's cafe for a old fashioned hot dog and a cup of Rosie and a chat.
Then over to the Queens for a pint. Now I'm off to the sweetie stall for my bag of sweets.
Taking my place at the back of the BML saying hello to all the same faces.

There’s is only so much a mere mortal can take, everything has been a struggle since moving stadium and It just seems that hopeless failure is just around the corner although it feels different this time. Every other time this has happened at least we still had Upton Park, our identity
Top

If I'm honest, I've struggled to really care for a while now.

Even when we lost to Spurs I just sort of shrugged and carried on.
Top
Post Reply
57 posts