All discussion relating to the (next) big one including qualifying groups/matches.

I got to see about 20 minutes of football whilst screaming children clambered over me. Anyone that thinks they can stop me watching the Semi is mistaken.
Top 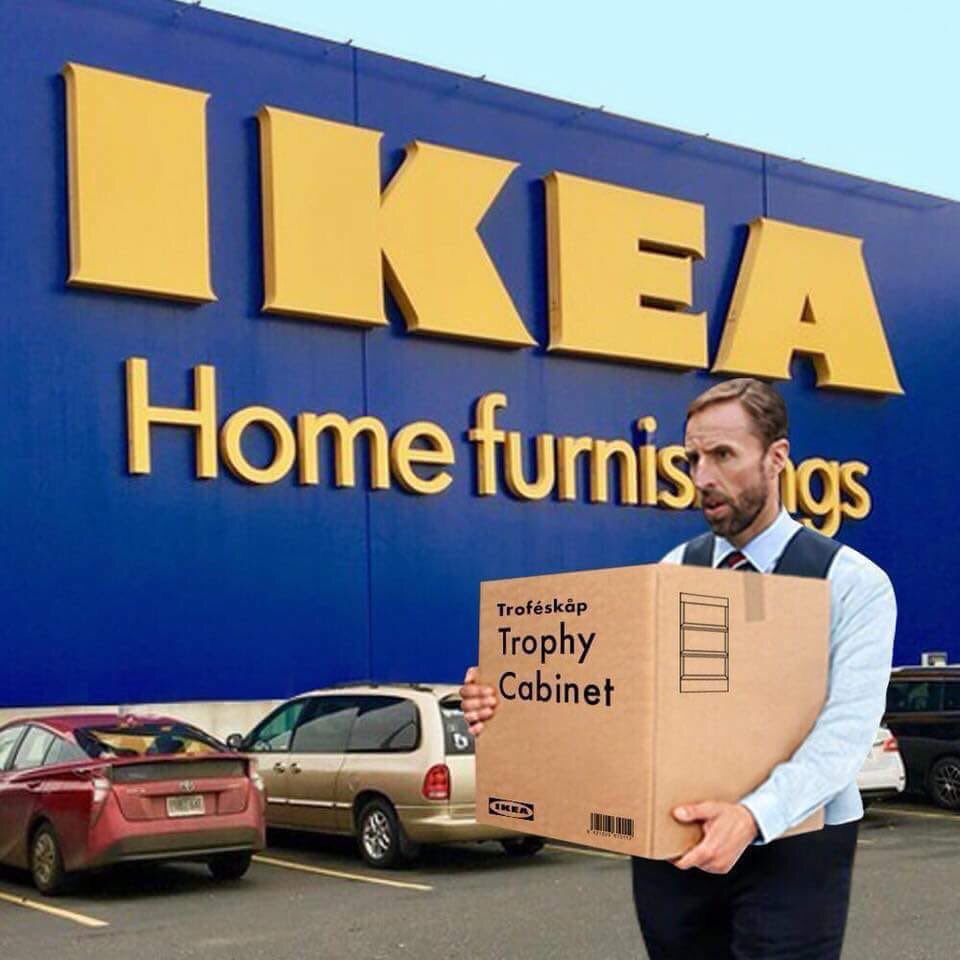 DasNutNock wrote:I got to see about 20 minutes of football whilst screaming children clambered over me. Anyone that thinks they can stop me watching the Semi is mistaken.

How far you’ve come Dan. Was just revisiting the England v Tunisia threaded recall what the mood was at the start. You’re a changed man.

What you can say Cuenca, is that he constantly ties up the opposition defence's attention. They can't take their eyes off of him, for one second.
Top

Cuenca 'ammer wrote:At my place (well my temporary roommate's place) she asked when the teams were out on the pitch before the game...
''Where's the Union Jack....??"

Is she blonde?
Top

Got back from my local 30mins or so back.
Went with my Brother, Sister-in-Law and Dad.
Unbelievable atmosphere. Tills were knackered so it was pretty much cheap beer all afternoon.

I haven't seen this sort of national unity behind an England team since 1996 or 1998.

I genuinely believe that we are going to win this.
Top

Samba I'd watch him, but not put my best defensive player on him......

I know it's a risk, but one I would take considering how piss poor he is right now...not a goal threat at all...

Excuse me, your lot got lucky enough against Belgium in 1990.

WCpete wrote:How far you’ve come Dan. Was just revisiting the England v Tunisia threaded recall what the mood was at the start. You’re a changed man.

I genuinely felt my love for England died in 96, maybe 98. This feeling now - I really never felt I’d feel like this about the national team again.

What a summer! This one won’t be forgotten any time soon

Sterling's problems are a lack of ball control and a lack of footballing brain. Other than that it was an excellent team performance, although they should have got out wide quicker and attacked the fullbacks.

Southgate is so calm and it is refelecting in the team. Still feel there is a massive howler waiting in Pickford, Stones and Walker.

What a professional performance

Honestly not sure my ticker or liver could handle it
Top

Been many posters on this site for years mugging off England.

I don't like this player, I don't like him. FA bias. No West Ham. f*** em. Squad is rubbish. Why do I want those players to do well? etc etc

I am. I hated the Gerrard/Lampard years. Square pegs, under-delivery, suicidally cautious tactics.

Not this lot. They deserve every ounce of the support they’re getting. They’ve earned it. More than the wins, they’ve made us all happy again, that, and the weather.

WHAT a summer!
Top

This might be the beer talking but I've come to the wild unsubstantiated conclusion that Sterling, Lingaard and Alli are effectively our Ronaldo,

Sterling has the pace but not the final ball or finishing
Lingaard can pick a pass and hit the odd screamer
Alli makes the late runs into the box and can finish.

I think that's why Southgate doesn't change it because none of the options on the bench offer like for like and would unbalance the side.
Top

vietnammer wrote:OK so this has now become the unofficial England song (Three Lions is probably best though)

Superb performance. Professionally despatched without a single f*** given.

Doesn't take much footballing nous to see what Sterling brings to this side and dropping him would be insane.
He does need to get his end product right, but I have a feeling it will come and when it does it won't be just the 1 goal.

My man of the match was Henderson. Guy was absolutely everywhere. Pickford and Maguire very, very close behind.
Top
Post Reply
446 posts