Bubbles Fortuna wrote: ↑
Tue Jan 11, 2022 9:29 am
Thought it was odd that Bowen was singled out for diving. I don't remember a dive from him

He had one that you would probably call a dive if you’re an opposition fan. Where he received the ball and was running across the pitch shielding it and then threw himself to the floor when he felt the slightest tug. He does that move often and almost always gets the free kick. He did it once against Arsenal in the 3-3 last year and didn’t get the free kick. I can’t remember if it resulted in a goal for them or not but remember thinking that’s what you get for throwing yourself to the ground like that to be honest.

Add in that one when he sprinted down the sideline and went over (didn’t get the free kick but I thought it was) and you can see why Leeds fans have decided he is a diver.
Top

Another nutmeg goal from him. Good skill that.
Top

Scratchy wrote: ↑
Mon Jan 10, 2022 10:54 am
I think I worked out why our goal wasn't offside. It wasn't because it came off a Leeds player or because Bowen was deemed not to be interfering. It's because although Bowen was offside during the initial touch from Vlasic, Vlasic then stretches out and gets a 2nd touch on the ball, knocking it into the keeper, just as Bowen interferes with play. This second touch from Vlasic is actually slightly infront of Bowen due to the outstretched leg. 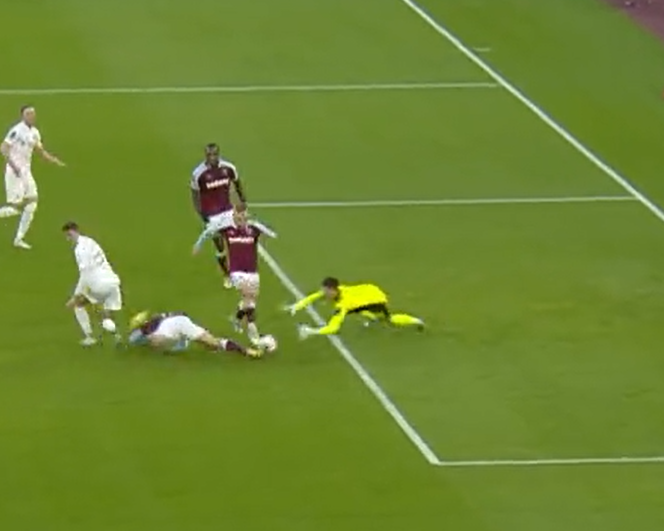 The Yorksha Evening Post have sought out the official reason and you are indeed right ( I think?

Reading the OV you'd think the result was only about bad refereeing and West Ham diving.

I honestly don't remember one dive from West Ham except the Vlasic one early on, and although he claimed it, I think he slipped over rather than dived.

I suppose we'd be bleating if the first goal was given against us but let's be honest, 2-0 was a pretty fair reflection of the 90 minutes. The best team won.
Top
Post Reply
586 posts