funky chicken wrote: ↑
Thu Sep 23, 2021 10:04 am
Don’t get me wrong the players equally need to have the right attitude too. Dawson and Diop could easily go out onto the pitch and sulk. But thankfully they both have the right attitude. They want to remind the manager what they can also offer. And we can only benefit from that.

On that front, having a relatively light squad is going to work in our favour in the periods where we avoid major injuries. It means everyone is only a week or two away from playing so there won't be anyone feeling disengaged.

Maybe not in the case of poor old Randy.
Top

The Old Man of Storr wrote: ↑
Thu Sep 23, 2021 10:12 am
Had to feel for Fredericks last night - that nutmeg and run into the penalty area was something you'd expect from someone at Manchester City - had he completed the 90 minutes [ and the result stayed the same ] I think he'd be in line for a start against Leeds Utd .
Hope he recovers quickly .

I agree with the Citeh comparison. He burst through three players and pulled it back exactly as they do for Sterling.

He’s a good squad player, who often does an effective job, just cannot stay fit. We would do well to improve upon him with a better rb bench warmer. However, Chilwell might be coming free.

It’s not beating Man C. we should be worried about; it’s crashing out to QPR in the quarter final when we start to think we could win the competition.

ogs dissing the cup saying its not his priority. they wont win the league, nor champions league so all on the FA Cup. no doubt another home game against us !

areola looked nervy to start but was fine at the end
fredericks started great. hope his injury isnt bad
diop and dawson great play from them
johnson looking better this season. good game. has a future
coufal, normal good game but getting caight out for pace a few times
noble good game but too many dive ins and it was a pen
kral first game and it showed. he got better though and moyes and his team will turn him into a good player. we need him to cover rice/soucek
yarmo - looked knackered from the first minute but kept running and should have scored late on. I would have brought benrahma on for him second half.
bowen - deserves an england call up. MOTM for me
fornals looked quality when he came on
lanzini took his goal well

onto the next one
Top

Fredericks - “Gutted to pick up the small injury but will be back in no time! #COYI.”
Top

More importantly can we sue Man Utd for having a playing area that shouldn't be allowed?
Top

Albie Beck wrote: ↑
Thu Sep 23, 2021 7:53 am
Don't suppose there's any chance of retrospective action against Matic? That was so premeditated...

Anyone got a link to it
Top

Georgee Paris wrote: ↑
Thu Sep 23, 2021 8:25 am
I used to put a few quid on us wining every game 5-0 (in the bookies in-between Plaistow station and the Vic) one game at the Boleyn we were beating Burnley 5-0 and everyone around me in the crowd knew about my bets and I told them we’d all go out and have some beers and possibly hit a strip club… I was half way thru phoning my mum celebrating my windfall when everyone around me was pushing and jostling me - I had no idea what was going on… I got off the phone and it was 5-2… gambling’s a mugs game.

I have re visited the archives for a match report of that game, in November 2009, since this still lives long in many people's memories. Take one look at our God awful team that day and you will think, Yuk, with a capital 'Y'. Then take one look at who was managing that God awful team. But we cannot live it down. Guess you can never say it won't, but I do think that now, it is far less likely
Top

Someone is going to get a bad injury someday thanks to that raised hollowed turf. The ad boards are more important.
Top

All that training on how to scuff the ball in front of goal or kick it straight at the goalie is paying off. 5 players managed superb scuffs or hit the goalie. Bowen holds his head in disbelief every time as if nothing short of a miracle had stopped his powder puff scuffs at the goalie. Good player, lousy finisher.
Top

This is from CH's captions thread - kind of shows it...

The ref didn't see it so he could be charged could he not? He won't be because 'well' but he could be.

Credit to Coufal again, if it was one of them they'd have screamed so loud and rolled about on the floor for 15 minutes with the rest of the team and the subs surrounding the ref whilst Tyler on Sky calls it attempted murder.
Top 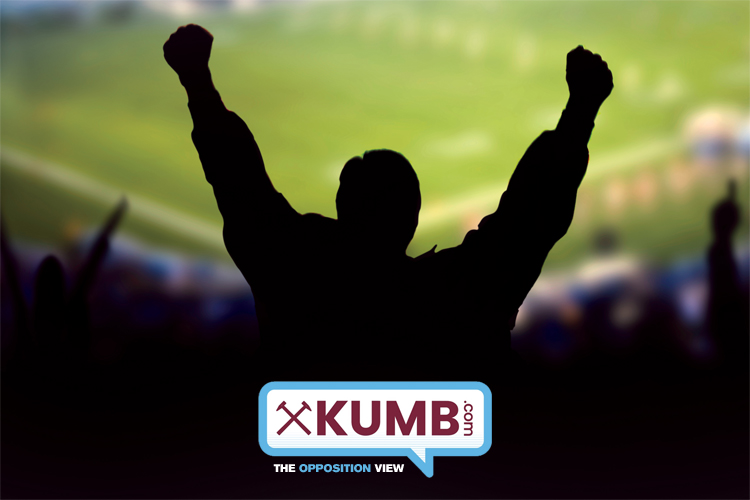 A fantastic result and minutes in the legs for Kral, Arthur and yarmolenko. Some of our players need it due to so much football.

Kral will take a while to get up to speed, the prem is a different ball game to the Czech league.
Top

I'm sure (and hope) it's been said already but that performance from Bowen last night was incredible.

southendmadhammer wrote: ↑
Thu Sep 23, 2021 12:57 pm
I'm sure (and hope) it's been said already but that performance from Bowen last night was incredible.

Thought he struggled a little when having to compete directly with their centre backs but gave me a lot of confidence that he can lead the line against most teams and still give a good focal point to the attack.

southendmadhammer wrote: ↑
Thu Sep 23, 2021 12:57 pm
I'm sure (and hope) it's been said already but that performance from Bowen last night was incredible.


Thanks for posting that Jarrod.

Just a massage this morning I take it ?