West Ham United's thoroughly-encouraging season ended in disappointing fashion after Stoke came from behind to steal all three points at the Britannia Stadium this afternoon.

Slaven Bilic's side, who ended the campaign 7th in the table should have been out of sight by half time but poor finishing meant Michail Antonio's 13th goal of the season* was the difference at the interval.

That was always a dangerous situation with the hosts having nothing to play for - and it took Mark Hughes' side just ten minutes to level the scores after the restart, through Giannelli Imbula who beat stand-in 'keeper Darren Randolph with a precise effort.

I done coms on the West Ham game today.
West Ham should have scored 6 and were brilliant!!!
Stoke had 3 players
Imbula Shawcross and Given

The winning goal arrived with the Hammers desperately pushing forward in search of the goal that would have taken them back above Southampton, who thrashed Crystal Palace 4-1 in their final fixture.

A Stoke corner was nodded home by an unmarked Mame Biram Diouf to condemn West Ham to defeat - maintaining the club's unwelcome record of having lost every final match of the season since returning to the top flight four years ago. 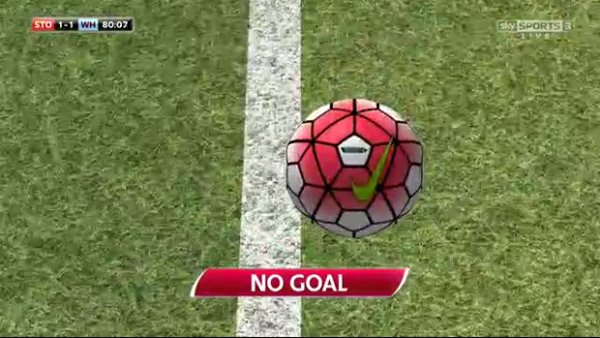 Man of the Match: Carl Jenkinson.