West Ham ended their brief tour of the US with an entertaining yet rain-interrupted game against the Railhawks in North Carolina this morning.

With promises of live streams disappearing just as quickly as the clear blues skies that had overlooked the stadium earlier in the day, Hammers fans who had stayed up late to watch the team in action were forced into watching wobbly periscope and Facebook feeds.

And they were treated to an lively encounter between Slaven Bilic's travelling party and the hosts - until, that is, both teams were forced to withdraw from the field of play just after the hour mark due to a sudden angry storm.

By that stage the Hammers had gained a narrow advantage through goals by Winston Reid and Andy Carroll - although the Railhawks had taken a 7th minute lead when the aforementioned Kiwi inadvertently directed an Nazmi Albadawi cross into his own net.

It took United just 11 minutes to restore parity though, through Reid, who calmly converted a precise pass from Carroll to make it 1-1.

Three minutes later new signing Sofiane Feghouli was heavily involved, as West Ham's #9 converted a low cross from the Algerian international to send West Ham into the interval with a slender lead.

62' - The officials have suspended the match due to adverse weather. The match will resume as soon as conditions clear #CARvWHU 1-2

Following the temporary and unscheduled break, a string of changes followed leaving a much weaker West Ham XI to face the final half hour.

Unfortunately inexperience told and the hosts grabbed what was probably a deserved equaliser on 68 minutes when Ceballos converted from the penalty spot, after Lewis Page was adjudged to have deliberately handled the ball.

With both tour dates fulfilled, it's back to Blighty tomorrow for the travelling - and winless - party following their brief sojourn in the States.

Although the two results - here against the Railhawks and last week against the Seattle Sounders, some 2,850 miles away - may not have gone particularly positively for Bilic and his (under-strength) squad the trip will still be viewed as a successful one.

However the manager will no doubt look forward to bringing his entire first team squad together for the first time upon his return to England, when the likes of Angelo Ogbonna, Ashley Fletcher and a certain Dimitri Payet return from their earlier summer engagements. 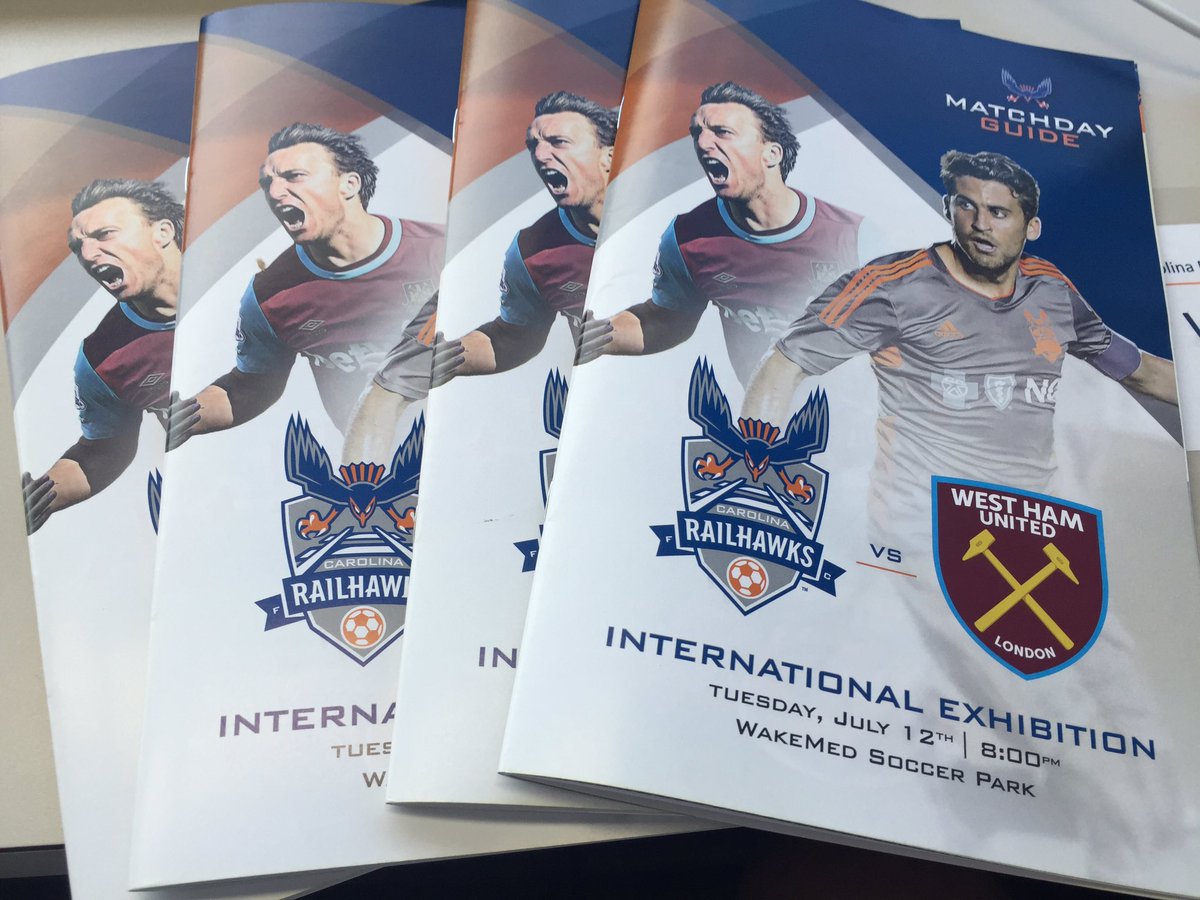