West Ham were behind on three seperate occasions but still managed to win by two clear goals in their latest pre-season friendly against Hertha Berlin.

Manuel Pellegrini decided to start with what was practically his strongest XI, although back-up goalkeeper Roberto was drafted in shortly before the match commenced following the mysterious loss of Lukasz Fabianski who had been due to start. 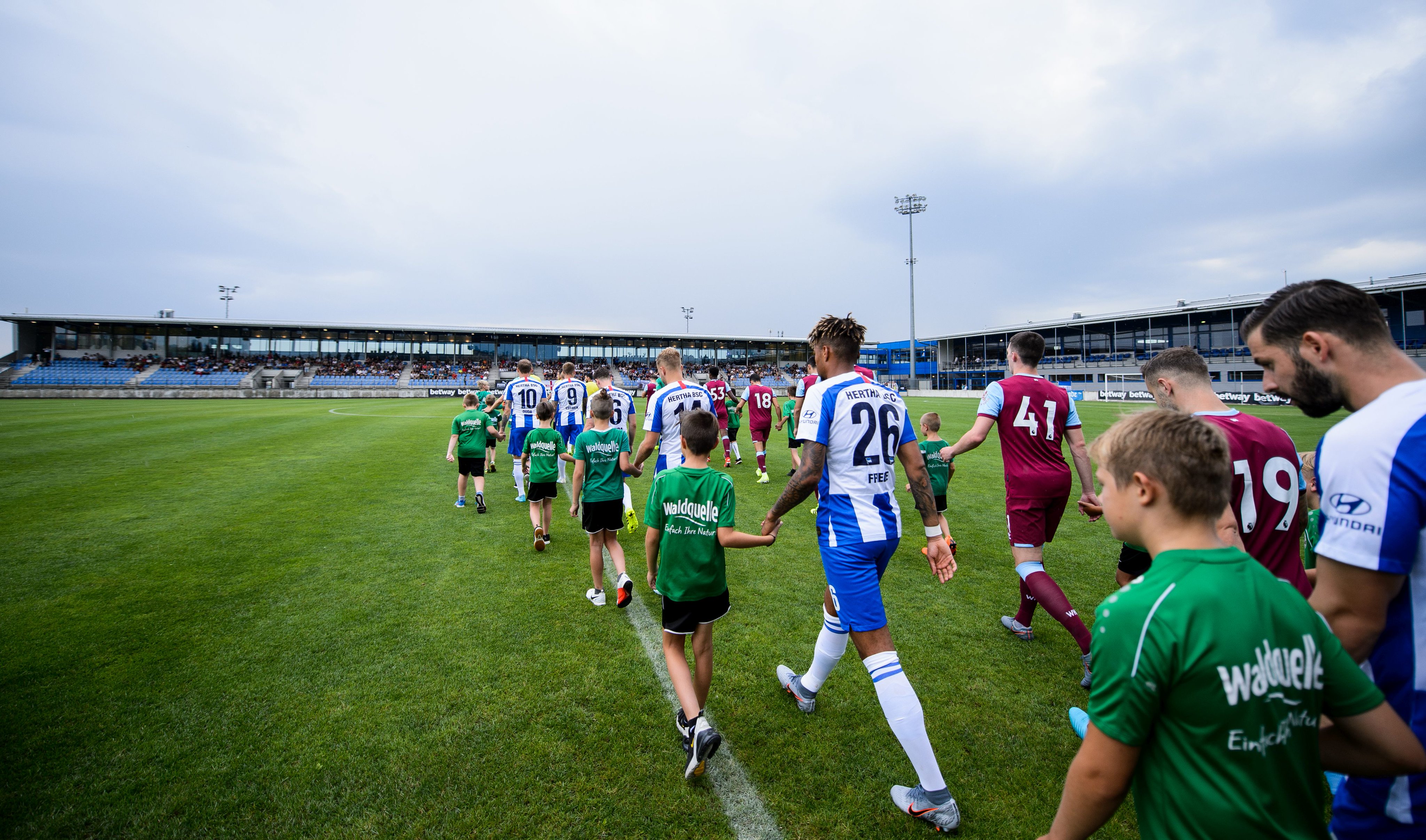 [img: Hertha Berlin FC]
The match, being played on neutral soil in Austria was just three minutes old when Berlin took the lead through Pascal K??pke, who took advantage of a slip by Fabian Balbuena to slot home.

But West Ham found themselves back on level terms just eight minutes later as United's two big summer signings - Pablo Fornals and Sebastien Haller - combined before the latter found the corner of the net with a tidy finish.

Undeterred the Bundesliga side continued with their attacking poilcy and regained the lead with 22 minutes on the clock. A long ball down the left found Davie Selke, whose shot appeared take a deflection via Declan Rice's foot before hitting the back of the net.

The game was less than half-an-hour old when West Ham added a fourth goal of the day through Manuel Lanzini, scoring a not entirely dissimilar effort to his recent strike against Fulham.

Starting from the left side of the penalty area, the Argentine curled a superb effort into the far bottom corner of Thomas Kraft's net to level the scores for a second time.

[img: Hertha Berlin FC]
Following a slew of half time substitutions it was the Germans who were first to find the back of the net; fortunately however the 52nd minute effort was ruled out for what appeared to be offside, although replays confirmed there was no infringement.

Yet Hertha did eventually retake the lead on the hour mark when a long ball over the top once again proved profitable. Roberto did well to parry the intial effort but could only palm the shot into the path of K??pke, who doubled his tally for the day to make it 3-2.

Shortly after Berlin has seen a second effort ruled out for offside, West Ham restored parity for a third time.

With 70 minutes on the clock substitue Robert Snodgrass delivered a free kick to the back post, where an unmarked Haller was waiting to nod the ball back across goal into an empty net to register his first goal for the club.

There were just ten minutes of regulation time remaining when West Ham took the lead for the first time in the match. A free-flowing counter by the Hammers ended up with Grady Diangana and the youngster passed the ball into the net with only the 'keeper to beat.

With the 90 minutes almost up West Ham added a little gloss to the final score by adding a fifth, though Michail Antonio. All in all it had been a good workout for the Irons, and one of the most entertaining pre-season friendlies in recent years.

Fabian Balbuena
An untimely slip at a vital moment was responsible for one of Herth'a goals. Otherwise reasonably tidy.

Declan Rice
Neat and tidy, picked out some good passes. Appears to struggle a little without Mark Noble alongside him.

Jack WIlshere
Has enjoyed a mini-run of games in pre-season, which can only bode well for the season ahead.

Felipe Anderson
A reasonably quiet game for ther Brazilian winger, who lasted an hour this afternoon.

Manuel Lanzini
Back in the team and back on the scoresheet. He appears to enjoy playing alongside Fornals.

Pablo Fornals
Just about the best player on the park. Scored a lovely goal and looked lively throughout.

Sebastien Haller
Was a real handful for Berlin's defence. Scored his first of what will hopefully prove to be many goals for West Ham.

Angelo Ogbonna
(Replaced Balbuena) The Italian hasn't enjoyed the best of pre-season where he had frequently looked off the pace. Looked comfortable today however.

Carlos Sanchez
(Replaced Rice) A decent performance for the half-an-hour or so he was on the field.

Andriy Yarmolenko Javier Hernandez
(Replaced Anderson) A fairly quiet and uneventful afternoon's work for the Ukranian, who is still feeling his way back to full fitness.

Michail Antonio
(Replaced Fornals) Playing on the left, he looked both fit and lively when bursting forward.

Pablo Zabaleta
(Replace Johnson) The old soldier replaced the young pretender for the final 19 minutes and managed to keep Berlin at bay.

Grady Diangana
(Replaced Lanzini) Lookes bright and sharp and was rewarded for his efforts with a first goal of pre-season. * Other subs used: Javier Hernandez (Haller 71); Masuaku (Cresswell 80).