West Ham ended their trip to China with a win against locan side Beijing Guoan at the Worker's Stadium this morning.

Late goals from Danny Gabbidon and Zavon Hines ensured the Hammers won this third place play off against a second string Guoan side, who had sent most of their first team players home in preparation for a vital league fixture this weekend.

However Gianfranco Zola's side had to wait until the 80th minute to break the deadlock when Danny Gabbidon nodded home a Mark Noble corner. A deep cross was strongly headed back towards the bottom right hand corner by thwe Welsh centre half, playing his second successive game since returning from injury.

The win was wrapped up in the third minute of injury time when substitute Hines, on as a 79th minute replacement for Luis Jimenez picked up a through ball some 40 yards from goal before finishing expertly between the keeper's legs.

The Hammers return to England later this weekend with just one more game planned before the start of the new Premier League season - that being against Napoli at the Boleyn eight days from now. 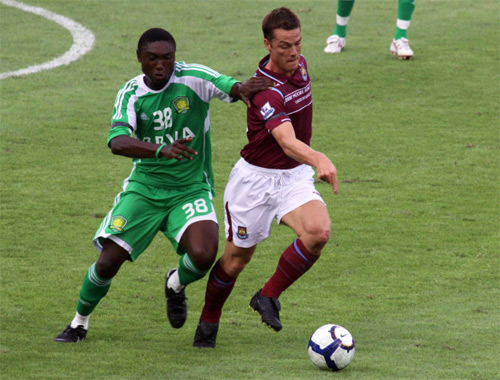 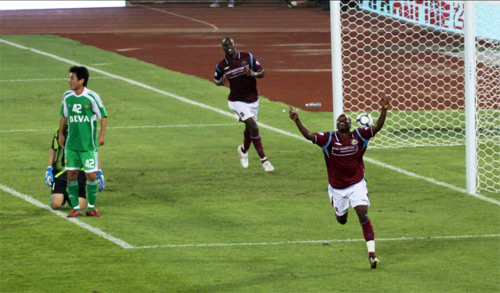 Zavon Hines wraps it up in style 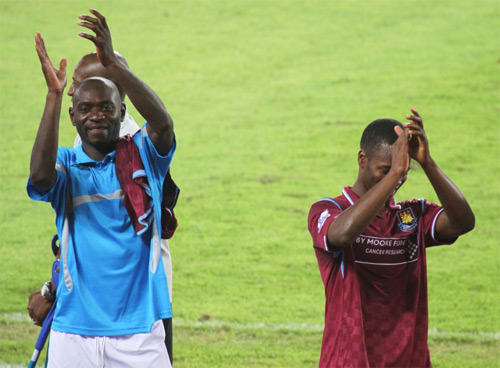 Smiles all round at the final whistle 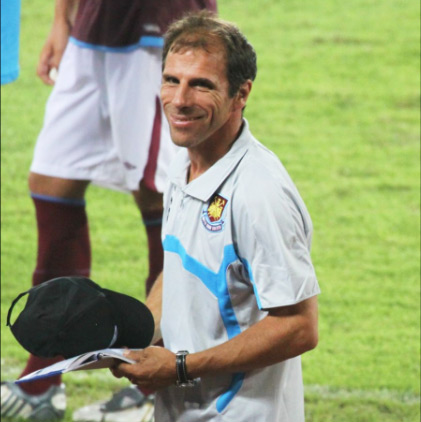 * With thanks to Upton Girlie for the images

Jonathan Spector
Carried on from a great performance in the Confederations Cup.

Herita Ilunga
Made some good forays into enemy territory; untested in the main defensively.

Danny Gabbidon
Nice to see him back and a well taken goal to boot.

Mark Noble
Passing not at its best but held the midfield well.

Scott Parker
A decent run out for Parker who needs games under his belt more than most.

Kieron Dyer
Our liveliest player on the park. With a little more composure he would have had a goal to boast about too.

Luis Jimenez
Some good touches but he will need to toughen up before testing some of the Premier League's more physical sides.

Carlton Cole
A decent show although chances were few and far between.

Bondz N'Gala
(Replaced Ilunga, 66 mins) Still some way from the first team but he always looks calm and composed.

Zavon Hines
(Replaced Jimenez, 79 mins) A really well taken goal from a player enjoying his football. Not a million miles away from the first team given the current squad situation.

Josh Payne
(Replaced Parker, 79 mins) His 'horror tackle' that left his opponent writhing on the ground would have produced a straight red in domestic football. We'll put this one down to the hot weather ...

Savio Nsereko
(Replaced Dyer, 85 mins) Criminally underused on this tour, some might say. The question is 'why?'

Jordan Spence
(Replaced Noble, 90 mins) A brief run-out for a player seemingly perenially on the fringe.

Peter Kurucz
Did not play.