The Boleyn Ground paid tribute to Dylan Tombides this afternoon, just 24 hours after the young Hammer lost his brave fight against cancer.

It was announced yesterday that Tombides, who celebrated his 20th birthday in March had passed away following a three-year fight with cancer - just a matter of months after he represented both club and country for the last time.

Today, an emotionally-charged Boleyn said goodbye to the Australian striker who moved to England with his entire family five years ago in order to pursue his dream of becoming a professional footballer. 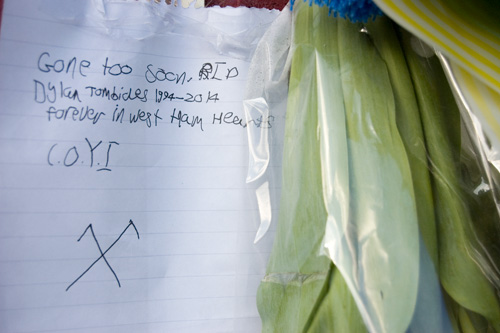 That he achieved his wish of making West Ham's first team - albeit for just one match, a Carling Cup tie against Wigan in 2012 - will be some solace to father Jim and mother Tracylee, both of whom were at the game today along with Dylan's younger brother Taylor and other members of the family.

However his number 38 shirt was to make one more appearance on the Boleyn turf when his father and brother laid it in the centre circle ahead of kick off this afternoon, to a deafening round of applause from both West Ham and visiting Crystal Palace fans.

West Ham's traditional 'family club' tag has often been scorned at, ridiculed even. However on days like today, the true meaning of that comes to the fore.

Co-owner David Gold, who has done much to right the wrongs of the past with regards to the club celebrating its legendary figures was on the touchline to comfort Dylan's mother as his father and brother laid the number 38 shirt to rest. 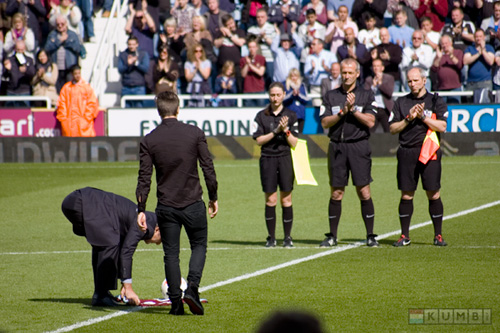 And as the two men left the field, naturally shattered by the events of the past 24 hours and leaning upon each other for support, Tony Carr - who has worked with Dylan and Taylor at the Academy since the family came to England - was first to approach the duo with a hug and words of comfort.

Shortly before kick-off it was confirmed that the number 38 shirt, which Dylan wore in his solitary first team appearance will be retired in his honour. Then, in one final act of solidarity and affection, the entire stadium joined together in the 38th minute of the match for a standing ovation dedicated to Tombides.

Thereafter a football match followed which visitors Crystal Palace won 1-0 courtesy of a second half penalty from Mile Jedinak. However on a day like today, a game of football - for that is all it is - was of little importance. 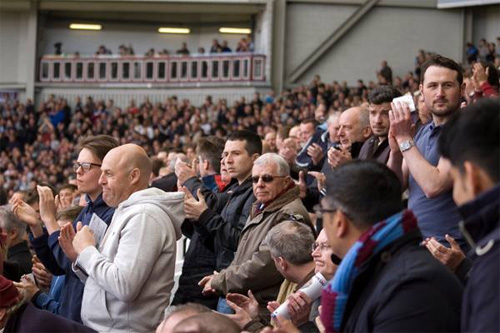 Attendance: 34,977.
* Something to say about this story? Please visit the KUMB Forum to leave a comment.