The French press have leapt to the defence of West Ham United's Dimitri Payer after Sky pundit Paul Merson accused the midfielder of performing poorly.

Speaking last week, the former Arsenal star claimed that Payet has displayed a poor attitude in recent fixtures whilst suggesting he had one eye on a January move.

"Dimitri Payet doesn't look interested - at all," spewed Merson following West Ham's recent 4-1 defeat at Manchester United. "I would advise him to knuckle down and help get West Ham out of this relegation battle.

"He looks like someone that wants to be moving on his way. If it wasn't for West Ham nobody would have ever heard of Payet - he wouldn't even be playing for France."

Naturally Merson's comments caused a degree of consternation amongst our friends across the channel, where French football website GFFN subsequently accused Merson of short-sightedness in an 800-word defence of the Euro 16 star. 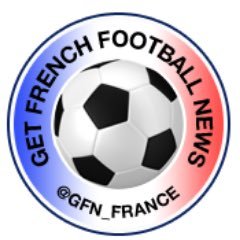 French website GFFN spoke out in defence of Payet

"Payet has not been the shining light he was last season in a West Ham side struggling dramatically in the Premier League," wrote GFFN.

"It is right to call an important player out for not doing more to pull his side away from danger. However, those are not the quotes that we take issue with today.

"It’s not right to call out Merson for not watching French football, he has a job that involves watching the Premier League on a regular basis and that’s where he will be pulling most of his knowledge from.

"However, in this modern age, many would have known about Payet before he joined West Ham. Had it not been for an exceptional season from Alexandre Lacazette he would have been Ligue 1’s Player of the Year.

"With recognisable names brought from FIFA, Football Manager, to the popularity of the European Football Show on BT Sport Merson's view is clearly old-fashioned and narrow sighted.

Luckily, it’s something that a slowly growing, more knowledgeable audience would not have agreed with. The days of a player needing to prove himself on a cold December night in Stoke are over.

"Then again, why we listen to the opinion of a person who can’t even be bothered to learn how to pronounce player’s names, I will never know..."
* Something to say about this story? Please visit the KUMB Forum to leave a comment.