West Ham United's outgoing first team coach Edin Terzic has thanked West Ham's fans for their support during his two-and-a-half-years at the club.


Following news of the mass exodus, the 35-year-old coach issued his own personal statement via social media - as is de rigueur these days.

In it, he thanked all those associated with the club for their "support and patience" - whilst promising that would never "forget all the great memories we achieved together". 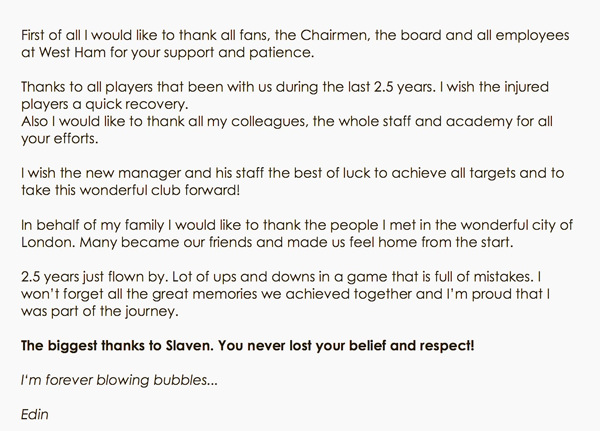 Terzic's departing message to the club
* Something to say about this story? Please visit the KUMB Forum to leave a comment.