David Moyes blamed 19-year-old Declan Rice for making a "poor" mistake that set Arsenal on the way to victory at the Emirates this afternoon.

The manager laid into the rookie during his press conference as he attempted to explain why his side capitulated, again, conceding three goals in the final ten minutes of the match.

Hear what a disappointed Moyes had to say about the afternoon's events during his post-match press conference... 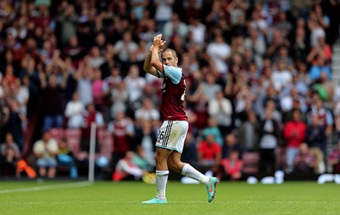 More injury woe for Moyes ahead of West Brom test