West Ham United have confirmed the appointment of the club's first Director of Football under the current administration.

Co-owner David Sullivan's promise to hire a DoF has finally been fulfilled with confirmation that Mario Husillos has been handed the role on a full-time basis. 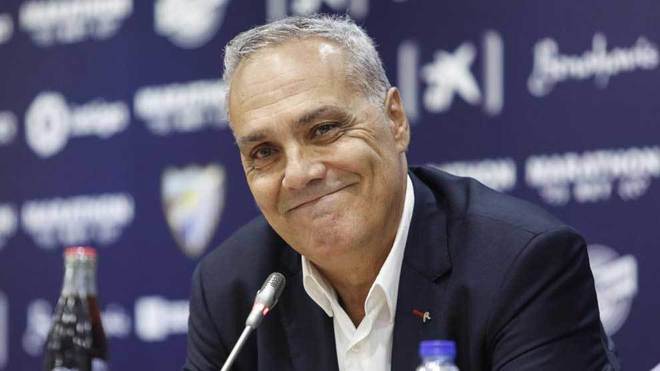 Argentinian Husillos, 59, was most recently employed by La Liga side Malaga but left the Spanish club last week, prompting rumours that he was about to take the job at West Ham.

He previously worked with West Ham's new boss, Manuel Pellegrini, when the pair were both at Malaga at managed to take the club into the Champions League.

"I am very excited. West Ham United is a club with huge ambition. The challenge to help deliver that ambition is what really attracted me to the role," he said.

"I know the manager well and know he wants to deliver an exciting brand of attacking football," Husillos told West Ham's website. "It will be my job to supply him with the tools to do just that.

"I am very much looking forward to working with Manuel Pellegrini again. We had great success together at Malaga, reaching the Champions League, and he is someone that I have huge respect for.

"I have seen West Ham play many times before. The fans are very passionate and close to the team, and I hope we can give them a team to be proud of next season."

Hussilos' role was confirmed by the club's outgoing and self-appointed Director of Football, co-owner David Sullivan, who confirmed that the new man would be given full responsibility for all player acquisition.

"On behalf of everyone at West Ham United, I would like to welcome Mario Husillos and his family to the club," he said.

"Mario will take complete, strategic control of all player recruitment and, alongside Manuel, has the full support and confidence of myself and David Gold to lead that department."

Husillos, who hails from a suburb of Buenos Aires, enjoyed a long playing career that began with Boca Juniors in 1977.

He moved to Europe in 1978 to spend a season with Real Madrid's 'B' team, Castilla, but found greater success at clubs such as Cadiz, Murcia and Malaga, with whom he spent three spells and to where he later returned as a coach.


Husillos took his first steps in management in 1999 when returning briefly to Argentina, where he took the reins at current Primera B Nacional outfit Club Almagro for one season. Thereafter he enjoyed a further season as Head Coach at Murcia (2004-05) and another year as manager of Malaga (2006-07).

However he has since returned to working behind the scenes, including a productive spell alongside Pellegrini between 2010 and 2013, when they managed to take the unfashionable club into the Champions League.
* Something to say about this story? Please visit the KUMB Forum to leave a comment.