Give us our honours back!

West Ham have expressed thier "disappointment" at the removal of the club's list of honours from the Olympic Stadium.

Eagle-eyed supporters spotted that the clubs honours - which had previously been detailed in the hoardings between the lower and upper tiers of the West Stand - have been replaced during the summer by standard boards showing the name of the stadium.

And in a statement released on whufc.com, the club expressed their displeasure at the situation which it blamed on the ongoing dispute between the club and the stadium operators.


"For the second year running E20 have attempted to hold us to ransom and force us to pay a fee we are not liable for," blasted vice chair Karren Brady.

"The club simply cannot continue to yield to paying invented invoices year after year. We do not owe a fee for maintenance of the big screen and it has nothing to do with the mid-tier honours.

"We offered to pay twice what we paid last year for the honours to be restored and this was accepted over the summer.

"We also offered a negotiated solution to the maintenance of the screen even though we do not owe this money but just days before our first game they tried to force us to pay a fee we are not liable for.

"In our first year at the stadium we paid a ?1million fee that was not part of our tenancy agreement to clear up a dispute over signage in the stadium.

"Last year we paid further fees to cover the reinstatement of the mid-tier honours on the understanding it was rolling annual fee which this year we agreed to double.

"We are frustrated and angry that our landlords should act in this underhand way and we will not hesitate to take a legal route to confirm our rights under the tenancy agreement. 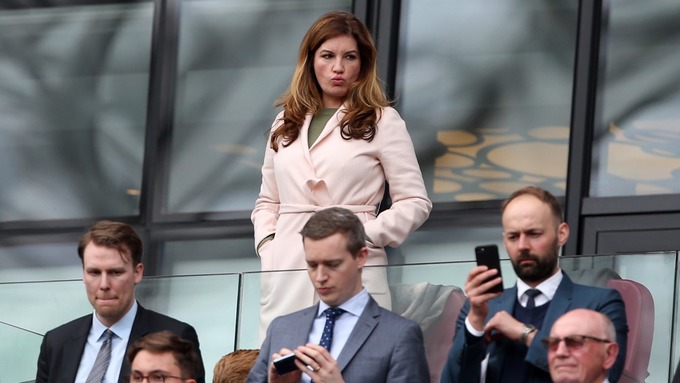 "We are confident in our position because we have acted properly and followed the terms of our tenancy agreement at all times.

"It is disappointing that that yet again E20 will find itself in a legal dispute of its own making. I can only apologise to our fans.

"The mid-tier Honours list is an important part of our heritage and the look and feel of the stadium as the home of West Ham United. We will continue to do everything we can to ensure it is restored to its rightful location as soon as possible."

It was revealed last November that legal challenges by West Ham had cost the taxpayer in excess of ?3million. West Ham's financial burden is said to have totalled around ?500,000, according to Brady.
* Something to say about this story? Please visit the KUMB Forum to leave a comment.