Jordan Hugill is the most high-profile first team squad member to be omitted from the party that will travel to China next week to participate in the 2019 Asia Trophy.

West Ham announced their 23-man touring party earlier today, but it was bad news for the former Preston striker who is yet to start a Premier League match for West Ham since moving to the club in January 2018.


Hugill, for whom West Ham paid ?9million will miss the trip along with the likes of Sam Byram and Reece Oxford - whilst there are no places for up and coming youngsters such as Nathan Holland and Xande Silva.

West Ham kick off their tournament in Nanjing against favourites Manchester City in the semi final at 1.30pm on Wednesday, 17 July. The other semi final will be contested between Wolverhampton Wanderers and Newcastle United.

The two losing semi finalists will face each other in a third-place play off on Saturday, 20 July at 6pm - whilst the two winners will contest the final immediately afterwards.

Both of those matches will take place in Shanghai's Hongkou Stadium. The full squad that will take part in the Asia Trophy is as follows. 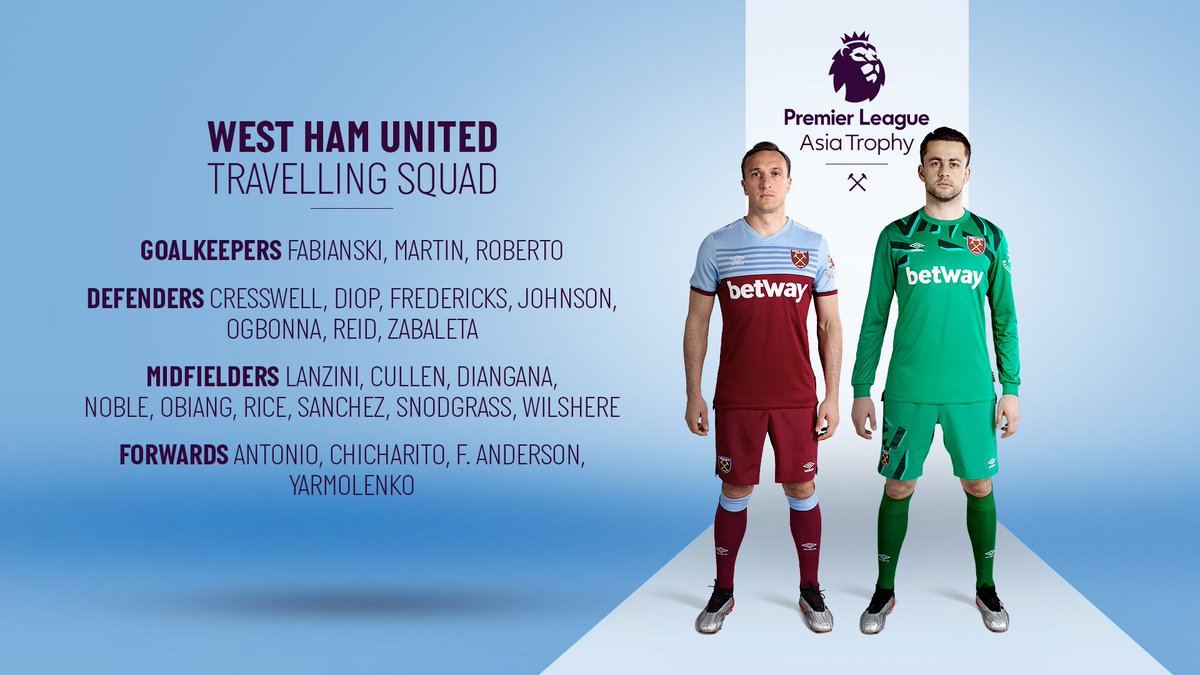