With the game in the balance at 1-1, Andre Gray rounded Lukasz Fabianski before sending a low cross to where Hughes was waiting at the far post - only to see the midfielder send his shot into the stands with the goal at his mercy.

And the Watford boss - who has seen his team concede six goal at home in their opening two games of the campaign against West Ham and Brighton - believes that the game could've ended differently had Hughes not experienced a moment of madness,but conceded that West Ham finished the game better.

"It's true there were some moments in the game when we dominated," he said during his post match press conference. "We created chances - but if you don't score [more] with 23 shots, then it's difficult. We have to be more clinical when we dominate the game.

"In the second half, it's true West Ham played better after that clear chance with Will. If we are critical with ourselves and demanding, we know we can't concede seven goals in three games.

"If we had 23 shots and only three on target, that says something about the attack. We need to improve and to be more precise, more clinical. Defending, we need to defend better at set-pieces.

"They hit the post from a corner kick, for example. In all different phases of play we need to improve. There are moments when the anxiety doesn't help us to play better. We don't have a good balance. It's difficult to change that dynamic.

"We've been punished for all the mistakes." 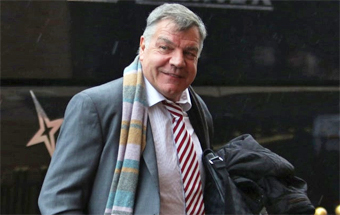