It's transfer deadline day across the majority of Europe - and at least one or two players are set to leave West Ham before the window closes.

Bar the Premier League, which called a halt to negotiations three weeks ago, most of Europe's top leagues are still in business for the remainder of the day.

And Javier Hernandez is the most high-profile name set to leave the club ahead of the various deadlines between 5pm this afternoon and midnight.

Hernandez - who is out of contract at the end of the current season and one of West Ham's top wage earners - is on the verge of completing a move to La Liga side Seville in a deal worth around ?8miliion.

His departure will also save the club in the region of ?7million in wages over the course of the next year - although he can only be replaced by a free transfer before the next window in january.

One player who has already left the club is Academy midfielder Kristijan Belic, who has joined Greek club Olympiakos on a permanent transfer for an undisclosed fee.

The 18-year-old - whose favourite footballer is Paolo Di Canio - spent four years at West Ham having been signed from OFK Beograd in September 2015.

"Very happy to sign with the biggest club in Greece on deadline day," he wrote via his instagram page. "Ready to give 100 per cent for Olympiacos FC. Thanks to West Ham for four beautiful years."

Midnight: Scottish Premier and lower leagues
* Something to say about this story? Please visit the KUMB Forum to leave a comment.

Sullivan's regret over lack of progress 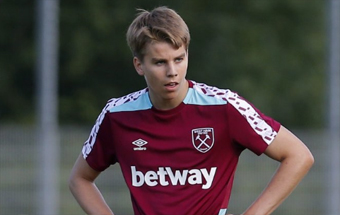