West Ham United supporters have delivered an overwhelming vote of 'no confidence' in the club's board and to their promises to deliver change on the eve of a planned demonstration.

During the past few days David Sullivan, David Gold and Karren Brady have been involved in a media offensive designed to dilute support for the anti-board protest being staged inside the Olympic Park between 1-2pm on Saturday, ahead of the Everton game.

Slammed: 94 per cent of those polled have no faith in the board to deliver meaningful change

Between them, the three key board members have appeared on TV (Sky News), on the radio (TalkSport) and in print (The Evening Standard, The Sun) in order to defend their record since purchasing a controlling stake in the club ten years ago to the day.

However their appeals appear to have fallen on deaf ears after the fan base delivered a comprehensive message of 'no confidence' to the board, in a KUMB poll staged over the last 24 hours on our website and social media channels.

West Ham supporters were asked: "Do you have confidence in WHUFC's board to deliver success both on and off the pitch?" And the result equated to a humiliating defeat for the board and a damning verdict of their record over the last ten years.

Following more than 2,000 votes, the results were as follows: 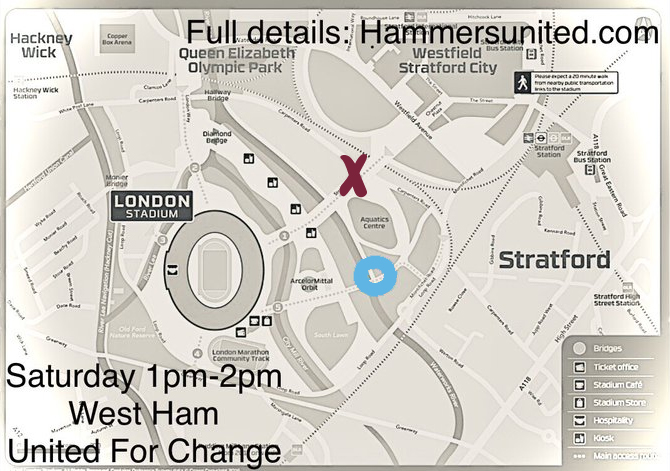 The protest, staged by supporters group Hammers United under the banner of 'United for Change' will be held this afternoon just a few hundred yards from the London Olympic Stadium.

And hundreds of supporters are expected to attend in order to voice their disapproval of the current administration and their record since arriving at the club ten years ago to the day.
* Something to say about this story? Please visit the KUMB Forum to leave a comment.