West Ham remain just above the relegation zone having failed to secure a win against Everton at the London Olympic Stadium this afternoon.

Despite taking the lead five minutes ahead of half time the Hammers were pegged back before the break - and with no additional goals arriving after the interval were forced to settle for a point from a game in which three were much needed.

Issa Diop scored what looked like being a priceless opening goal when he converted Robert Snodgrass' free-kick from the right touchline with a well-placed header.

But United's lead was to last for just four minutes as Dominic Calvert-Lewin equalised with a diving header after Mason Holgate flicked on Lucas Digne's corner.

West Ham managed a total of 12 shouts throughout the game, six of which were on target - and Sebastien Haller should perhaps have done better with a header when the scores were locked at nil-nil.

Bar that chance clear-cut opportunities were few and far between and perhaps the nearest West Ham went to grabbing a second came when Everton goalkeeper Jordan Pickford almost carried the ball over his own goal line following a routine save.

Darren Randolph, making his second debut having re-signed for the Hammers in midweek was rarely called into action with Carlo Ancelotti's side managing to create just three efforts on target from their 11 efforts.

And in the end, a point apiece was probably the right result with neither team really doing enough to win all three points. 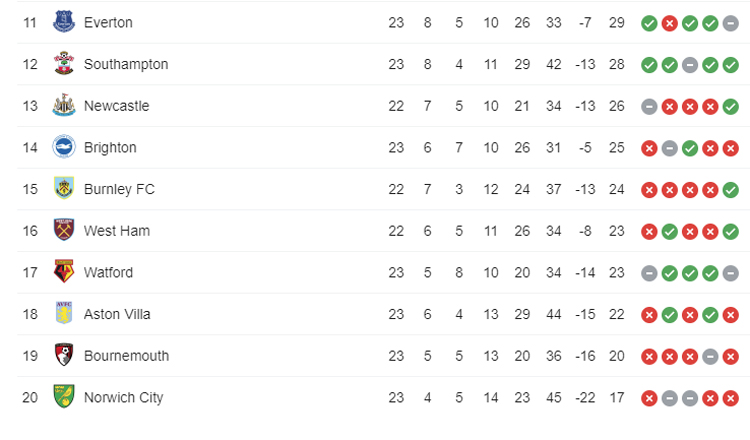 Tickets Sold: 59,915.
* Something to say about this story? Please visit the KUMB Forum to leave a comment.