The former Hammer may have blown his chances of landing a place as part of David Moyes backroom team after he delivered a passionate monologue in which he blasted David Sullivan and his team for failing to improve the squad during the current transfer window.

Like Stuart Pearce before him, who claimed he'd been prevented from returning to the club in a coaching capacity last month by the board as a result of comments he made in the media two years ago, Cole too is unlikely to be welcomed back now following his outburst on BT Sport in the wake of West Ham's FA Cup defeat at home to Championship side West Bromwich Albion. 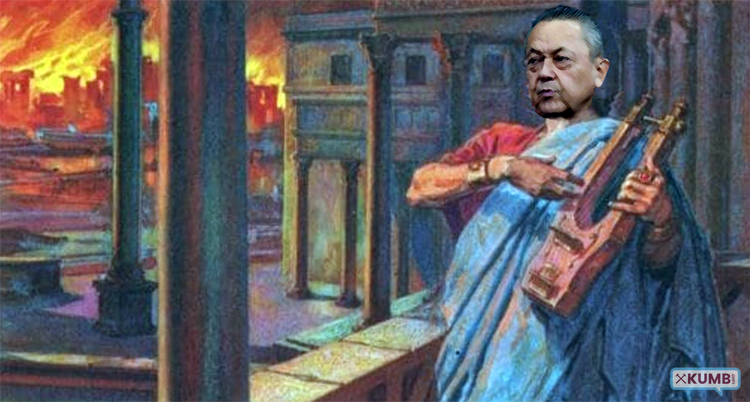 The Essex fiddler: Sullivan as Nero

"The fact that we're five or six days away from the end of the [transfer] window; if there ever was a time to be proactive on the first of January and say, 'right, we're going to bring these four players in and this is the reason'.

'They're either young players we're going to develop because we fancy we'll stay up with David [Moyes] and what we've got, or they're two or three experienced players who're available'.

"Maybe a Giroud, or someone like that - but let's do it on the first of January so that the players can get used to it. It takes a while to get [settled into] a new club."

And Cole also expressed sympathy for Moyes, who he believes is hamstrung as a result of the board's inability - or lack of willing, for whatever reason - to enhance his squad with competent signings.

"I feel for David because I know for a fact he's not leaving the training ground until nine at night," he added. "He is trying to drive that club forward."

To see Cole's interview in full, see below.