KUMB revealed earlier this week how The Boleyn pub was beginning its transformation from a traditional boozer to something more suitable for the new local clientele.

And it has now been confirmed that fellow former Hammers stronghold, The Victoria Tavern in Plaistow, is - like many other traditional pubs in the local area - set to close its doors for good.

Landlords Paul and Trudy Wood will close their doors for good on Friday [pic: Newham Recorder]

"It’s very sad news that The Victoria Tavern is to close," wrote the establishment's current leaseholders Trudy and Paul Wood.

"Our lease on the building is expiring, the landlords were going to extend the lease for a few months but has now decided to move building works forward. Our last day on the lease is now May 8.

"It is NOT closing because of money worries, because of the London Stadium or because of the Coronavirus crisis. It's purely because the lease has not been renewed, as we were anticipating. "

However the couple plan to offer West Ham supporters a new venue at which to partake in pre or post-match refreshments somewhat closer to West Ham's current home.

"We are gutted to be leaving the pub which has such great memories," the leaseholders added. "However, the good news is that once this Coronavirus crisis is over, we hope to have new premises in Stratford and once again open our doors to our fantastic customers.

"We hope all our friends and customers are staying safe during this difficult time and we hope to see all of you back once we open our new premises." 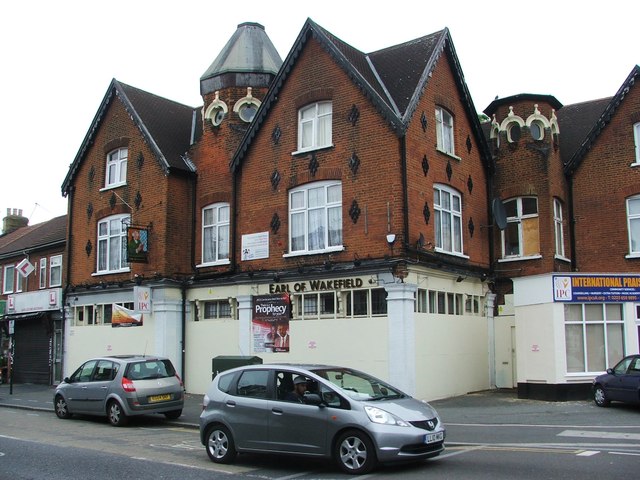 The Earl of Wakefield, former haunt of many KUMB regulars, is now used as a nursery

Former patron Neil Taylor, who administers the LLTB Facebook group was one of many who admitted he'll miss the Vic greatly. " A lot of boozers and other establishments were cut adrift by our club, but the news that the Vic's doors will remain closed is yet another kick in the teeth for the East end boozer," he wrote.

"Football was a lifeline for the likes of the Vic and many a great night had after games was had. Ska bands, DJs or just the big bar singing acapello. Some proper characters drank in that boozer and all were good people, especially the staff.

"Cheers to Trudy and Woody - welcoming hosts who I am pleased to call my friends and good luck in any new venture."
* Something to say about this story? Please visit the KUMB Forum to leave a comment.