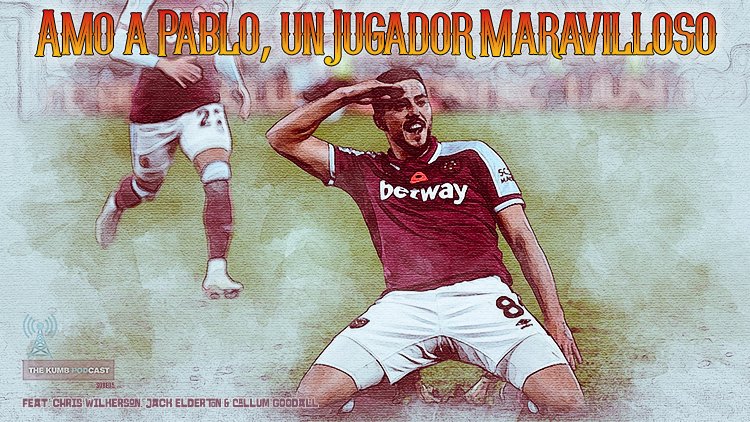 Episode 5 of the new KUMB Podcast is out!

Episode four of the new series - entitled 'Amo a Pablo, un Jugador Maravilloso' is available now to watch via KUMB.com's YouTube channel - and neatly embedded below so you don't even have to leave the site to watch!

In this week's show the team look back at another winning week which included the 3-2 defeat of Liverpool at the LOS!

Also on the menu in the latest episode are West Ham's set piece superiority, red cards (or lack of) and a regular dip in David Moyes' tactics.