It's probably fair to say that most West Ham fans have been moved to tears by some of the club's results, at some point, over the years.

Yet two years ago today many of us were feeling "something in our eye" for a completely different reasons after David Martin produced the performance of his life to keep Chelsea at bay in a memorable 1-0 win at Stamford Bridge. 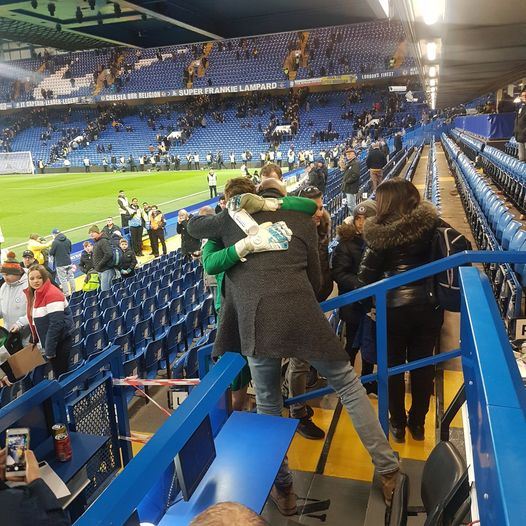 Has someone just peeled an onion?

And that was mainly due to the ensuing celebrations in which Martin - who was making his debut for the club he supported as a boy at the tender age of 33 - made a beeline for the stands where his father, Hammers legend Alvin Martin, was waiting to congratulate his son.

The embrace that followed between the two, as West Ham's third-choice 'keeper was overcome with emotion left many Hammers fans reaching for a tissue. And it was duly voted as KUMB readers' 'Most Memorable Moment' of the 2019/20 season, taking 67 per cent of the votes that year.

It was the first of five appearances for Martin Jnr that season, the last of which came in January 2020 as he stood in for the injured Lukasz Fabianski and an out-of-form Roberto.

And even though he hasn't appeared for the first team since enjoying that brief run in the spotlight, it is a day Martin Jnr, not to mention thousands of West Ham supporters is unlikely to ever forget - and quite possibly the most memorable debut by any West Ham player in the club's history.

Embed from Getty Images
* Something to say about this story? Please visit the KUMB Forum to leave a comment.