Moyes to turn to young stars for Zagreb clash

David Moyes could be set to turn to a host of youngsters this Thursday for West Ham United's final Europa League Group H game against Dinamo Zagreb.

The fixture is effectively a dead rubber for the Hammers, who qualified for the last 16 of the Europa League courtesy of a 2-0 win against Rapid Vienna last month. 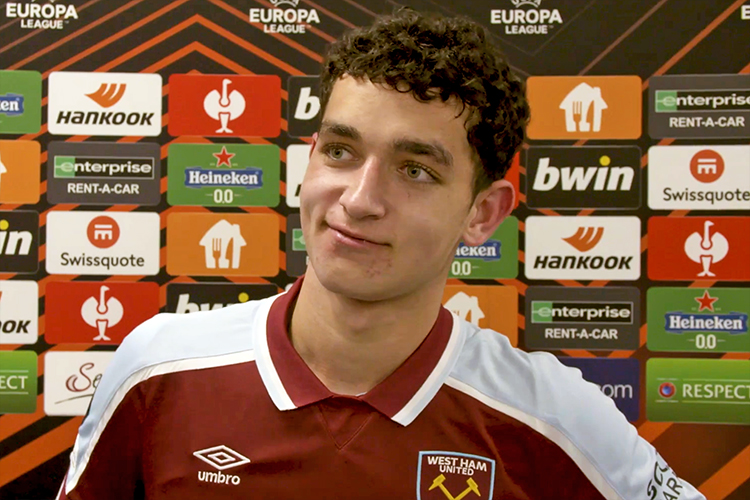 And that has given manager David Moyes license to introduce a string of rookies for Thursday's fixture at the London Olympic Stadium, should he so wish.

There was clear indication on Monday that several youngsters are set to be involved in the seniors' match day squad later this week when five Under 23s regulars were omitted from the squad facing Crystal Palace on Monday lunchtime.

Central defenders Ajibola Alese and Jamal Baptiste were both absent from Mark Robson's side, as were full backs Harrison Ashby and Emmanuel Longelo.

And 17-year-old striker Sonny Perkins, who made his first team debut in the closing stages of the win against Vienna was also missing from Robson's 16-man squad.

Moyes currently has just two first team central defenders available for selection, with Angelo Ogbonna out for the season and Kurt Zouma having been injured during Saturday's 3-2 win against former club Chelsea.

Both Craig Dawson and Issa Diop could be rested on Thursday with a trip to Burnley scheduled for Sunday, just three days after the Zagreb clash.

Qualified: Europa League Group H current stands
* Something to say about this story? Please visit the KUMB Forum to leave a comment.