Armstrong Okoflex might just have played himself into contention for West Ham United's Europa League tie against Dinamo Zagreb on Thursday evening.

David Moyes is already set to add several Under 23 players to his squad for the Europa League tie at the London Olympic Stadium later this week.

And Okoflex did his chances of being included no harm at all when notching a hat-trick for Mark Robson's side in their 4-2 win against Palace in their latest Premier League 2 Division 1 outing at the Crystal Palace Training Centre on Monday. 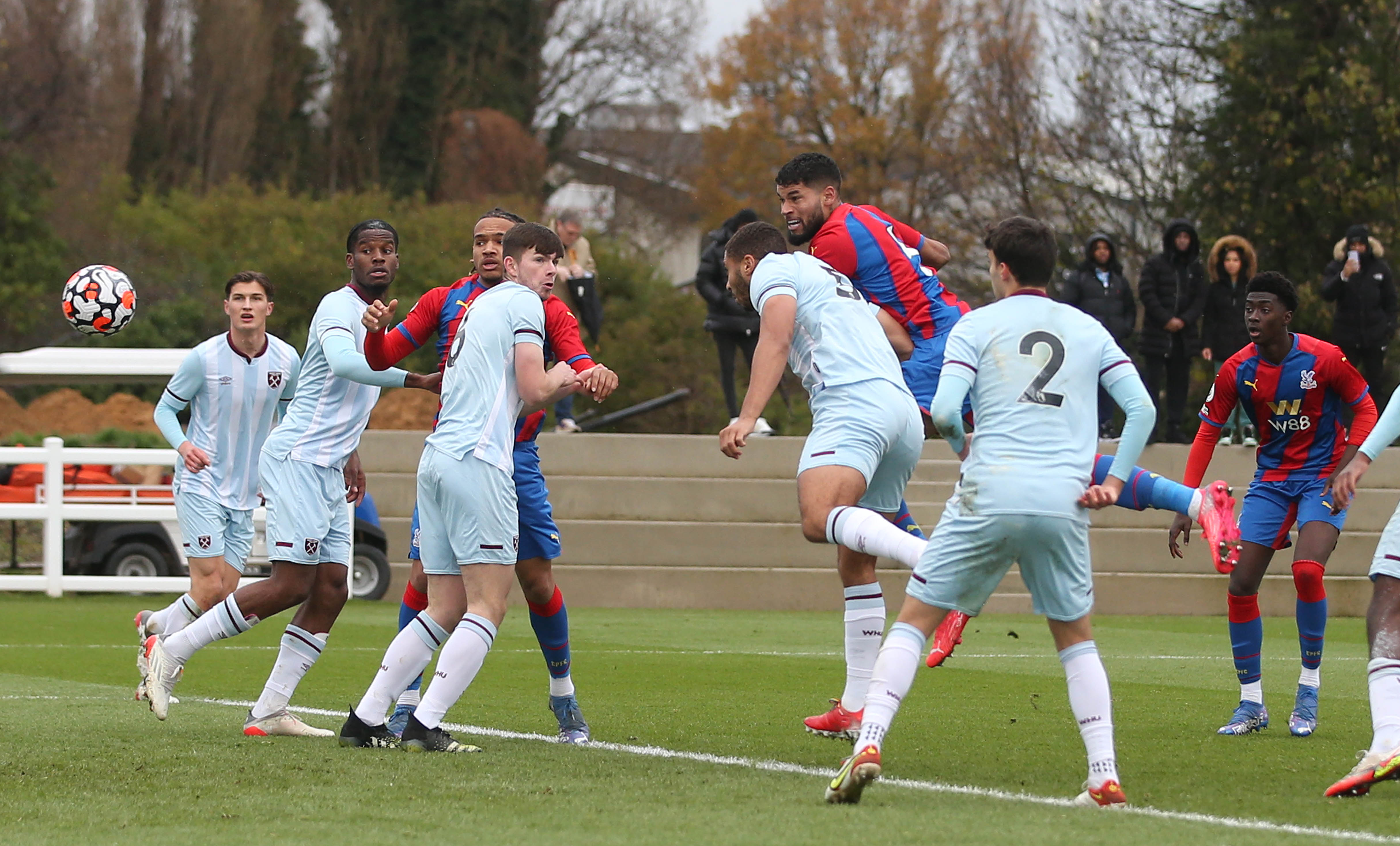 Despite falling behind after just nine minutes to Jay Rich-Baguelou's header, which arrived via a Boateng cross, the Hammers entered the half time interval on level terms thanks to Okoflex's opening goal of the game.

The 19-year-old's first of the afternoon arrived in the final minute of the half via the penalty spot, following a foul on Dan Chesters by Palace goalscorer Rich-Baguelou.

The hosts regained the lead just seven minutes after the restart when Jesurun Rak-Sakyi, who had missed a great chance to score moments earlier atoned for his error by slotting home form inside the penalty area.

Like the seniors against Chelsea on Saturday, West Ham drew level for a second time on 58 minutes when Okoflex doubled his account for the day with a fine finish from a Ekwah pass.

And just four minutes later West Ham were awarded a second penalty which Okoflex stepped up to covert and complete his hat-trick.

The Hammers were still not finished however and a fourth and final goal arrived with just nine minutes of normal time remaining, with Swyer completing a smart move; Fevrier grabbing an assist.

The win puts West Ham four points clear at the top of the table, ahead of second placed Tottenham and five points clear of Arsenal who have a game in hand on the Hammers.

Goals: Rich-Baguelou (9), Rak-Sakyi (52)
* Something to say about this story? Please visit the KUMB Forum to leave a comment.