The Footballer’s Football Podcast is the first time two Premier League stars have come together to give fans their unique, unvarnished take on what’s it’s like to play, week in, week out, in the best league in the world. 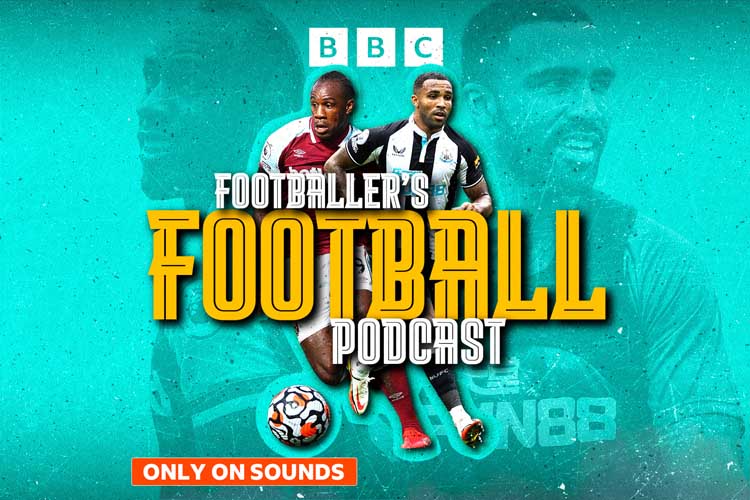 West Ham’s number nine Antonio and Newcastle’s Wilson will be joined every week by very special guests, including Hammers fan Russell Brand in episode one. The new twelve-part series is produced by What’s The Story? Sounds for BBC Radio 5 Live and is available on BBC Sounds from Friday 3rd December.

Expect incredible first hand insight, direct from the training ground to the heart of the top flight match day action, as the players reflect on the weekends action, including their own performances and those around them.

Antonio said: “This podcast is a first, and I love that. I love breaking the mould, being the innovator. We’re going to tell it like it is.

“We’ll cover the big talking points and reveal the reality of life as a Premier League player. My dream guests would be Beyonce and Jay Z. I’d also love to interview Idris Elba, he’s someone else that’s broken the mould, top guy.”

Newcastle's Wilson added: “We live, breathe and sleep football, so to get our perspective on the game is something a little bit different.

“You won’t hear from pundits, don’t get me wrong – they have their place. But this our place, straight from the pitch to the podcast. My favourite person to interview would be Usain Bolt, I’m sure I can beat him over the first 10 or 20 metres. Let’s see if we can make that happen!”

Frank, open and funny, this podcast comes with a bucket full of belly laughs, as fans enjoy a player’s point of view of the beautiful game.

Richard Maddock, Commissioning Editor, BBC Radio 5 Live, added: “For us to secure not one - but two - leading Premier League players to host a podcast for BBC Sounds is a truly mouth-watering prospect.

“It’s what the world of podcasting has been missing. We love our pundits but hearing directly from a Premier League player, week in, week out, is an extraordinary first for fans and listeners.

“And it turns out that both Michail and Callum are as comfortable in front of a mic as they are in front of goal. Just sit back and enjoy the unique and unvarnished insight they will bring every week for the next twelve weeks.”

The first episode of The Footballer’s Football Podcast is available on BBC Sounds from Friday 3rd December. Weekly episodes follow every Friday.
* Something to say about this story? Please visit the KUMB Forum to leave a comment.