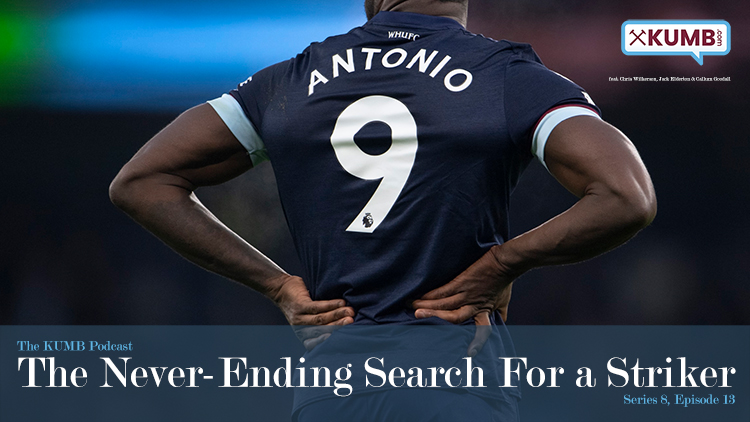 Episode 13 of the new KUMB Podcast is out!

Episode 13 of the new series - entitled 'The Never-Ending Search For a Striker' is available now to watch via KUMB.com's YouTube channel - and neatly embedded below so you don't even have to leave the site to watch!

In this week's show, the team take a look back at the last-gasp defeat at Manchester United.

From an analytical perspective Jack and Callum examine West Ham's attacking fluency, while looking at the latest transfer rumours plus much more.