David Moyes may have his West Ham United team playing 'the beautiful game' at the moment.

With the Hammers riding high in the Premier League, Moyes has taken plenty of plaudits for the attractive nature of football played by his team.

Embed from Getty Images
Harsh, on the face of it: Moyes downvoted by app

However a survey by Betway has revealed 58-year-old Moyes was ranked joint 18th in a poll to determine the Premier League's 'best looking' manager - ranking above only Leeds United's Argentinian boss Marcelo Bielsa.

Using the ‘Beauty Score - Are You Pretty?’ app, all 20 top-flight managers were analysed to determine who tops the league for their good looks. 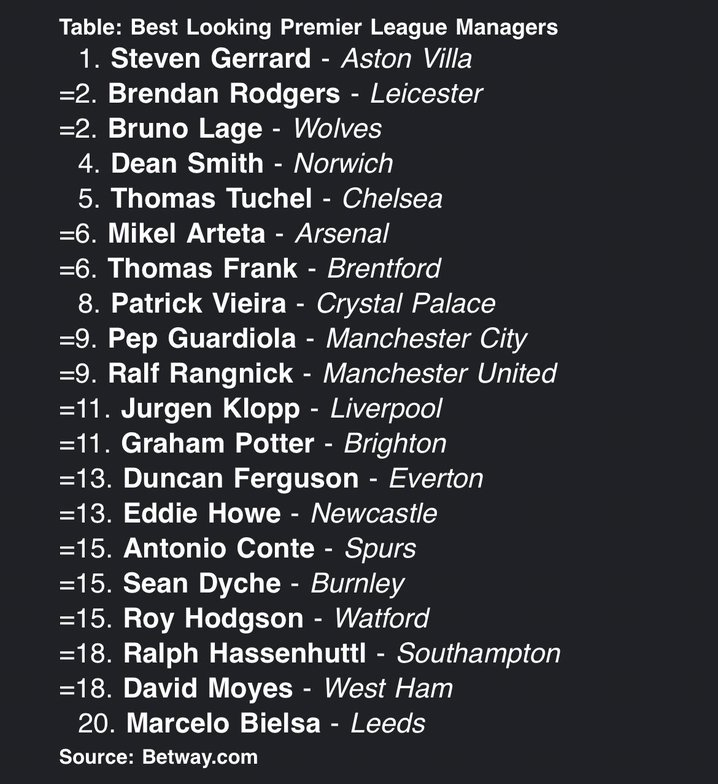