Robert Banks is well known in the West Ham United community as the author of a series of books covering the club, plus his popular columns for OLAS and Hammers News.

Best known for penning some of the finest West Ham-related works of recent years - such as An Irrational Hatred of Luton (1995), West Ham Till I Die (2000) and The Legacy of Barry Green (2003) - Robert has now turned his attention to video.

That has seen the author take a deep dive into the archives to produce a series of excellent videos which he has entitled 'The John Lyall Years' - all of which may now be seen now his YouTube channel (or here on KUMB, below). 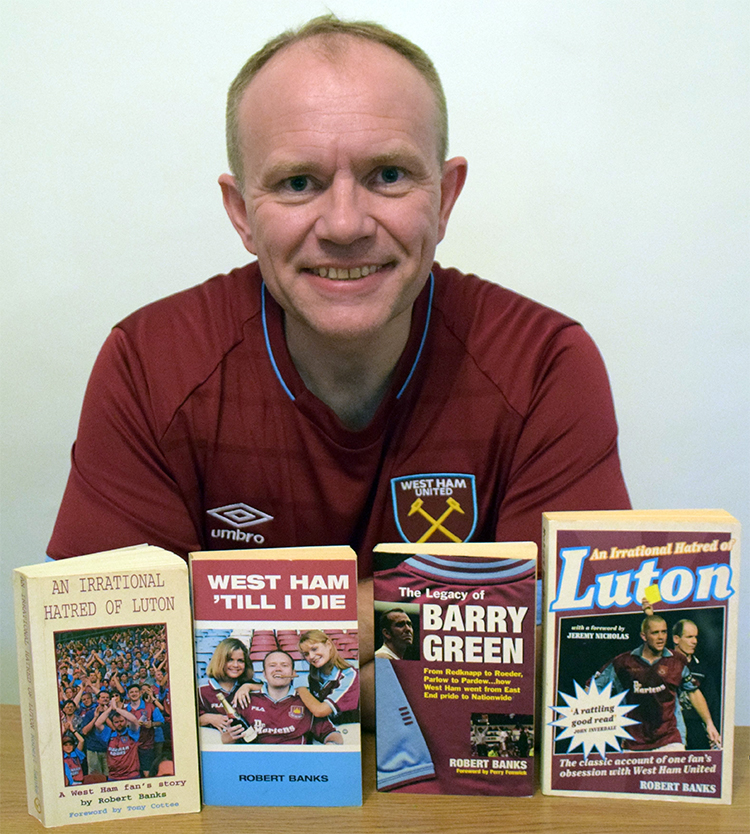 Rob pictured with some of his books

"'The John Lyall Years' was born out of a desire to map West Ham’s history in a logical and chronological way," Rob told KUMB. "I had seen a similar thing done by a Leeds Fan, Marc Gibbons, on YouTube called 'The Wilderness Years' charting the period between 1975 and 1988. I loved it and wanted to do something similar.

"Speaking to Marc thought, it was clear that he was a professional video editor with a MacBook Pro and access to endless TV and newspaper archives. Here I was with my Samsung tablet, software that cost me thirty quid, a bank of West Ham videos converted from VHS and a subscription to YouTube Premium!

"The Leeds videos reminded me of the BBC series 'Match of the 70s/80s' and I remember loving watching them but always being disappointed by the lack of West Ham clips (if West Ham did feature it was usually because they were being trounced by Liverpool or Arsenal). So here was an opportunity to record something that would chart each game in sequence – but where to start?

"I still feel that John Lyall is underrepresented in our club’s history and his achievements should be featured more prominently," he continued. "Probably my age. So I decided to make the series about his tenure, starting when he took over first team affairs in 1974. The aim was to spark memories for those who remember that period, and educate those too young, but who might have heard the stuff of legend. 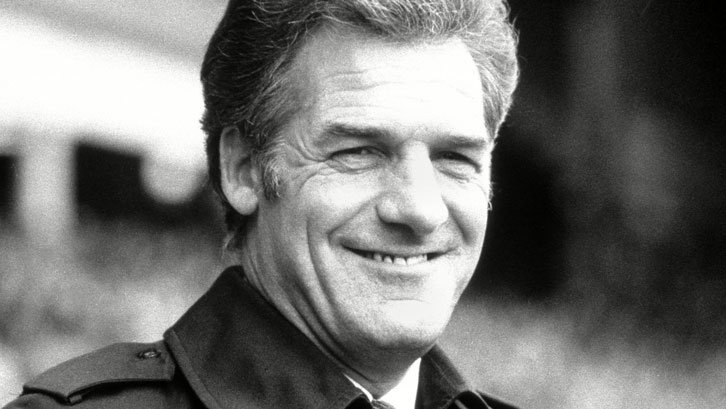 "Let us remember that Lyall’s reign was not all beer and skittles. The video clips selected in highlights packages tend to concentrate of the glory – not the pain. There was a lot of pain. This series is a warts and all documentary – and weaves in news stories, TV shows, films and the chart music of the time into what aims to be the complete package.

"Lifting most of the footage from my own digitised video collection or from YouTube, and using MP3 tracks available online, it means that every single video has a copyright claim on it so they cannot be monetised. That was never the aim – the aim is to share West Ham’s history with a new audience and provide the comfort blanket of cherished memories for those old enough to remember.

"Above all, it is supposed to be fun and enjoyable. Comments so far have all been positive so please feel free to share, subscribe on YouTube and comment. If you are in contact with any former players who played under Lyall do please forward the videos on and see if they might be prepared to provide quotes or photographs for future editions. I am doing four episodes per season, so it will be running for a while.

"Many thanks for watching and I hope you enjoy."

Rob's labour of love can be viewed via his YouTube channel - which also features plenty of other West Ham United-related content. You may also watch each of the nine episodes available so far below...