David Moyes has refuted reports that West Ham are hoping to sign Memphis Depay from Barcelona.

The Dutch international is likely to become a free agent within the next few days and reports yesterday claimed that an unnamed London club had made an offer for the winger.

However Moyes admitted during his Friday press conference that although West Ham had expressed interest in signing the player, he will not be coming to east London.

When asked about the story, Moyes replied: "We are not working on signing Memphis Depay."

And replying to a question regarding a purported link with Sporting midfielder Matheus Nunes, he added: "We bid for him but the boy chose not to come.

"We are trying to add players that can make us competitive and try and put us near the top of the league. We want good quality players.”

We'll have more for you from the manager's press conference soon...
* Something to say about this story? Please visit the KUMB Forum to leave a comment. 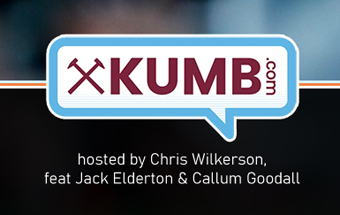 The return of the king